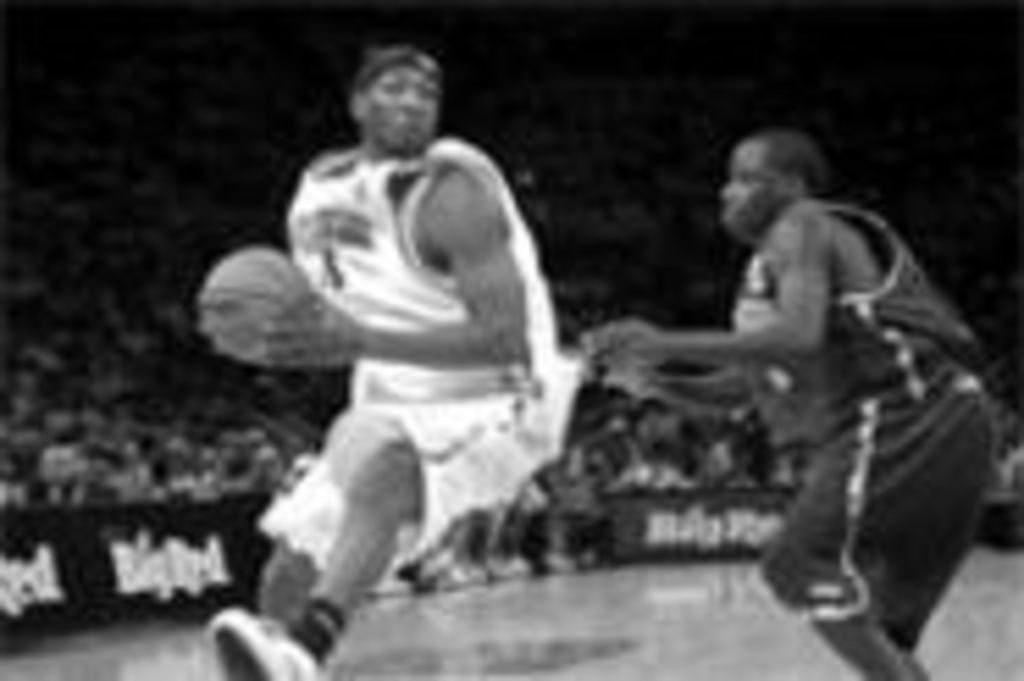 SAT 7/30
Most of the basketball players in AND1’s lineup are as good as their NBA peers but lack the size and strength to make it in the big time. Nevertheless, the AND1 Mix Tape Tour is a noteworthy alternative to the NBA, which has fallen out of favor with many fans thanks to on-court violence and mediocre play that seems stale in the post-Michael Jordan world. Players such as Waliyy “Main Event” Dixon don’t do mediocre. Known for midair acrobatics such as the 360 dunk, Dixon should impress the crowd with his razzle-dazzle dribbling and ability to shoot three-pointers from what may seem like his home state of New Jersey. Add a throbbing hip-hop beat and we’re sold. The event starts at 7 p.m. Saturday at Kemper Arena (1800 Genessee), but aspiring AND1 ballers should be there by 3:30 p.m. to sign up for a tryout session that starts at 4 in the Kemper parking lot. We’re expecting good things from the street-basketball contingent. After all, our own courts have produced Pembroke Hill graduate and current Charlotte Bobcat Kareem Rush and former MU standout Anthony Peeler, of Paseo Academy fame. Tickets range from $18 to $51. Call 816-931-3330. —Todd Broockerd

SAT 7/30
It was only a matter of time until people incorporated global-positioning-system technology in an organized sport. Drivers equipped with the satellite mapping devices can now go geocaching. The geo is for geography, and caching is a hiking term for hiding and preserving provisions. Here’s the basic idea: Any old fool can set up a cache, placing whatever he pleases wherever he pleases — say, a case of bottled water next to a tree in Swope Park or a mix CD behind the bar at Jilly’s. GPS users seek out the location coordinates on the Internet in what’s essentially a worldwide, high-tech scavenger hunt. Anybody can try it out at the Kansas City Outdoor Club’s 35th anniversary celebration, from 9:30 a.m. to 1 p.m. Saturday at Loose Park (51st Street and Wornall Road). The event also includes hiking, three-legged races and bocce. Write to KCOCemails@aol.com. —Sarah Smarsh

SAT 7/30
Saturday’s National Wrestling Alliance Central States wrestling tournament introduces the Sunflower State to Sabu — né Terry Brunk — who has also been, in past wrestling lives, Cocoa Samoa and Black Ninja. Sabu is known for his head scarves as well as for his signature finishing move, the Flying Arabian Facebuster. His catchphrase? “Homicidal! Genocidal! Suicidal!” That’s slightly scary — even for wrestling — but Sabu’s going up against Michael Strider, whose awesome motto is “Serving your ass-kickin’ needs since ’97.” There’ll be no end to understatement when doors open at 6:30 p.m. at the Lawrence Community Building (115 West 11th Street) and matches start at 7 p.m. Tickets are $15 at the door. See www.nwacentralstates.com. —Christopher Sebela

If Dancing With the Stars inspired you, head to Friday night ballroom dance lessons at the Heart of America Dance Center (220 Southeast Douglas in Lee’s Summit, 816-554-3033). Instructor Gary Cox teaches the merengue and more, but without B-list stars to offer as partners. Lessons start at 7:30, and there’s a dance afterward from 8:30 to 10:30; $10 buys you admission to both. — Rebecca Braverman