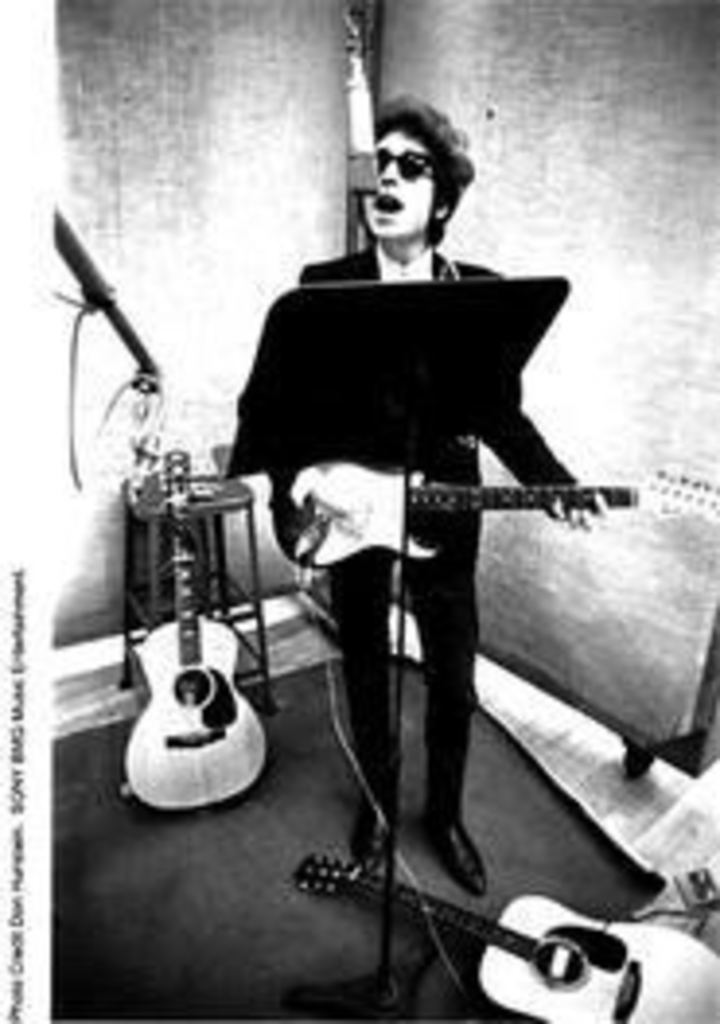 Bob Dylan‘s 1960s apex intersected with the height of analog recording technology. His relatively simple songs and minimal arrangements afforded a good approximation of the man’s live performances, but this effect was the result of the relatively unheralded and now disappearing art of sound engineering. Dylan’s upcoming Kansas City performance is a good occasion to talk about an endangered aspect of recorded music: dynamic range. Boring stuff? It’s only the battlefield between artistry and the bad decisions made by corporate music executives.

You know that television broadcast technique that makes the commercials sound louder than the shows they sponsor? Big-label suits think that’s a really good idea. As a competitive tactic, they’ve applied it to nearly every CD on the market.

The dynamic range of a vinyl record is around 55 decibels. The engineering challenge was keeping individual sounds within the high and low thresholds allowed by vinyl — too much volume, and the groove might widen into its neighbor, causing a skip.

By contrast, compact discs have a dynamic range of about 90 decibels, which means that sound engineers can more accurately emulate the sound complexity of a live performance. But instead of capitalizing on the excellent signal-to-noise ratio afforded by CDs, music executives have decided that making music as loud as possible is the only way to capture the attention of consumers. Through digital overcompression, every sound in a recording is accorded equal weight. That’s why everything on the radio sounds like Linkin Park. The trip from Highway 61 Revisited has been a long one, and not many people even know how we got here.

Dylan teaches a master course on the traditional American art of dynamic range at Starlight this week. Study the texts — 2003’s CD reissues of Dylan’s best albums and last year’s plangent Modern Times — and be prepared to listen closely. He’s not always loud or clear, but he always sounds right.

“Subterranean Homesick Blues” by Bob Dylan, from the documentary Don’t Look Back:

The Pitch's delightful winter pop up round-up for December 2022