Hieronymus Bosch: Touched by the Devil, opening Friday, shows how the Nelson’s Bosch was authenticated

It is said that the Dutch painter Hieronymus Bosch never left ‘s-Hertogenbosch, the town where he was born and where, 500 years ago, he died. But the art he left behind — bizarre, grotesque, hilarious, terrifying — could have been conceived only by someone who’d seen places (heaven? hell?) accessible to no one else. Not the stuff of Sunday school are “The Garden of Earthly Delights” and “Death and the Miser,” with their casts of malevolent and benign spirits and their glimpses of suffering and damnation. 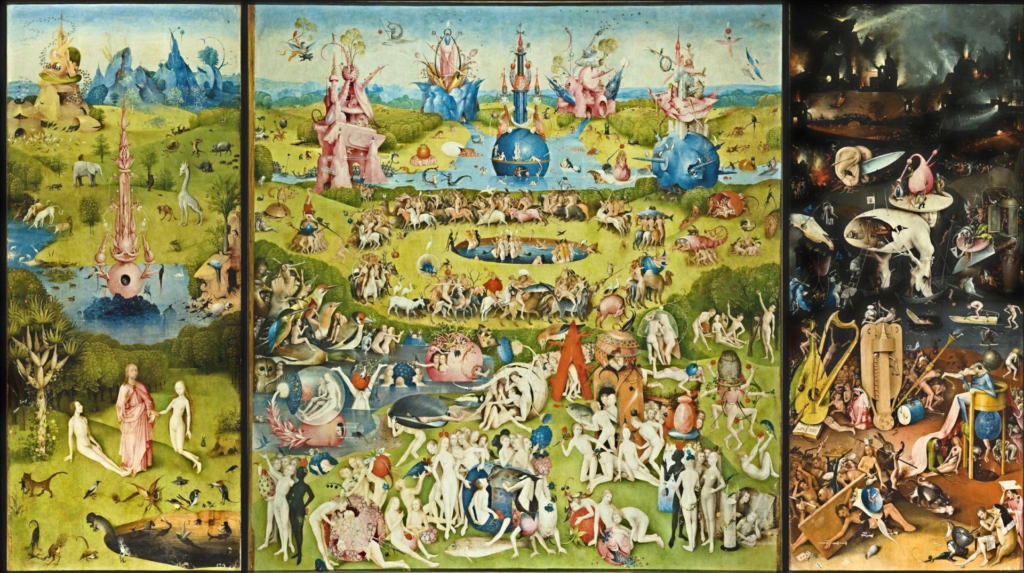 Bosch has managed his own kind of eternal afterlife, thanks to the never-ending fascination his biography and paintings still exert on viewers and scholars. His art has been reproduced or displayed in places the world over, and his style and imagination continue to be broadly influential.

“He’s a very contemporary painter, too. It sparks the imagination of every generation in different ways,” says Julián Zugazagoitia, the CEO of the Nelson-Atkins Museum of Art — which, the world learned this year, has long housed a fragment of Bosch’s “The Temptation of St. Anthony.”

“In the 1930s, it was seen as very surrealist, like the mindset of the surrealist artists. Today, I could even see if you could imagine ‘The Garden of Earthly Delights,’ you could think of contemporary artists … you could think about video games or Pokémon. Each generation finds something appealing, whether in the big paintings or in details of the work.”

According to Zugazagoitia, “St. Anthony” had been in the Nelson’s archives, but museum officials were hesitant to display it because the techniques to verify its authenticity weren’t available.

“We acquired the painting in 1935, so this is one of the early acquisitions, and our records indicate that we got it out of a gallery in New York,” he says. “One of the interesting things is that the First World War made some great works of art available from Europe to the U.S., and this is perhaps part of that kind of movement. It’s sketchy at best.That’s why noble families and even royal families sold art that never would have been seen before in the U.S.”

Dutchman Pieter van Huystee has spent the last few years studying Bosch’s art and enigmatic life. His new documentary, Hieronymus Bosch: Touched by the Devil, which opens at Tivoli Cinemas on Friday, documents how historians Matthjis Ilsink (who serves as the host of the film) and Robert G. Erdmann, among others, determined that “The Temptation of St. Anthony” was Bosch’s own work. (Scholars believe that only 25 or 26 paintings exist that were made by Bosch himself rather than by students in his workshop.) The experts looked at the rings in the wood to judge the age of the painting, and used X-ray and infrared photography and computer technology to solidify their conclusion.

“It was undoubtedly from the time,” Zugazagoitia says. “That was never in question. But it was not certain if it was from the hand of the master himself or from the studio.”

When the announcement was made earlier this year, The New York Times, The Guardian and news outlets around the world trumpeted the painting’s rediscovery.

“I was totally surprised by the immediate impact of the announcement that it was an original and therefore upgraded to the official canon,” recalls Zugazagoitia, who appears toward the end of the documentary. “It hit the world Japan, Paris. In the Netherlands, it was on public TV. It was breaking news on three or four channels. As I was driving back to the airport, people were saying, ‘Oh, you were the one! You were on TV. You brought the Bosch to us!’ It was the kind of visibility and good news I had never experienced before.”

As usual with Bosch, though, solving one mystery doesn’t close the whole case.

“This is, of course, a fragment of a much larger panel, so what the current restoration and the studies have shown is that it was cut on four sides,” Zugazagoitia says. “We don’t know where the rest of the panel is and what it was attached to. We were hoping that all the studies would have connected it to another work of art that is known today, but they didn’t.” 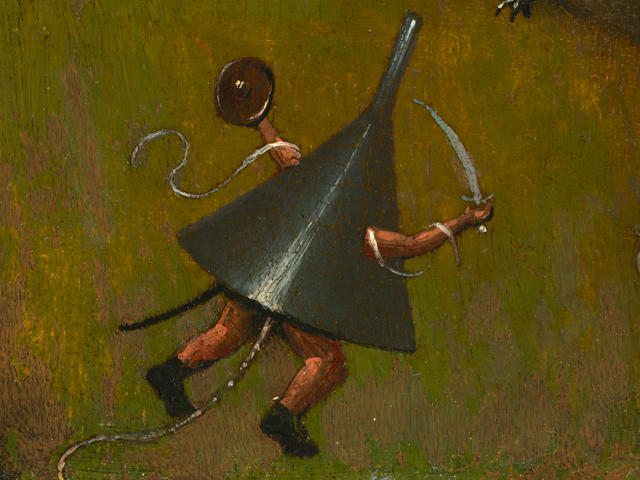 Kansas Citians who want to see St. Anthony tormented by a funnel with arms and legs will have to wait until next year to see “The Temptation of St. Anthony” in person. In the meantime, van Huystee’s film offers a chance to view Bosch’s paintings in a way that even museumgoers can’t.

Bosch’s paintings sometimes have hundreds of things happening at the same time or even depict events that are years apart simultaneously. By cutting to close ups, van Huystee can bring new insight to Bosch’s art with tools that didn’t exist when the painter was alive.

The director recalls that an expert who had gone to Madrid to see the original “Garden of Earthly Delights” told him: “I liked it, but I was not moved by it. It didn’t touch my heart.” When the expert saw van Huystee’s documentary, though, he said to the director, “Now that I see it in the film, suddenly it touches my heart because I’m so close to the details.”

In the details, perhaps, is the truth about Bosch — or as close as we can get.