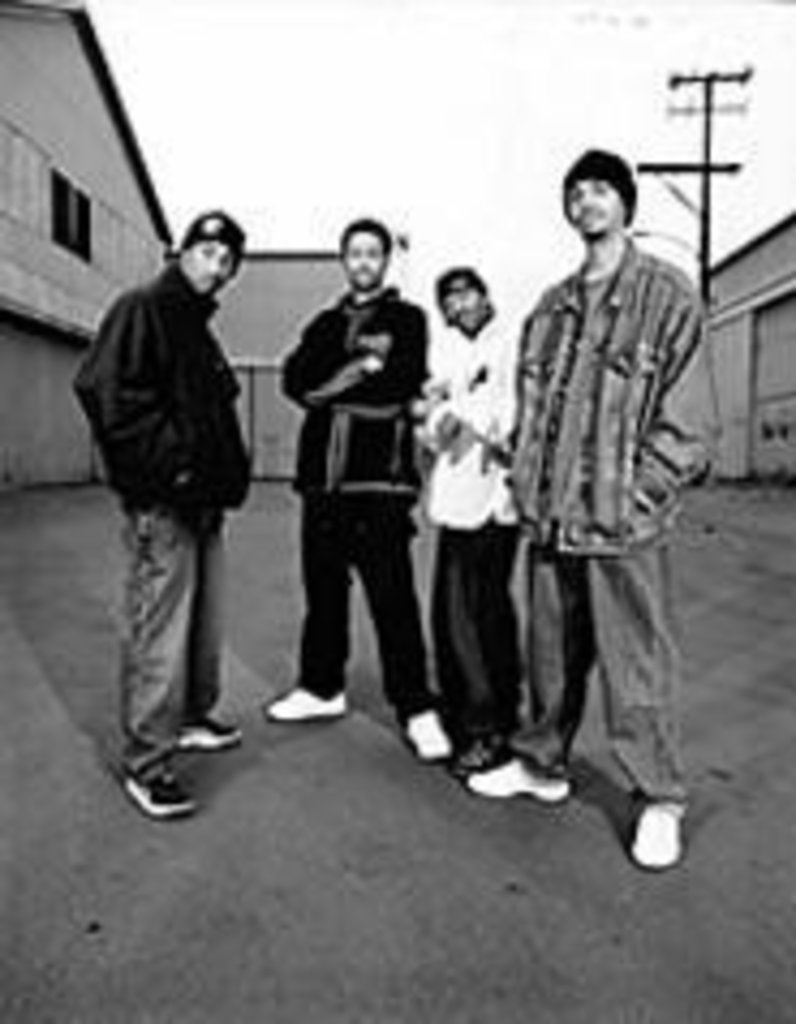 A tight-knit, Oakland, California-based crew whose members have tasted major-label sweetness and bitterness, Hieroglyphics now wrecks shop on the down low. Regardless of its configuration, it deftly balances boho and street impulses. Hardcore hip-hop heads still revere Del Tha Funkee Homosapien for his 1991 debut I Wish My Brother George Was Here, but Del has also nipped the mainstream’s underbelly with his rhymes for Gorillaz and masterminded the sci-fi concept group Deltron 3030 with Dan the Automator. Like Kool Keith with his id kept in check, Del’s a goofy yet bright presence in the underground. His buds in Souls of Mischief dropped the slept-on classic ‘93 ‘Til Infinity, and Casual and Pep Love have caused ripples among backpackers with their polysyllabic flows and clever put-downs. All of these cats are competent team players, like power forwards consistently contributing 12 points and 8 rebounds a game.