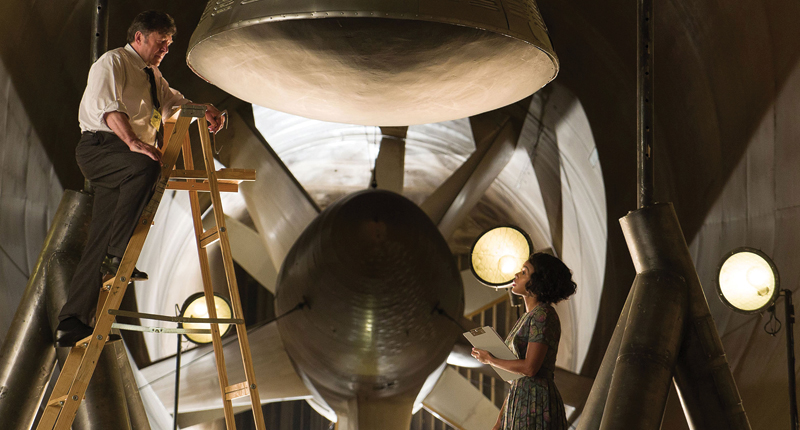 Tonight on IFC, Fred Armisen and Carrie Brownstein are back for a seventh season of Portandia.

%{[ data-embed-type=”oembed” data-embed-id=”https://www.youtube.com/watch?v=cv7yrl9-LWo” data-embed-element=”aside” ]}%
I’ll be the first to admit that when this show premiered, I figured it would have a short life and appeal only to the Northwestern-progressive body politic it lampooned. Portlandia continues to exert its original boutique appeal, but its constellation of absurd characters and continuing storylines has grown impressively bigger. Regulars Steve Buscemi and Kyle MacLachlan are back this year, as well as special guest stars such as Maria Bamford, Tim Heidecker and the B-52s.

With movies such as The Babadook and The Witch, the horror genre has seen a renaissance in character-driven, psychological thrills over the past couple of years. The new frightfest The Autopsy of Jane Doe, starring Brian Cox and Emile Hirsch as a father-son team working in a morgue, is getting similar buzz. If you saw the 2010 cult hit Trollhunter — a found-footage, Blair Witch–style mockumentary about students who hunt giant mythical creatures in Scandinavia — then you know how clever and entertaining director André Øvredal can be. The Autopsy of Jane Doe looks to be a reinvention of the haunted-house subgenre; it opens today, exclusively at the Screenland Tapcade.

Another movie that opened yesterday in theaters is Hidden Figures, a formulaic slice of “true story” U.S. history that kind of hits the spot right now. In this divisive post-election environment, it can’t hurt to gather around a cleanly packaged reminder that our country has more in common than we think, and that we have achieved great things by working together. Taraji P. Henson, Octavia Spencer and KCK native Janelle Monae play three African-American women who turn out to be crucial to the early successes of NASA in the 1960s. The movie isn’t subtle, and it’s definitely not going for realism, but there’s something reassuring about seeing a worked-up Kevin Costner destroy a “colored” sign on a bathroom with a baseball bat.

I’m not sure I can take too much of host Jimmy Fallon’s unbearable mugging, and some of the nominees this year are highly suspect. (I’m looking at you, Hacksaw Ridge.) So why am I listing the 74th Golden Globe Awards, airing tonight at 7 on NBC? Because I’m sorely, sadly addicted to the horse race of movie-awards season. I know it’s silly to care about gold statues given to famous people who make entertainment, but I justify it this way: A nomination or a win on network TV for a great piece of art that would otherwise go unnoticed (small movies like Captain Fantastic, Moonlight and Manchester by the Sea, especially) might get people to double back and find said great art. Not that you should wait for dubious validation to seek out those movies.

Mackenzie Crook is probably still best known in America as Ricky Gervais’ nerdy sidekick Gareth (who later became Dwight in the U.S. version) from the original The Office, but he has kept busy since those days. His latest venture is writing, directing and starring in Detectorists, a quietly funny and melancholy BBC Four series about two sad sacks (played by Crook and Tony Jones) who are only truly alive when pursuing their hobby of treasure hunting with their top-of-the-line metal detectors. Season 1 was a charming, unconventional effort, and all six episodes of Season 2, plus a bonus Christmas special, are available now to stream on Netflix.

Add Tom Hardy to the list of big-time movie stars who’ve shepherded passion projects to life on the small screen. Along with his father, Chips Hardy, and writer Steven Knight (Locke, Peaky Blinders), he is producing Taboo, a limited series debuting on FX tonight. The show is set in 1814, and Hardy plays an out-for-revenge adventurer who builds his own shipping empire. Reliable supporting actors on the show include Jonathan Pryce, Micheal Kelly and Franka Potente. Unlike last year’s British miniseries The Night Manager, which debuted in the U.K. months before it aired on AMC, Taboo is showing concurrently on BBC One, so it’ll be new to all of us. Fingers crossed.

Cary Grant and Rosalind Russell defined the lightning-fast delivery and perfect timing of every screwball comedy since in Howard Hawks’ 1940, newsroom-set His Girl Friday, which was just released in a must-have Blu-ray by the Criterion Collection. Buy it immediately and watch it often because there’s no way to catch every joke on the first viewing. The Blu-ray comes with an HD restoration of the movie, lots of new and archival making-of featurettes, and a new 4K restoration of The Front Page, the pre-code 1931 comedy that it’s based on. For His Girl Friday, Hawks changed the sex of Russell’s reporter Hildy Johnson, so it’s him we have to thank for the simmering sexual tension and dexterous one-upmanship that make this film one of the best-loved movies of Hollywood’s studio era.