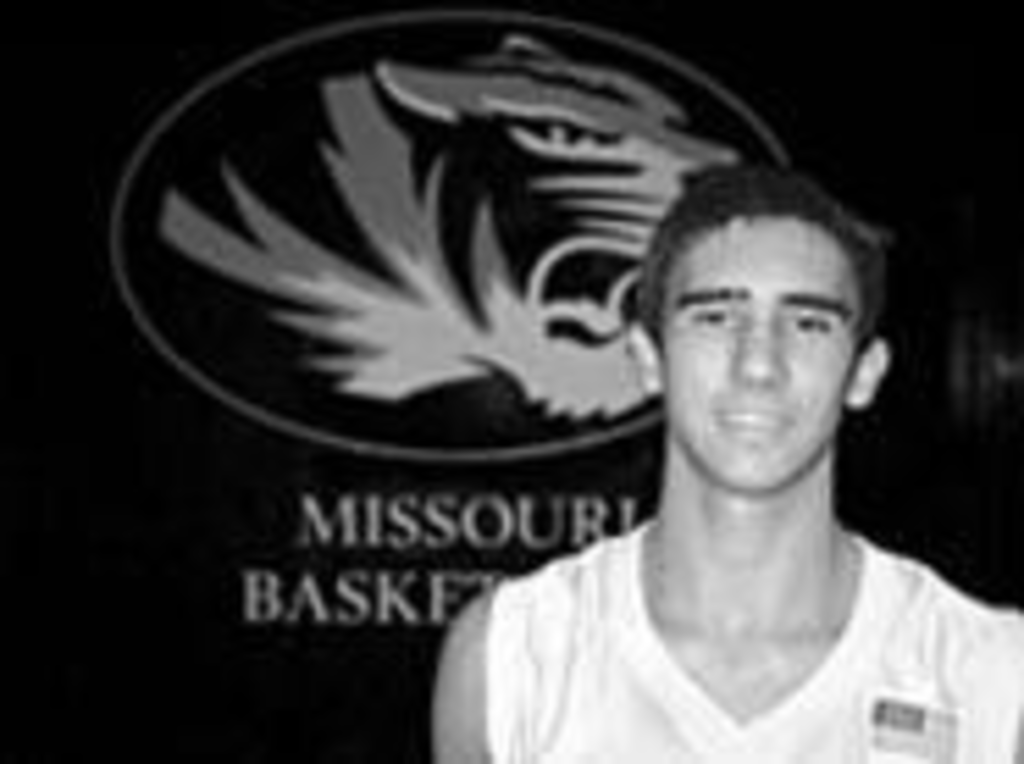 Spencer Laurie, the 6-foot-1-inch senior point guard for Springfield’s Kickapoo High School and one of the University of Missouri’s more famous basketball recruits, has an identity problem. People think he’s a spoiled rich kid whose best talent isn’t his jump shot but his place on the family tree.

Spencer’s aunt and uncle are Nancy and Bill Laurie — Nancy being the daughter of James L. “Bud” Walton, who cofounded Wal-Mart with his late brother, Sam Walton. Nancy and Bill own the St. Louis Blues and the Savvis Center, the arena in downtown St. Louis where the Blues play. They’ve also donated $25 million to Mizzou to build a new basketball arena that could very likely be named the Laurie Arena.

That’s what I was thinking about as I settled into a seat at William Jewell’s Mabee Center to get my first glimpse of Spencer, the Prince of ‘Poo. Young Laurie’s Kickapoo Chiefs were in town for the Bank Midwest Holiday Basketball Classic in late December.

Laurie crossed center court, dribbling the ball in his left hand. Cole Thornton, the Truman High guard, pawed at him. Laurie faked left and then deftly crossed his dribble to his right hand while slipping past his frozen defender, drove to the bucket and tossed a high, strange-looking shot that landed a good 2 feet to the right of the hoop.

Just as I was questioning Laurie’s aim, a blur of speed and grace by the name of Devin Mitchell rose above the mass of bodies and hammered Laurie’s perfect lob pass through the net for a thunderous dunk. Mitchell, a 6-foot-5-inch forward for Kickapoo who has signed to play at Southwest Missouri State, pointed at Laurie as the teams hustled toward the opposite side of the gym.

Laurie didn’t notice Mitchell’s acknowledgment. He was busy setting up on defense.

“Ever since I started playing basketball, defense is something I’ve worked on really hard,” Laurie explains later. “Good defense turns into points for a scorer.” As a junior, Laurie shot 46 percent from behind the 3-point arc and averaged 20 points, 3 rebounds, 7 assists and 5 steals a game.

The kid is very polite. Unassuming. His eyes, which reveal little emotion on the court, are friendly up close. His shoulders slump as he downplays the role he plays on his nationally ranked team. “The best part of my game is that I try and make my teammates better,” Laurie says. “Get a steal, get them an easy layup.”

Two nights later, in the championship game against Cameron, Laurie puts on a 3-point shooting exhibition that sends the more-than-capacity crowd into one deafening explosion of noise after another. I see grown men rolling on the Mabee Center’s floor, or slapping one hand across their wide-open mouths while grabbing their privates with the other as Laurie drops in consecutive bombs from 25 feet out. Undefeated Kickapoo cruises to another easy win.

Five days later, sitting courtside at the Hearnes Center in Columbia, Missouri, I’m searching for more proof that Laurie is more than a paper prince. Kickapoo hammers Columbia Hickman in the MFA Oil Shootout, and Laurie and his teammates once again look to be the best team in the state.

Hickman is coached by Jim Sutherland, father of former MU basketball star Jason Sutherland. Coach Sutherland knows what it takes to play guard at Missouri. After watching Laurie’s crew dismantle his team, Sutherland smiles when I ask if the kid is an imposter.

“Missouri didn’t go after him just … because of his name,” Sutherland says. “The kid’s a player. He can do an awful lot of things. He can handle the basketball. He can shoot it, and he can shoot it deep. He can also take it to the bucket.” Sutherland pauses before handing out one of the highest compliments a coach can bestow on a player. “And he understands the game.”

Also taking in the action at the Hearnes Center is Rich Daly, who spent fifteen seasons as an assistant coach at Missouri under Norm Stewart. He was known as “Dr. Detroit” because of his success in recruiting talented players out of the Motor City for Mizzou.

“It’s not a gift,” says Daly of Missouri’s interest in Laurie. “He’s a very, very good player.” Daly has been watching Laurie at camps off and on for years. “He’s fundamentally excellent. He can distribute the ball to people — not just to pass them the ball, but where they can do something with it. And he can shoot the ball, also. There were a lot of other Big 12 schools after him, but they all backed off when it became obvious he was going to MU.”

Wouldn’t it have been easier on Spencer if he had taken one of those other school’s scholarships and spent his college years in a place where the name Laurie isn’t synonymous with royalty?

“I can tell you that Minnesota and North Carolina State sure talked to him a lot about that,” says Spencer’s father, Barry Laurie, laughing. Spencer seriously considered both Minnesota and NC State before deciding to sign with Missouri.

“We can’t imagine a kid growing up in Missouri and not wanting to play basketball for Quin Snyder at MU,” Barry says. “That’s how the Laurie family looks at it.”

The elder Laurie played basketball at Missouri in the late ’70s and early ’80s. “I played for Norm Stewart, and Norm’s about as good as it gets,” Barry says. Barry’s wife, the former Gayle Anderson, was a star gymnast for the Tigers. The family has decided to pay Spencer’s tuition his freshman year at MU instead of accepting a basketball scholarship. A source close to the Lauries says the family hopes this will reduce the backlash from people who think Spencer’s lineage is the reason MU recruited him.

“One thing I’d like to make clear is that our family is not rich,” Barry says. “My brother’s a billionaire, but my wife and I get up and go to work every morning.” Barry works in the fitness-equipment manufacturing industry. Gayle has a career in education. “It was quite a financial consideration for us to decide to pay for his college education,” Barry says.

“I can’t wait to get there with Coach Snyder and all the guys,” Spencer says, echoing his parents’ home-state loyalty. “I watch the Missouri games on TV, and what they’re doing up there is just great. I can really tell they’re moving in the right direction.”

The Show-Me state is waiting to be impressed.