Hero With a Thousand Faces 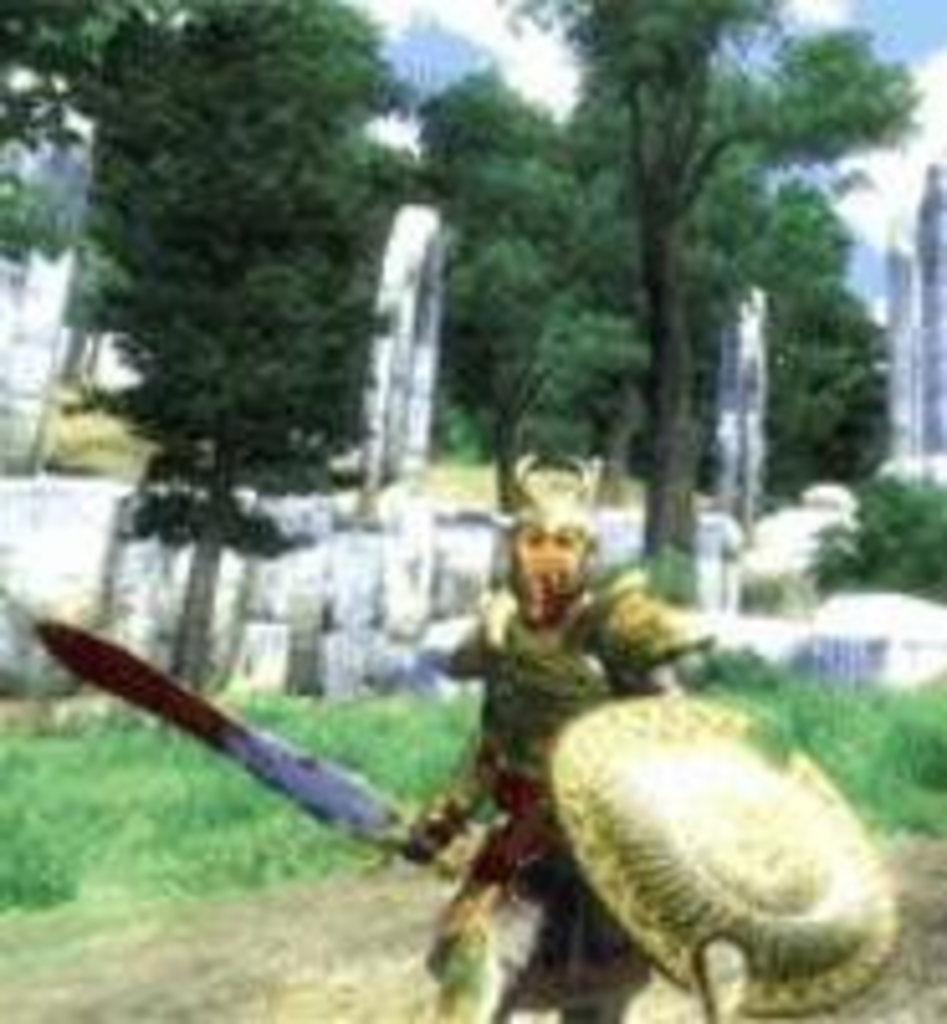 The biggest innovation videogaming saw in the past decade or so was the invention of the “sandbox”: Programmers create settings and consequences, but give you, the user, free license to do with them what you want.

Grand Theft Auto is certainly the best-known of these games. The carjackings, the hookers, the running-over of pedestrians — such things were incidental to what made the game important: that the player decided how to play it.

The Elder Scrolls IV: Oblivion is the first truly great sandbox role-playing game. It offers an awe-inspiring world in which to play. The sprawling 16-square-mile land of Cyrodiil is as jaw-droppingly gorgeous as Peter Jackson’s vision of Middle Earth, replete with alpine peaks, deep lakes, gleaming cities, and crumbling ruins.

Oblivion drops you right into the heart of it. As with any RPG, there’s an epic story at work. The Emperor of Cyrodiil (gravely voiced by Patrick Stewart) has been slain. The empty throne throws open the gates of Oblivion, its demonic residents pouring forth from the smoldering land of lava, dark towers, and stretched flesh. In his last few moments of life, the Emperor implores you to find his heir and “close shut the jaws of Oblivion!” With that, you’re off to save the world.

Maybe you don’t want to listen to Captain Picard. Instead, you want to explore the most fully realized, sprawling land you have ever seen.

Wanna wander forests and meadows, while looking for the odd mushroom to add to a potion?

Drawn to the halls of the Arcane University to study wizardry?

Or maybe you’d like to pave paradise and put up a racketeering operation: Welcome to the Thieves’ Guild, Tony Soprano.

Not nasty enough for you? Murderers are invited to join the Dark Brotherhood’s cadre of hired assassins. Or you can just go all the way to the dark side and become a vampire. (A word of warning: There’s no sunscreen in Cyrodiil.)

Rather than whack orcs, play as one; rather than pick a character type, make up your own — Oblivion allows you to do all this and more. Indeed, Oblivion‘s only “problem” is that it can be overwhelming.

Fortunately, the game manages to keep things simple. The controls are straightforward, so everything from swinging a warhammer to picking locks comes easily. Maps are plentiful and detailed, and allow you to “fast-travel” with a click of a button to places you’ve visited before. If a villager asks you to find something he lost in a nearby cave, a marker on your compass points the way. Hopping back and forth between multiple quests is simple, and your in-game journal keeps track of your progress.

Best of all, choosing one path doesn’t shut the door to the others: If you find your conscience getting the best of you, those Oblivion gates will still be waiting.

No other RPG is as vast as Oblivion. Nor does any other RPG handle so many different things so well; indeed, many developers would be content to build an entire game around any of the many diversions offered here.

Whether you end up splintering fellow gladiators’ shields in the arena, fleeing the city on horseback after a barroom brawl, or simply sitting on your virtual front porch on a rainy day, Oblivion astonishes. Where other games offer a sandbox, this one provides a beach.