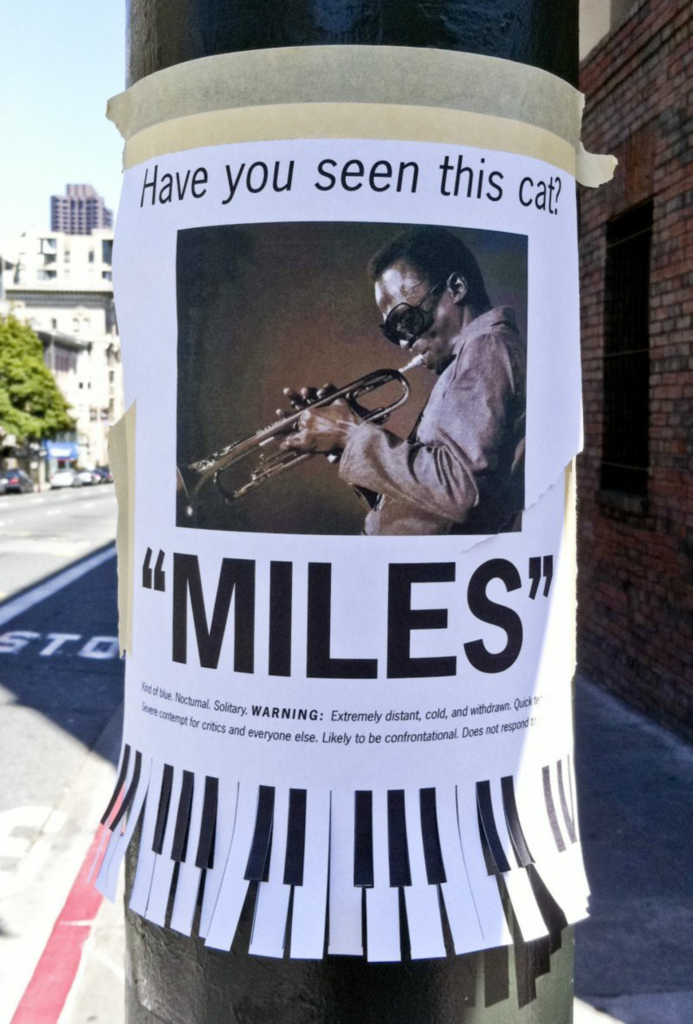 ​Miles Davis — also referred to by those in the jazz know as the “Prince of Darkness” — would have turned 85 years old this Thursday. But Kansas City jazz musicians will be keeping him and his legendary music alive and well at Crosstown Station with a tribute that spans the hits of his massive catalog, from as early as 1957’s Birth of the Cool to 1986’s Tutu.

Led by local jazz trumpet extraordinaire Hermon Mehari, the main band includes Andy McGhie on tenor sax, Brad Williams on drums, Dominique Sanders on bass, and Andrew Ouelette on keys. Other guest musicians include Matt Hopper on guitar, Matt Chalk on alto sax, and Pat Conway on percussion, among others. Expect such hits as “So What” from 1959’s Kind of Blue, and possibly some treasures from era of In a Silent Way and Bitches Brew, as well as some hand-selected, lesser-known favorites from the band. Check out a video of Mehari and the rest of the cats doing their thing at the Mutual Musicians Foundation after the jump.
Categories: Music
Tags: birthday, crosstown station, hermon mehari, Miles Davis