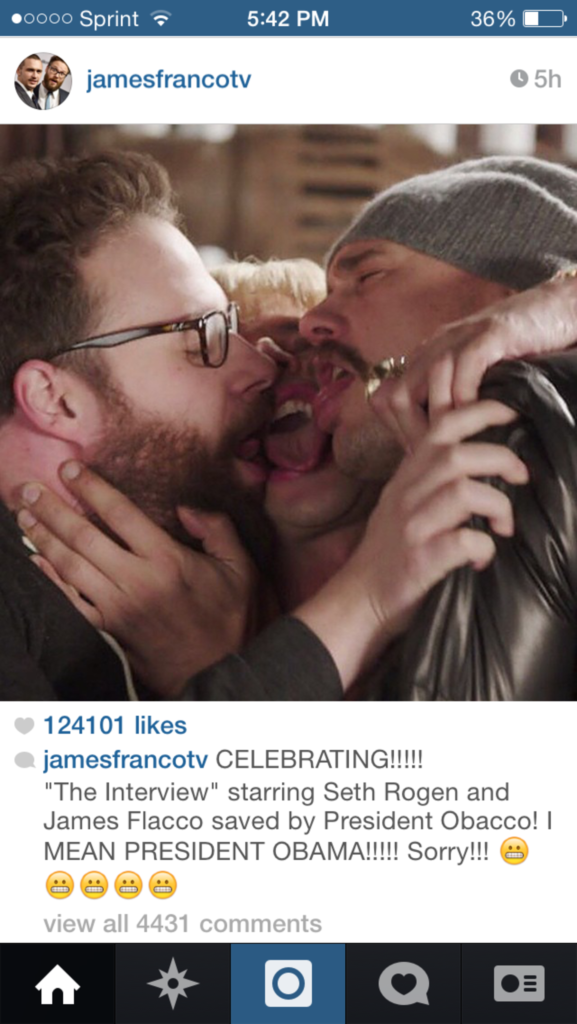 The long national nightmare of not being able to see a James Franco comedy because of vague threats from hackers came to a partially satisfying conclusion yesterday. Currently, the big theater chains — Regal, Cinemark, and the Leawood-based (and Chinese-owned) AMC Theaters — will still not be screening The Interview. But a growing number of independent theaters will screen the film starting on Christmas Day. Alamo Drafthouse CEO Tim League broke the news on Twitter yesterday, saying, “Sony has authorized screenings of THE INTERVIEW on Christmas Day. We are making shows available within the hour. #Victory.”

It’s unclear at this point for how many days the film will play at these theaters. It could expand into the multiplexes, or it might leave the indies after this weekend. Here’s the official statement from Sony:

“We have never given up on releasing The Interview and we’re excited our movie will be in a number of theaters on Christmas Day,” said Michael Lynton, Chairman and CEO of Sony Entertainment. “At the same time, we are continuing our efforts to secure more platforms and more theaters so that this movie reaches the largest possible audience.”

He added: “While we hope this is only the first step of the film’s release, we are proud to make it available to the public and to have stood up to those who attempted to suppress free speech.”

If you want to catch The Interview in Kansas City in the next week, hit up the following theaters. Thursday showtimes below.

The Interview also will play at Ragtag Cinema, in Columbia, starting Friday. This story is moving fast — 300 theaters had announced their intention to debut the film on Christmas as of Tuesday night, and Sony is said to be fielding requests from many more theaters — so we’ll update with any local additions.