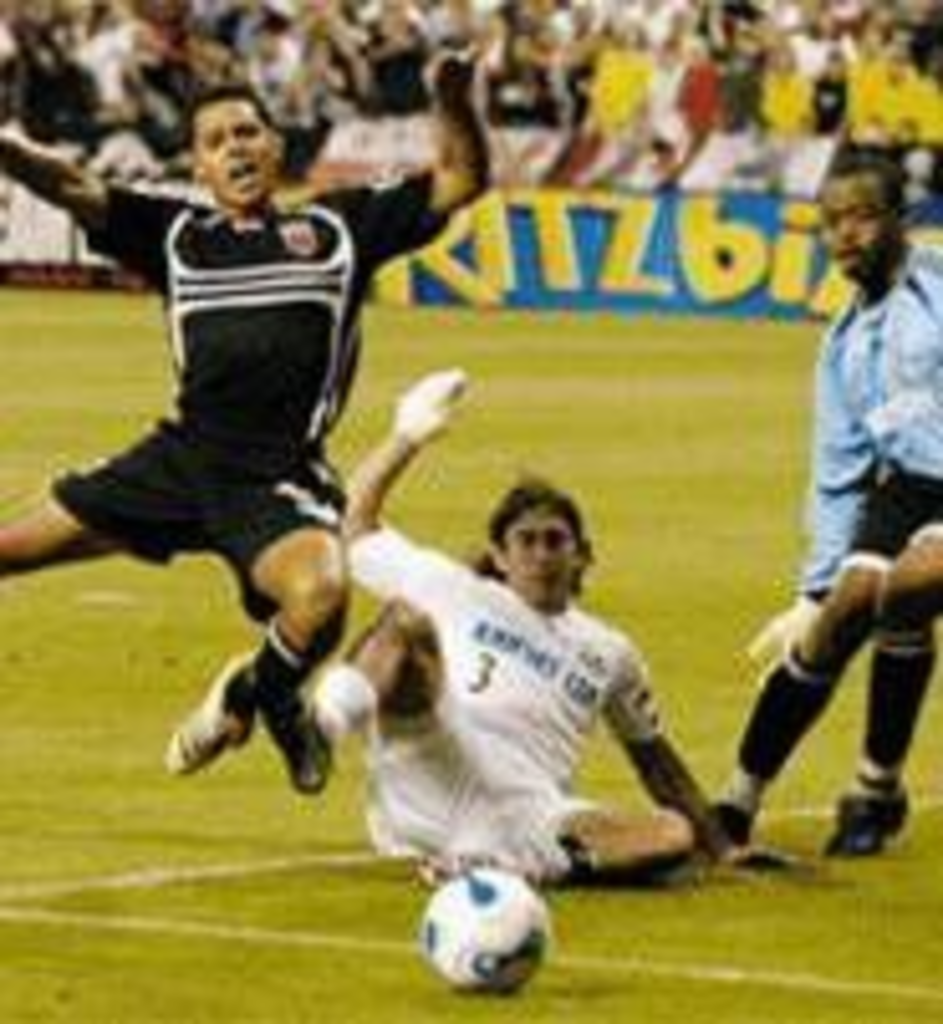 A few years ago, the guys who run Major League Soccer came up with a business plan: Exploit children.

MLS remains a money loser operating at the margins of professional sports. But the league found that it could get public assistance for new stadiums by pairing them with youth soccer fields.

The league now has its sights on Johnson County. On Tuesday, voters there will decide on a proposal to build a $75 million soccer park at 167th Street and U.S. Highway 69. The politicians and parents who support the idea say the county needs the 24-field facility for the thousands of youth soccer players who now compete on cruddy fields scattered across the metro. “Any place they can find green space in Johnson County, they’re playing,” Kevin Gray, president of the Kansas City Sports Commission, tells the Pitch.

The ballot issue says nothing about a stadium for Wizards, Kansas City’s MLS team. But if the issue passes, the city of Overland Park and the team’s owners will begin to negotiate a deal to build a stadium adjoining the soccer complex. (A memo leaked from a Kansas City architecture firm indicates that the stadium will cost $57 million.)

Soccer lovers have not hidden the fact that the youth fields are a means of landing the Wizards, who desperately want out of cavernous Arrowhead Stadium. Decked in Wizards blue, dozens of soccer fans turned out for a public hearing in Overland Park in September.

But until the election, the soccer side has tried to keep the focus on the kids. The Yes on Soccer campaign’s Web site mentions the Wizards only to make the point that the soccer park will be built with or without an adjacent stadium.

What’s happening in Johnson County is the implementation of a playbook that’s been used in many MLS cities. MLS owners are moving pro soccer to the suburbs. FC Dallas plays in Frisco, Texas. The Chicago Fire plays in Bridgeview, Illinois. In three MLS towns, new soccer stadiums have been bundled with youth fields and other “participation assets.”

The MLS says its suburban stadiums represent the “new America.” As MLS Commissioner Don Garber told The Boston Globe last year: “We are not putting our hand out. We want to become a part of the mechanism of the community.”

By moving to the suburbs, MLS brings its games where soccer players live. Neil deMause, a journalist who has written extensively about subsidies for sports stadiums, sees another reason for MLS to look to suburban areas. “They’re targeting suburbs because no big cities are going to let themselves be shaken down by a friggin’ soccer team,” he tells the Pitch.

Each new MLS stadium has received, on average, $35 million in public subsidies. The number is impressive, given the league’s inability to draw crowds. The four MLS conference semifinal games played October 21-22 drew an average crowd of 9,533 — less than half the typical capacity of the new soccer-specific stadiums. The Wizards averaged 11,083 fans during the regular season, the worst attendance in the league. The small playoff crowds indicate how reliant the league is on group sales and other promotions.

Despite the poor attendance numbers, consultants have predicted that a new soccer complex in Johnson County would work economic wonders. A study by Minneapolis-based Convention, Sports & Leisure International (CSL) concluded that a stadium, soccer complex and retail development could support 3,250 jobs and generate $79 million annually in “new direct spending to Johnson County.” (The projections were reduced slightly when the proposed number of fields was cut from 30 to 24.)

A Johnson County Park & Recreation District fact sheet calls the CSL study “independent.” Yet it was funded, in part, by OnGoal, the group that bought the Wizards from the Hunt family.

Sure enough, CSL’s feasibility study paints a rosy picture. The study, for example, suggests that pro sports franchises face less competition in Kansas City than in other cities with MLS teams. A bar graph shows how the average MLS city plays host to five different teams from the major professional leagues (including the MLS). With just three teams (the Chiefs, the Royals and the Wizards), Kansas City appears to be a more open market.

The exhibit is flawed because it doesn’t factor in population size. On a per-capita basis, Kansas City is actually overserved by professional sports, which is a significant reason that no NBA or NHL team owner has agreed to move a team to the Sprint Center, downtown Kansas City, Missouri’s foray into speculative arena building (“We’re Pucked,” September 7). CSL acknowledges population size in the text of the report, but the chart is a head fake. Jay Lenhardt, a CSL principal, did not respond to phone messages requesting an interview.

History provides reason to doubt CSL’s findings. In 2000, the firm said a minor-league ballpark in Eastlake, Ohio, would create 213 jobs and pour $5.5 million into the local economy. Four years later, Eastlake drowned in stadium debt and was declared a fiscal emergency by the state.

“What it’s done is, it has hamstrung the city financially for the next 25 years, that’s basically what’s it’s done,” Stephen Komarjanski, a former Eastlake councilman, tells the Pitch.

The Johnson County soccer complex’s critics have raised other issues. They’ve questioned the selection of the Overland Park site, which will cost almost $17 million. They found a lie in the park department’s claim that Johnson County has 46,000 youth soccer players. Were it true, half the county’s children between the ages of 5 and 17 would belong to a team. Kids playing on multiple teams, it turns out, were counted more than once. Nobody knows the accurate figure.

Regardless, a lot of kids in Greater Kansas City play soccer, and the Wizards’ owners are banking on them becoming soccer fans. The MLS’ suburban strategy has limits, however. Earlier this year, Alexi Lalas, the soccer star turned MLS executive, complained to ESPN that the league risked losing adults with a Barney & Friends approach. “Around the world, the game of soccer is not a day at Knott’s Berry Farm or Disneyland,” he said.

Soon, Lalas may add Cupcake Land, the immortal nickname for Johnson County, to the list.