Here are the Kansas Republicans who just voted to oppose expanding Medicaid to 150,000 people 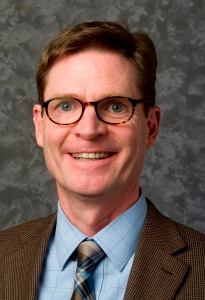 Last week, Kansas Gov. Sam Brownback vetoed a bill, passed by the Kansas Senate and House of Representatives, that would have expanded Medicaid in the state, effectively providing medical care to roughly 150,000 low-income Kansans. Though Democrats and many Republicans voted for Medicaid expansion, Brownback and other fringe conservatives believe denying health coverage to poor people is a bad idea to be avoided at any cost, political or otherwise.

The only chance of getting Medicaid expansion through this year was a veto override. That vote happened today in the House, but it fell three votes shy of the two-thirds override necessary. Medicaid will not be expanded in Kansas this year.

Who are the people who voted against expanding Medicaid? There were 44 of them, and they’re all Republicans. Representatives from the Kansas City metro area include Erin Davis, Randy Powell, Keith Esau, John Resman, Ron Ryckman, and Scott Schwab — all from Olathe.

Abraham Rafie, who represents Overland Park, also voted against the override. So did Sean Tarwater. The full list: