Her One Little Secret 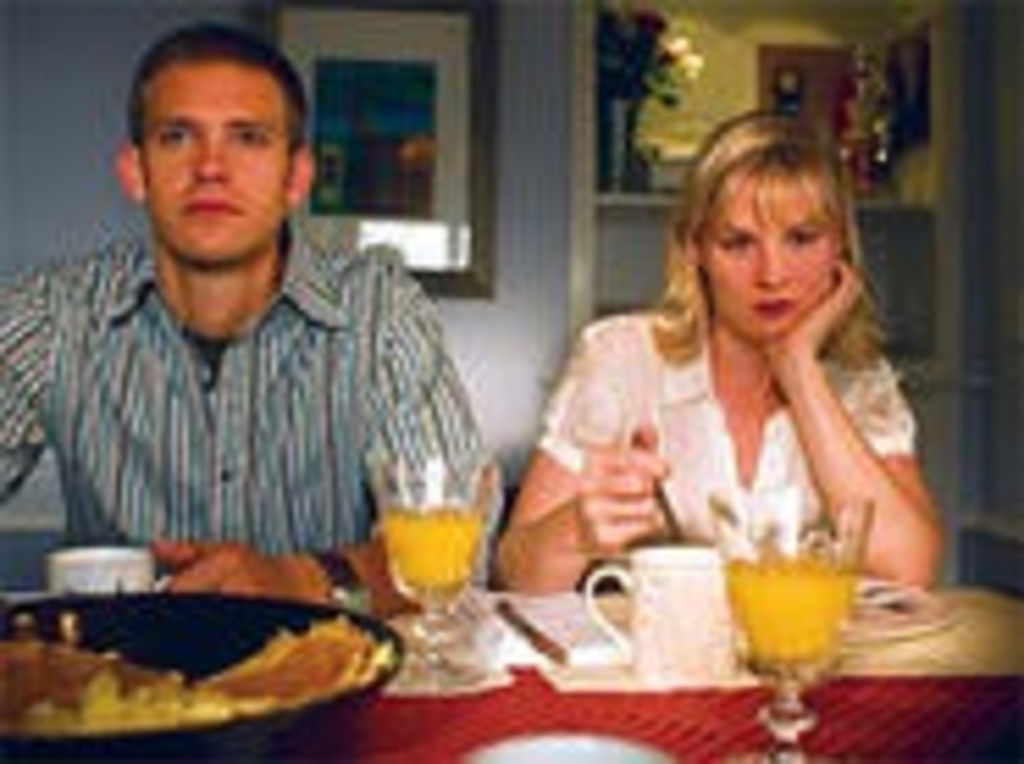 Writer-director Bobcat Goldthwait takes a subversive concept (honesty is overrated) and marries it to an outrageous scenario (a woman’s family learns that she once, uh, performed for a dog) to create . . . a romantic comedy? Well, sort of. Like Goldthwait’s underrated Shakes the Clown, Sleeping Dogs Lie stakes out territory in the land between black comedy and drama. But Sleeping Dogs plays it much straighter than the alcoholic clown movie. Yeah, blowing dogs is a matter custom-made for cheap laughs, and in the first five minutes, Goldthwait goes for them. But then the film settles into a fairly serious exploration of the value of secrets. In fact, Sleeping Dogs‘ biggest fault may be that it’s occasionally a little too serious. Goldthwait also delivers a rambling, charming commentary in which he talks about filming on a shoestring budget and wonders who the hell would care to hear him. — Jordan Harper

It’s time to recognize the schlock auteur who brought the world the dumb fun of Beastmaster, Bubba Ho-Tep, and the Phantasm series, and this loaded disc is a good place to start. What Don Coscarelli lacks in skill and artistry, he makes up for with originality: floating killer metal balls and killer dwarves and killer topless ladies and killer creepy old men and killer . . . And what he lacks in witty dialogue and good actors, he makes up for with boobs and blood. It’s not everyone’s cup of tea, but horror fans will delight in the special features alone: docs, interviews, and a commentary track with the director and stars. The opening trailers, mostly for Coscarelli’s other films, are worth a rental alone. — Jordan Harper

This is no standard-issue repackaging of a failed film, with a few scenes slapped on to justify the cynical money-grab. Eight years after Paramount stole his movie and handed it to Mel Gibson to rewrite and even direct, writer-director Brian Helgeland finishes the job — by starting over from scratch, more or less — meaning he rounded up the excised footage, edited the sucker entirely on film like it was 1978, readjusted the colors, and even commissioned a brassy new score. To Gibson’s credit, he helped fund the do-over and appears in the instructive making-of doc to bless this version, in which his character is even more detestable than before (he gives a woman a beatdown, after all, in a sequence no less shocking today). “It’s valid,” Gibson says, grinning through his thick Apocalypto beard. “It’s a good film.” And that’s about right: It’s a good film, but closer to great than anyone ever imagined. — Robert Wilonsky

Shatnerphiles might hope for some kind of gloriously delusional monument to the man’s ego. Unfortunately, though, this is simply a repackaging of a TV documentary called How Star Trek Changed the World. Evidently, someone somewhere along the line decided the Emmy-winning star of Boston Legal is more marketable than the moribund series these days. It’s fun to watch interviews with scientists inspired by devices they saw on sci-fi TV . . . but it’s a stretch to say that Shatner — rather than, oh, maybe Gene Roddenberry — was responsible for any of it. Among the few extras are some unrelated trailers and a hilariously brief bio that omits every single role Shatner is known for. — Luke Y. Thompson