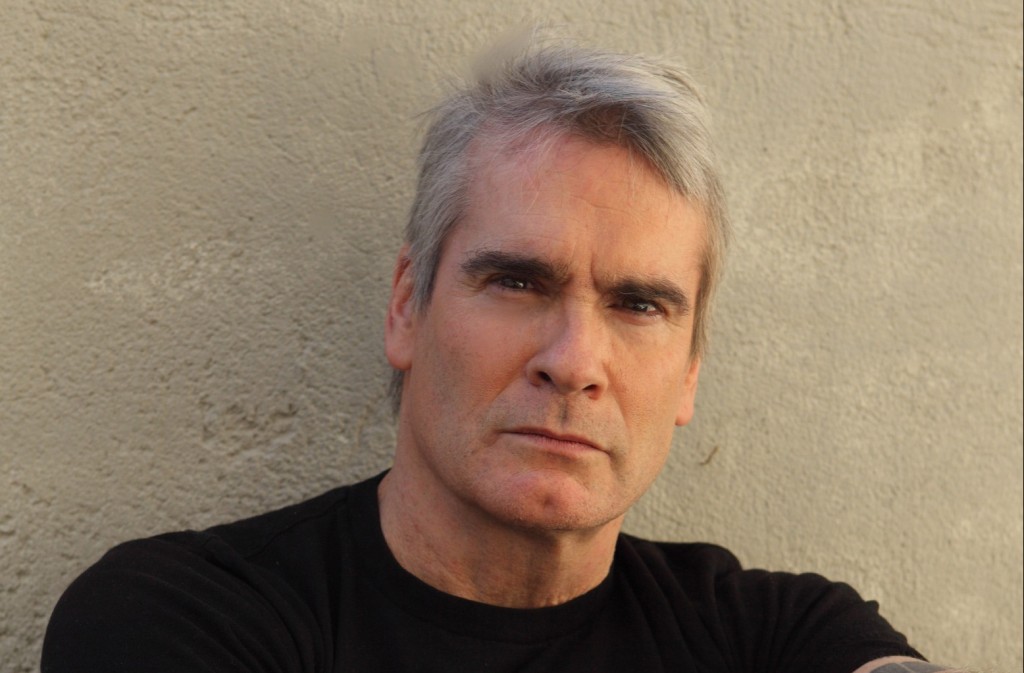 If you possess even a passing knowledge of American subculture, you know the name Henry Rollins. Most would consider him to be on the Mount Rushmore of punk and hardcore frontmen for his time spent in Black Flag, State Of Alert, and Rollins Band. Since the beginning of the 1980s, Rollins has been performing, acting, writing books, traveling the world, and making talk show appearances. After roughly two years on the sidelines due to the pandemic, he is finally hitting the road again with a stop at Liberty Hall in Lawrence this April for an evening of spoken word.

We recently exchanged emails with him about new music he enjoys, the pandemic’s effects on his life, and more.

The Pitch: You’re always listening to new music because of your show on KCRW. Prior to the pandemic, how often would you attend live events? Are there any acts in the last several years you were particularly impressed by?

Henry Rollins: Pre-COVID, I went to a lot of shows. Whenever I could. Usually, it was bands I liked. Often, I was the oldest person in the room, which I always thought was funny. People would recognize me and want a photo with me so they could send it to their father. Sometimes I would see a band I wasn’t familiar with when they were the openers. I can’t remember the last time I found out about a band and went to see them without hearing them first. If I interacted with more people, I would probably get more information on bands I didn’t know about to go see them. Before the virus, I saw some great shows. OM, Sleep, Ty Segall, Osees, Kikagaku Moyo, Keiji Haino, Martin Rev, Mdou Moctar. I saw the Bobby Lees several weeks ago. That’s a great band.

Someone posted about a book called Time Of Your Life by Jeff Winkowski, which briefly discusses your grandparents and their involvement in Milwaukee’s Jewish community. As someone who identifies as Agnostic, do you have any interest in or fondness of your Jewish ancestry—cultural, historical, or spiritual?

I never knew that. No, I have no interest in religious anything. For me, religion is a way of thinking and being—of conducting one’s life—and that is for the individual to do. I’ve never wanted to explore any religious path. For me, religion is one of the most boring topics there is. I also have absolutely no interest in learning anything about anyone I’m related to. What I do know, I wish I didn’t.

You’re a relentless world traveler. How did the pandemic set back any of your travel plans? Do you feel like any of the resulting lifestyle changes that you were forced to make are going to be permanent?

I was a relentless traveler. It’s not just the virus that will keep me from traveling far and wide, but the way it’s being handled will be an impediment. I’m hoping to get to the African continent this summer, but I don’t think my schedule will allow. I don’t think there’s any way I’ll ever again travel like I used to.

You’ve probably rearranged some of your material for this speaking tour during the pandemic as well. How long has it forced you to stay off the road?

I’ve been off the road for the entire time except for a few flights inside the United States. All European dates were scrapped, and I really don’t know when or if I’ll ever get there again. I would guess that almost everyone’s life has been changed to a certain degree from what happened.

You’ve said that you ran out of lyrics and felt you had nothing more to contribute to music as a medium. Do you anticipate that happening with your writing or speaking at some point as well?

I don’t worry about it at all. When I’m done, I’ll stop. Hopefully, I’ll be able to do something else. I don’t know for how long I’ll do the talking shows or continue to write. I don’t feel like I’m coming to the end of either, but I think all things end. So these two things I do might one day feel like they’re behind me. I’m pretty abrupt. Once I make my mind up, that’s it.