Helmet’s Page Hamilton on the 20th anniversary of Betty, playing at RecordBar on Sunday 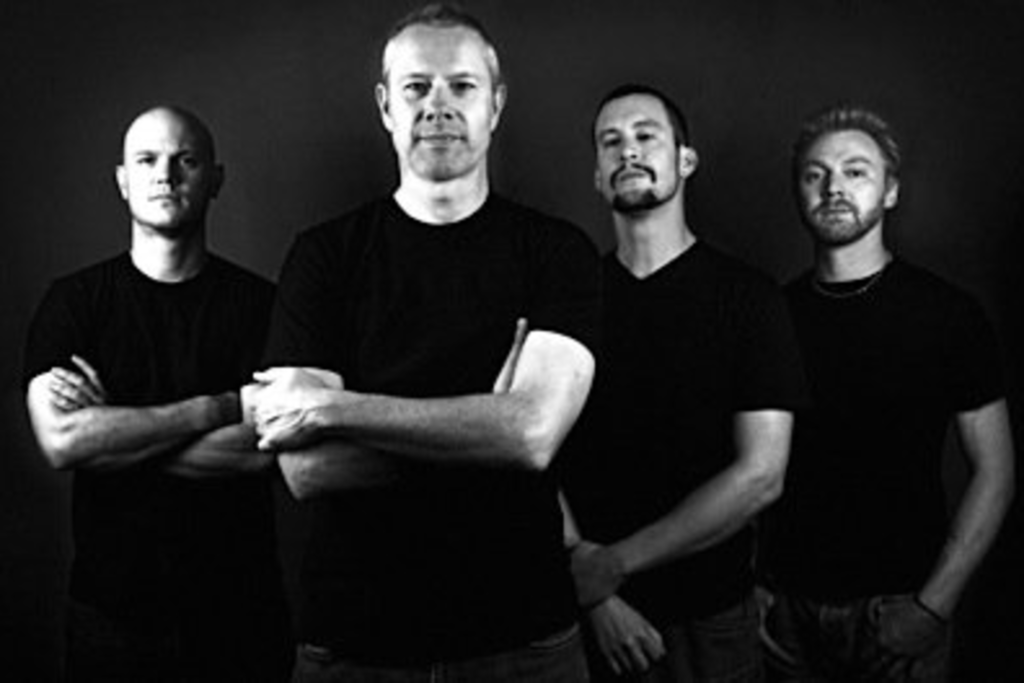 Since their formation in 1989, Helmet can be said to be one of the forerunners of metal for the thinking man. With complex rhythms, powerful riffs and lyrics speaking of alienation, their music helped set the scene for bands like Deftones who followed in their wake.

While the band broke up in the late ’90s, Helmet reformed in 2004. Since then, they’ve released three new albums. They’ve also recognized their legacy: On the 20th anniversary of their major label debut, Meantime, the group embarked on a nationwide tour, playing the album in full. They’re now doing the same with Meantime‘s follow-up, the critically acclaimed fan favorite, Betty. We spoke by phone with Helmet frontman and guitarist, Page Hamilton, about the legacy of Betty.

The Pitch: Why are you and the band undertaking another full album performance tour?

Page Hamilton: When we were in England after the Meantime tour, we were talking with our booking agent over there, and he said, “What do you want to do next time: Betty twentieth anniversary?” and I was like, “Um. Hmm. I don’t know. Is there interest?” I didn’t know if there would be interest in it, but to me, whatever it takes to go on the road is worthwhile, you know?

People always seem to want some kind of story, but if I like a band, I just go see a band, and that’s it. But I get it: there’s kind of a guarantee that we’re not going to be doing a whole set of all new stuff, or wall-of-feedback experimentation. Not that we’ve done that in the past, but people have complained “I waited 20 years to see you, and you didn’t play ‘In the Meantime.’”

Did you find that the Meantime tour was really well-received?

It was. The Betty tour has been better, actually. It’s weird. I was really surprised – pleasantly surprised, obviously – the Betty tour did so well in Europe. We did 40 shows: 1100 in Brussels, sold out London with 900 people, sold out Glasgow. It’s looking really good in the US, too. We sold out Brooklyn and New York, both, in 45 minutes, and added another New York show. The real Helmet fans are really into this album.

The larger audience discovered us through Meantime, but the real Helmet fans love this album for some reason. 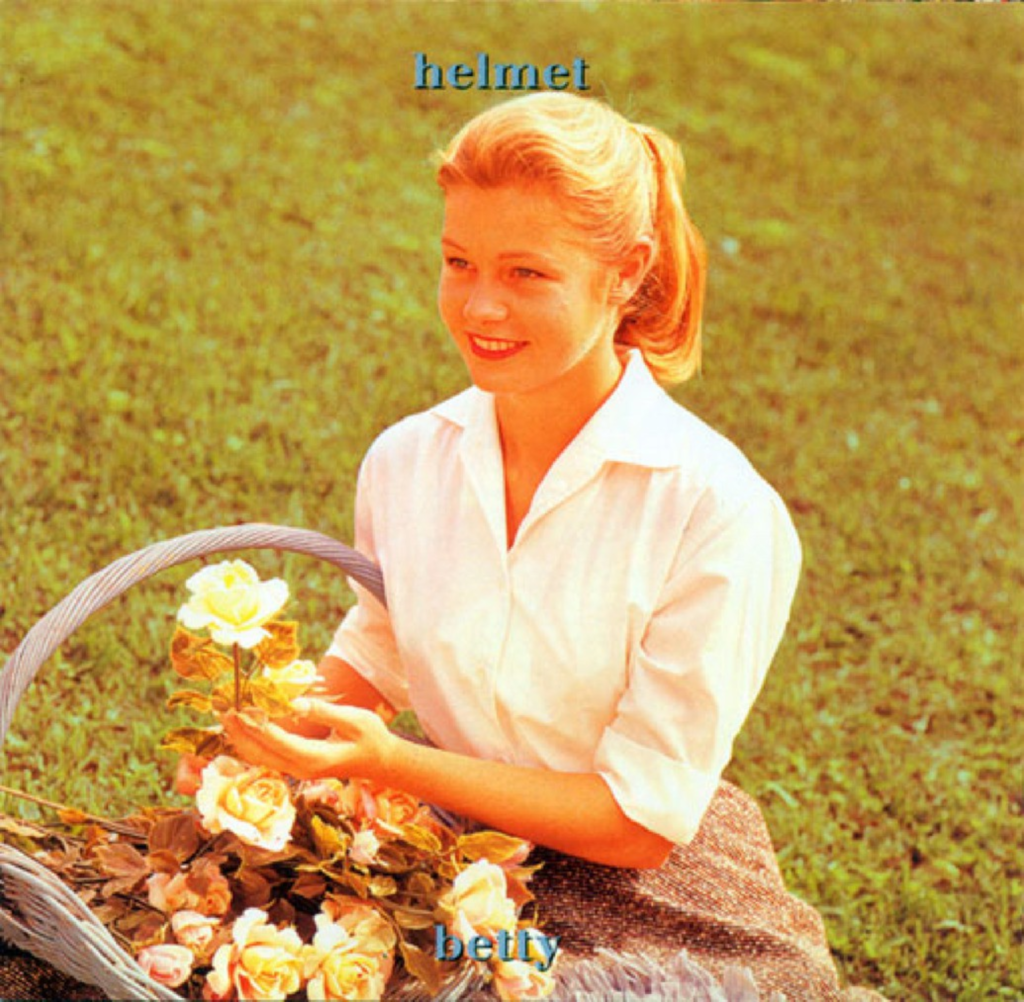 Meantime was the big success, but Betty is the album that seems to have legs.

Nobody would put out an album like Meantime, and have it sell what it sold – for an indie band, I mean – and get a Grammy nomination, and then not make the same album again. I think it’s common that bands these days try to play to the marketplace, and it’s just never been in my nature to write like that. My bandmates were like-minded, and into just making music that we dug, but the people who liked “Unsung” and “In the Meantime” and “Give It” just wanted those songs again, but [instead] there were weird songs like “Tic,” with the feedback dinosaur guitars at the end, or “Sam Hell,” the little blues number. “The Silver Hawaiian” – just tunes we thought were fun, you know?

The band was still relatively new. We’d only been around for five years at that point, so it didn’t feel like we had to limit ourselves.

What’s the process of re-learning these songs, given that most of them aren’t parts of the regular live set, twenty years on?

Well, yeah – specifically because there are different guitar tones and tunings. “Biscuits For Smut” is an odd tuning that is only used on that one song, and will only ever be used on that one song. To swap guitars in the middle of a set, kind of takes away that momentum, which is why that song was never performed, or rather, not played often. I lost it from the set after the [initial] Betty tour, but I learned that if I just drop the sixth string down, I could find new voice-ings [sic] – new chords – that would allow me to play the chords that are on the album. I just had to re-finger them.

Maybe it’s part of being a musician. We tend to be kind of lazy. It wasn’t until somebody said, “You have to do the whole album,” that I bothered to find new voice-ings [sic] to pull that song off live. Now that we’ve done it, I’m really happy that we do [“Biscuits For Smut”]. People kind of jump up and down and go crazy for that. It’s so weird, because it’s such a weird song.

I’ve also used some vocal effects, because I recorded some of the vocals for that album on my 4-track cassette machine in my apartment through a distortion box and a chorus pedal. I kind of had to figure out how to pull that off. So, I got this green Bullet mic – one of those blues harmonica mics – so I can use that on “Rollo.” So, yeah – it’s cool, and it’s been fun. Really fun. I do enjoy having more gadgets and things to horse around with.

How do you fit in the other songs people want to hear – afterwards, or do you play a few beforehand and then ease into Betty?

I like the album experience. I was always one of those guys who would listen to an album beginning to end and I wouldn’t leave the house. I’d be like, “Oh, shit. I have to be somewhere at this time, so I can’t start this album, because I’ll have to interrupt it.” I’d have to make sure that I could get in at least one side of an album before I could leave the house. I’ve always done that.

We just decided that it would better to come out and, boom – hit them with “Wilma’s Rainbow,” then see people go off, and that’s kind of been the case. We start by playing the album beginning to end, with a tiny break for a guitar swap after I screw up the tuning for “Biscuits,” but that’s it. Otherwise, we just barrel through it like you’re listening to an album. For me, it’s a cool experience, playing it, so I hope that people are who are into Helmet are into it. It’s a lot of Helmet, because we do another set after the Betty album.

Helmet plays the Record Bar on Sunday, March 8. That show is sold out, but information can be found here.