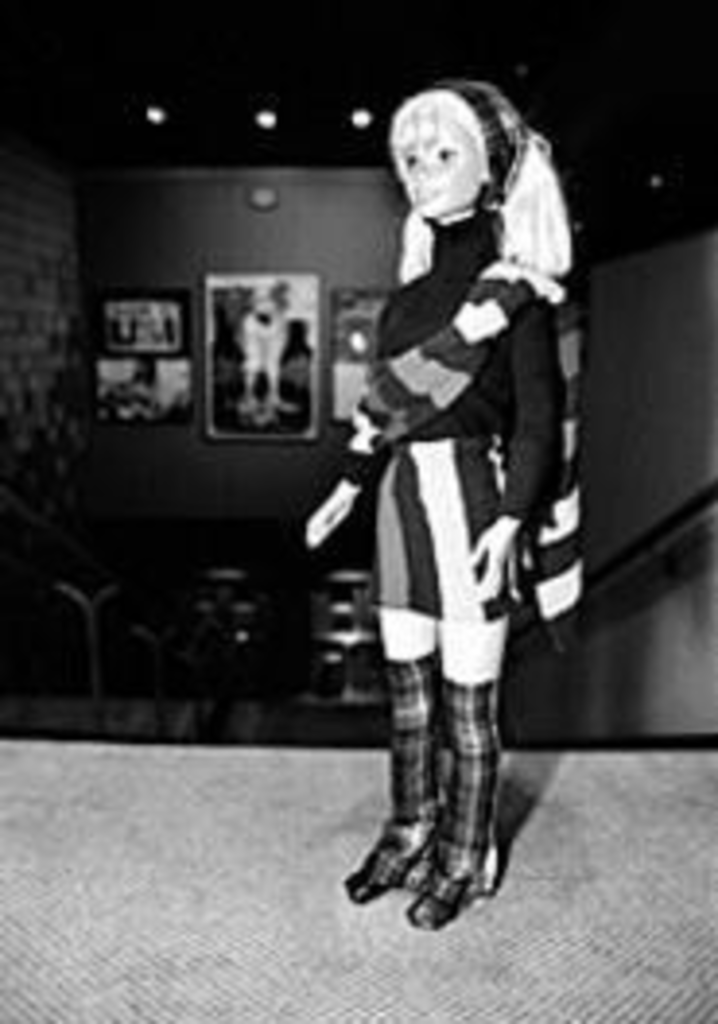 He found her in a box. On a stairwell. She was trash. “I think she was nude at the time,” says Tivoli Cinemas employee Jon Rollins, who found the Barbie who now stands behind the concession stand. But then he reconsiders. “Actually,” he says, “I think I would have been more disturbed if she hadn’t had any clothes on.”

He figured he and his coworkers would share a laugh, and then he’d put her back. That was years ago.

Since then, she’s become a mascot. Most of her snazzy clothes come from the lost and found, but a few employees splurge on her at yard sales. For a winter ensemble, she recently wore a scarf-turned-skirt along with a hip pair of legwarmers. Usually, her attire corresponds to one of the movies. She has been dressed to the nines for such releases as Moulin Rouge and Run Lola Run.

Now showing at Union Station’s Extreme Screen (30 West Pershing Road) is Pulse: A STOMP Odyssey. Man, that really takes us back to 2001, when every other event in this town was called 2001: A (your event here) Odyssey, our favorite being 2001: A Blown Glass Odyssey. As with all things trendy, though, we find these silly, faux-Kubrickian titles more endearing now that they’re being revived than we found them at the height of their popularity. Pulse: A STOMP Odyssey is a large-format film that takes viewers on a dance journey from New York City to the American Southwest, South Africa, Brazil, India and Spain. It is supposed to be a movie about rhythm and humanity. Characters include flamenco dancers, taiko drummers, street performers and marching bands. Tickets cost $6, with discounts for children and senior citizens. For information, call 816-460-2020. — Kaufmann

Remember last fall when, during a charity race at Brush Creek, a dead rat almost beat an entire fleet of rubber duckies to the finish line? That was awesome. Too bad that dead rat isn’t the grossest thing floating along the calm waters of Brush Creek. Some scientists recently surveyed the Brush Creek area and found a lot of E. coli and fecal coliform. Go to the 7 p.m. Thomas Hart Benton Group’s Sierra Club meeting at the Discovery Center (4750 Troost) if you want to find out why some call the water Flush Creek. For information, call 816-274-8062.— Michael Vennard