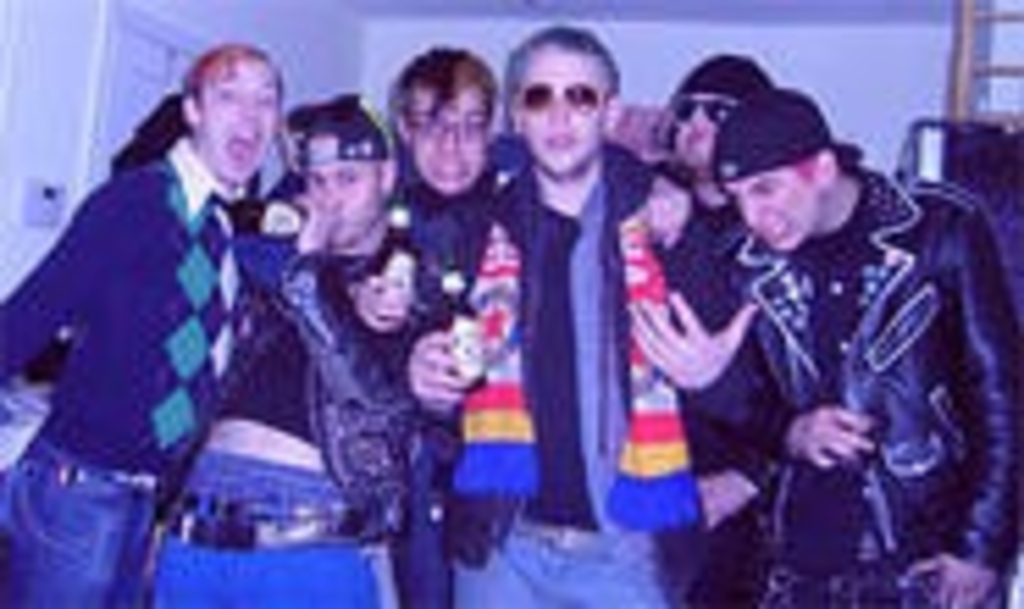 Bent Left‘s name reflects the liberal content of its records, 2004’s Steal Back the Government and 2005’s Skeletons in Your Closet. Historically, though, the term pays giddy teenage homage to a slanted penis. And though the band now says its agenda involves “promoting political and social action and awareness,” this local street-punk outfit maintains its Animal House aesthetic, treating tours like bacchanalian road trips.

Sunday night’s show at The Anchor represents the one-month mark since Bent Left and the equally outrageous old-school-style hardcore group Outlaw (its song title “Fuck You” sums it up) embarked on the “Kansas City Invasion” tour, which took them to the East Coast. However, most of the high jinks took place in the Midwest.

“Hairy Mary’s in Des Moines and O’Leaver’s in Omaha both force-fed us booze by the bathtubful,” drummer Josh Nelson says. “As far as crazy shows are concerned, we define the term show loosely. We base our success on how killer the afterparty is.”

The “Kansas City Invasion” hasn’t been all complimentary alcohol and late-night revelry, though.

Nelson alleges that the misleadingly named Paycheck’s Lounge in Detroit charged band members for pregig water and soda, then demanded $25 from each group postconcert for sound.

“Other than that,” he says, “everything’s been thrashtastic.”

Well, except the sleeping situation. Crashing at campsites has taken its toll.

“We can’t afford hotels, not even the scary ones,” Nelson says. “We barely escaped the wrath of 12 truckers in a sodomobile while sleeping on the ground in 27-degree weather at a rest area outside Cleveland. The entire tour has been kind of like riding a rollercoaster into a brick wall.”

Bent Left escaped from that high-impact collision unscathed, leaving little landfill-clogging wreckage in its wake. Thanks to a partnership with the progressive organization Stay Vocal, the band sports its own signature model reusable travel mug, thus combining its environmental ideals with its affection for imbibing.


Listen to “Without a Trace” from Bent Left’s album Skeletons in Your Closet: