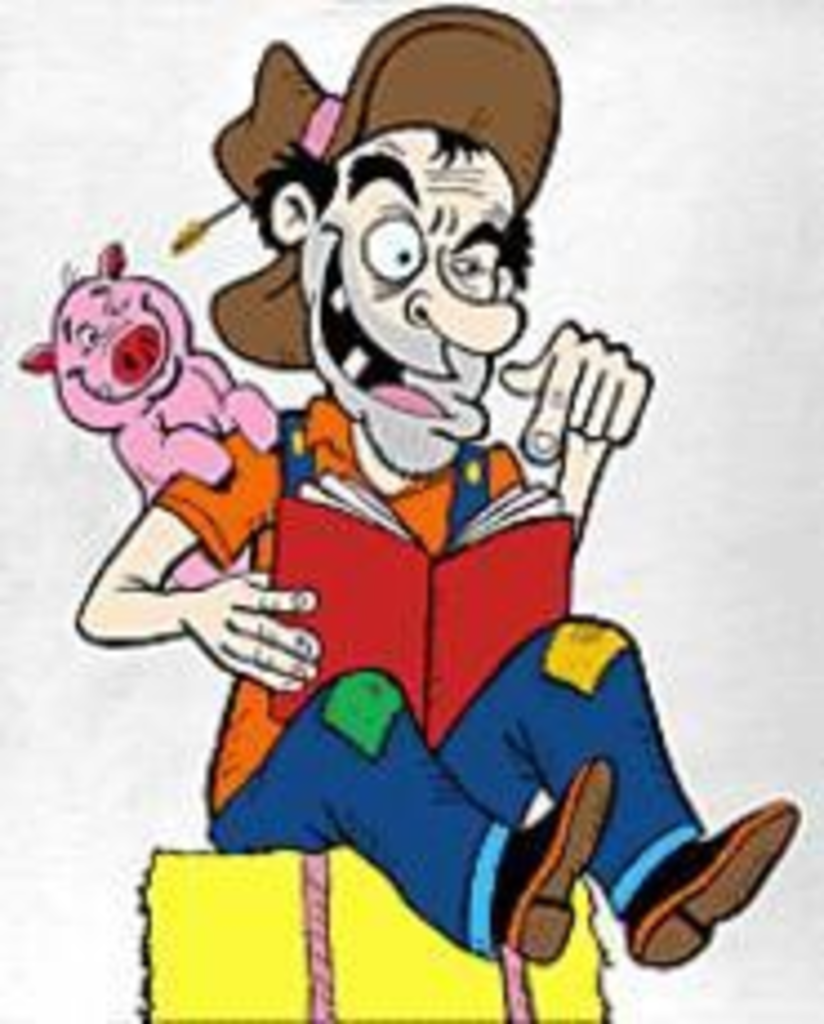 “Every holiday show needs a doofus, and that’s me,” says Gary Miller, who plays the Snaggletooth Storyteller in this weekend’s hillbilly-holiday show at the Reading Reptile. “My job is to make anyone who comes feel smart by comparison.” With their particular spin on the notion of a feel-good event, performers in this production hope to give anyone who’s been stepped on, put down or laid off a genuine Midwestern good time.

The show is hosted by the Wilders, a bluegrass quartet best known for its role in the Grand Emporium’s weekly Rural Grit Happy Hour. Although this weekend’s variety show is being held at a venue much different from the one to which the musicians are accustomed, Phil Wade (who plays banjo and mandolin) says he expects the flavor of those gritty bar nights to transplant itself healthily to the children’s bookstore a few blocks away.

The Reading Reptile’s owners originally asked the musicians to put on a holiday concert at the theater that’s now attached to the bookstore. “It’s not book-related,” says Reading Reptile’s book pusher Pete Cowdin, who hands out stickers commanding “Read, Dammit!” as if they’re candy. “It’s just going to be fun and warm and good,” he says. With its warm performance style and comforting collection of fiddle tunes and string-band songs, the Wilders seemed the perfect band to deliver glad holiday tidings and cheer.

But the show evolved from a Wilders concert to a loosely organized talent show with the band playing host. Wade says band members wanted their show to capitalize on the creativity of the parents who frequent the Reading Reptile with their kids. “I don’t have kids,” he says, “and I feel like I barely have enough time in a day. These people raise children and they have jobs, yet somehow they still have time to build a scale model of a Tyrannosaurus rex for a play. I guess they just don’t sleep.

“It’ll be really disorganized,” he admits, “but because of that, there’ll be a lot of natural comedy. That’s what the whole Rural Grit thing’s about. We never know what’s going to happen, so what we get is real honest humor and honest laughs.” A week before the show’s opening night, band members were still unaware of what the parents were planning to do, but they weren’t the least bit worried.

With the antics of the Snaggletooth Storyteller and other oddball parents interspersed between songs, the group plans to perform its usual repertoire with a few holiday songs thrown into the mix. But when the Wilders perform holiday songs, Wade assures the grittiest of the Rural Grit crowd, “we hillbilly them up quite a bit.”

In fact, the Wilders manage to make old country songs sound exciting and fresh without even bothering to dust them off. The charismatic musicians have enough fun on stage to make the worn-out and tired come alive — that goes for forgotten songs as well as downtrodden fans. To make the show kid-friendly, they’ve merely added a couple of sing-alongs to the bill.