Three bands, all Rock ‘n’ Roll Hall of Fame inductees of recent vintage, and of the rare talent undamaged by the ravages of time. Despite necessary reductions in range, last night’s triple bill proved that there’s at least three acts that can still kick it after three decades or more.

Of the three, Heart might as well have stepped out of a time warp. While Ann Wilson said “times have changed,” one would never know it from her band’s performance. They might as well have come straight from recording “These Dreams” — although, I’m pretty certain the original wasn’t played with mandolin on lead as it was at Starlight, as nice a touch as it was. 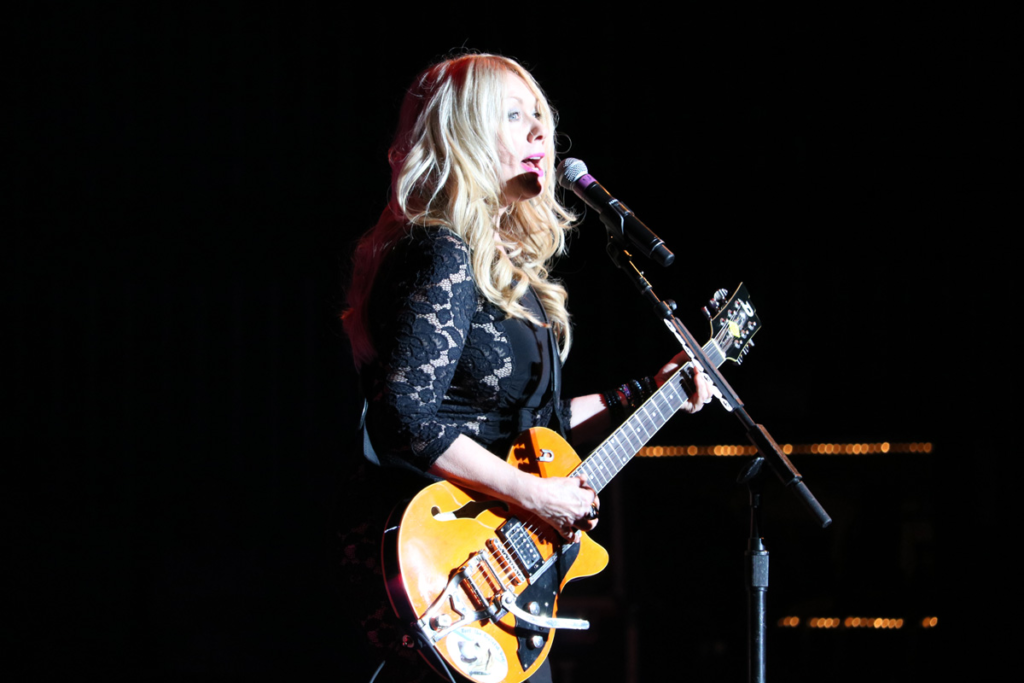 Much like that instrument swap, it was interesting to hear how the Wilson sisters’ voices have changed. While Ann has essentially the same tone as on something like “Straight On,” when you hear Nancy take the lead on “Two,” you’re struck by a certain country twang that has crept in, and it’s definitely something that colors the set a little differently — and keeps it way more compelling.

Interesting isn’t always better, though: a portion of James Brown’s “Get Up Offa That Thing” to intro “Straight On” was awkward and ill-advised. “Kick It Out,” which followed, danced on the edge of being too busy, but ultimately ended up being a raucous, big, dance-y bunch of fun.

Newer material, like the chunky riff-laden “Beautiful Broken” sounded solid, but as was the case for most of the night’s new material, it was received politely, if not as an opportunity to hit the head. 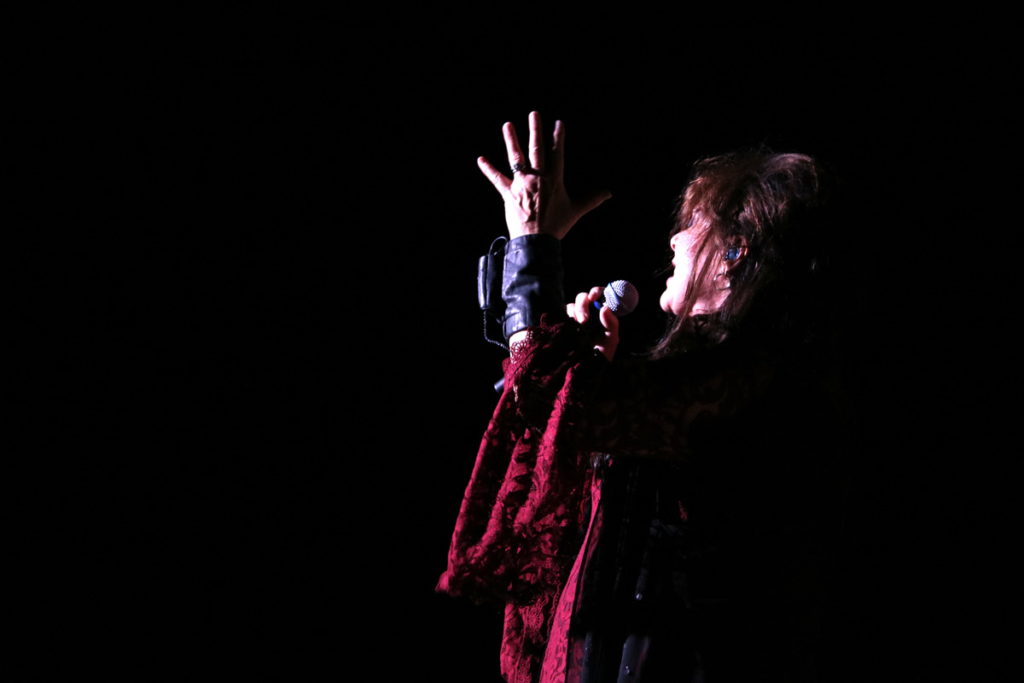 Ann’s powerful voice is striking on “Alone.” Much as “Crazy On You” or “Barracuda” let her wail, her astonishing range really shone through on the ballad. It left me — and not a few others in the crowd — positively awestruck. Honestly, it’s the way Heart plays Led Zeppelin’s “Immigrant Song” and just takes total ownership that best demonstrates the power of this band. As an encore, one couldn’t have asked for more. Luckily enough, though, you did get one more: another Zep cover, in “Stairway to Heaven.”

Joan Jett opened with a raucous “Bad Reputation,” but took it down a notch with a sludgy “Cherry Bomb,” almost turning it into a stoner jam. Same went for “Do You Wanna Touch Me?” It seemed a little grinder and far more like juke-house blues than punked-out rock ‘n’ roll, and it really suited Jett’s voice and the chops of the dudes she had backing her.

A roadhouse take on the Runaways’ “You Drive Me Wild” was a mid-set highlight, as was “Light of Day,” written by Bruce Springsteen for the 1987 film of the same name. It was a robust set, but Jett & The Blackhearts’ music was received in two ways: rapturous applause and screaming for the hits or polite indifference for pretty much everything else. The audience sat itself down somewhere around “Light of Day” and didn’t pop back up until “I Love Rock ‘n’ Roll,” but the response was absolutely deafening.

It was as if the crowd was saving its energy for the collective freak-out with that and the following cover of Tommy James & The Shondells’ “Crimson & Clover.” The Blackhearts’ take on that song brought a nice injection of punk bounce to the set, even if a little late. It certainly set the stage well for a boisterous set-closer in “I Hate Myself for Loving You,” followed by an encore of sorts with a cover of Sly & The Family Stone’s “Every Day People.” 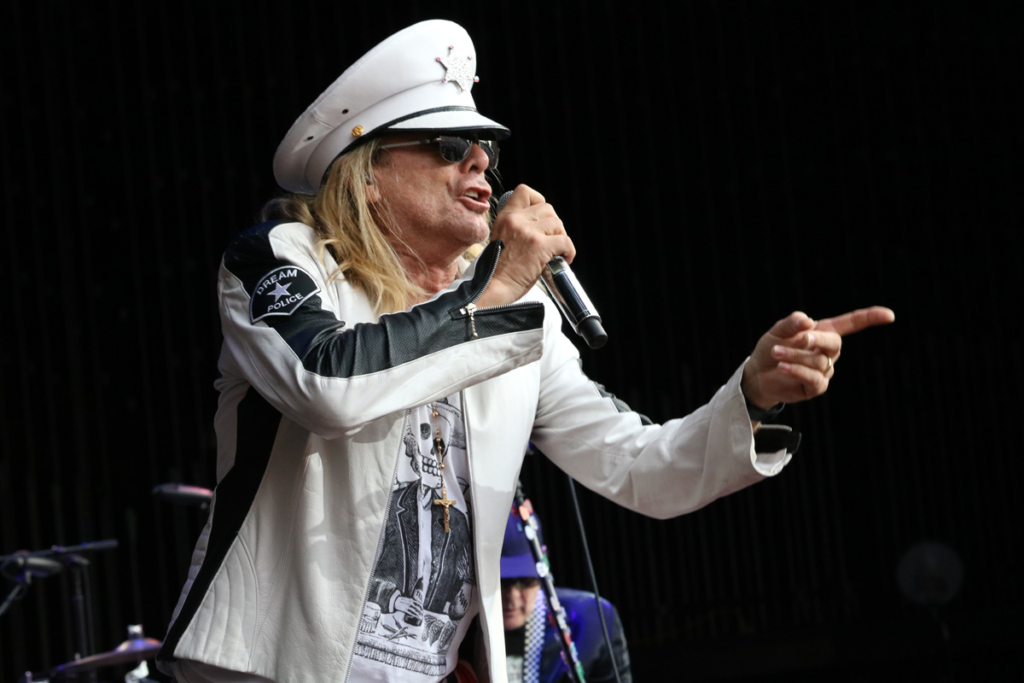 When Cheap Trick is the opener on a three-band bill, you know you’re in for a solid night. Robin Zander might not be fully able to realize his entire range — “The Flame” was pretty rough — but the likes of “Big Eyes” saw him taking advantage of the rough edges his voice has acquired over the years, and to great effect. Rick Nielsen looked like he was having eight different kinds of fun, and ripped guitar solos like he wasn’t even trying. Rock jumps (technically, hop, but still) at 60-something, too. 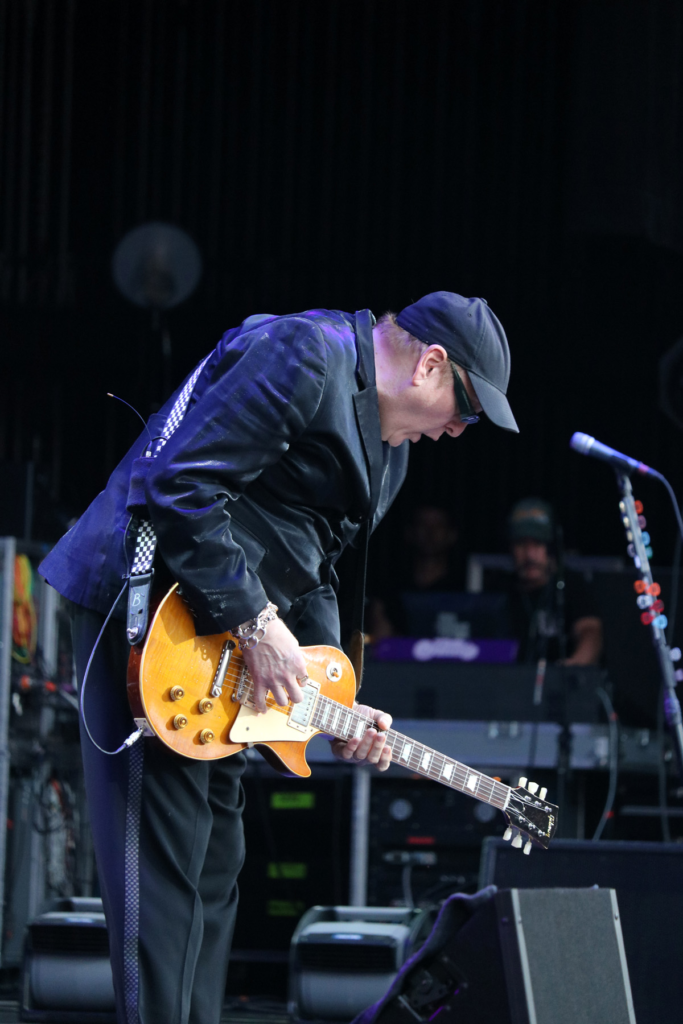 He’s a goddamn American treasure at this point. Introducing “If You Want My Love” as being from “the great, great movie Joe Dirt” demonstrates his ability to make stage banter an art form. Speaking of art: halfway through the set, there was bassist Tom Peterson taking vocal duties on a cover of the Velvet Underground’s “I’m Waiting for My Man,” which was as wonderful as it was unexpected and surprising — especially given an interpolation of “Heroin” at the end. The cool kids got it. “I Want You to Want Me” and “Surrender” closed out the set in a massive sing-along, and damn, I don’t think I’ve ever seen an opener kick that much ass.

Three bands, three sets, three and a half hours of rock ‘n’ roll, and the most fun I’ve ever had on a Monday night. It was the chillest crowd I’ve ever seen at Starlight for a rock show, and even standing in a drinks line was fun, with people taking advantage of the long wait to trade stories about great concerts they’d seen. A fantastic time, overall.