Local trio Ebony Tusks delivers an album nearly a decade in the making. 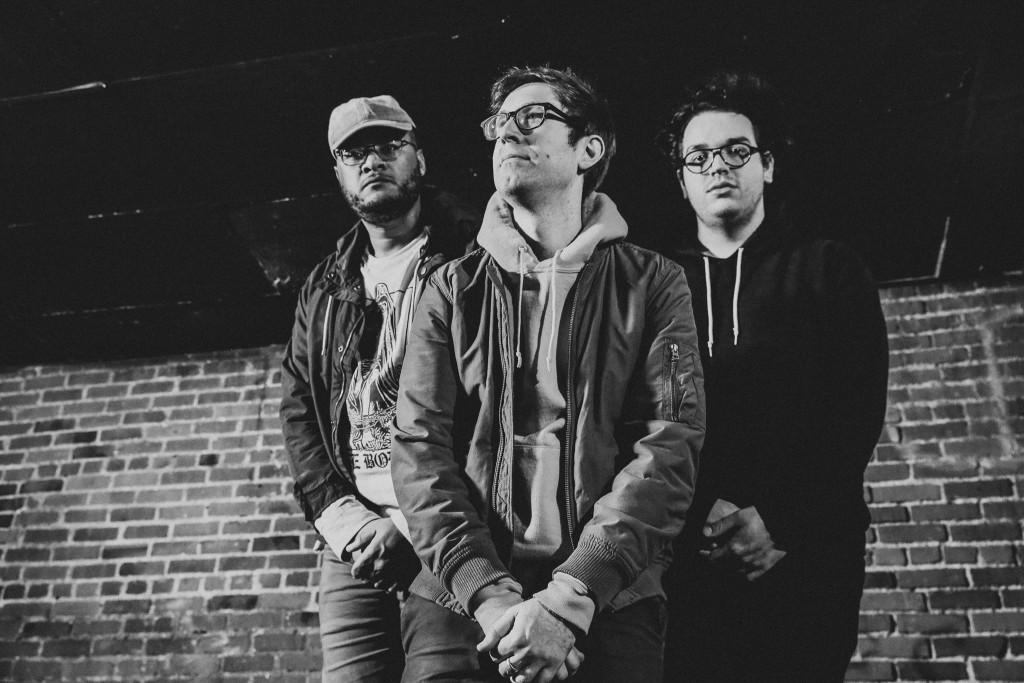 Before I’m even done asking the question, all three members of Ebony Tusks are nodding their heads in unison and laughing to themselves. The question being, of course: Did you guys ever want to release your album earlier than now? The experimental hip-hop trio, featuring members from Topeka, Lawrence, and Kansas City, has spent the better part of the last decade becoming a highly sought after live act and writing and fine-tuning the songs that would become their debut LP, Heal_Thyself.

“More importantly though, it was just a really funny running joke we had where we could always joke about, ‘Maybe next year! Maybe in 2035,’” chuckles member Daniel Smith while discussing the long-awaited release during our group Zoom call last month. It sounds hyperbolic until you realize that the group has been performing some songs, like “Bloodletting” and “Televangelist$,” since 2013.

Once you hear it, you’ll get why the group wanted to take its time with this album. Part of this is due to the rather lengthy lyric writing process of de facto bandleader Martinez Hillard. He described how the song “Heir Apparent” sat incomplete for roughly two years before the final lines were “revealed” to him while visiting family on the East Coast.

Another part of that process is the fact that you can’t take back words you’ve pressed onto tape and vinyl. “One thing that I recognized about my lyrics a long time ago was that I feel an obligation to the words that I write and the words that I share with others,” Hillard says. “So for me, I think that largely, there was a fear looming over some of the writing process, knowing that once I say these things, I’m accountable to these words. I have a responsibility to these words. I can’t talk at length about social justice and what’s happening in our communities here in Northeast Kansas and Kansas City if I’m not really about what I’m saying.”

Production was also its own undertaking. Hillard makes clear the importance of engineer George Valyer’s patience in creating the sonic landscape the group had long envisioned. “He exhibited a level of patience in me through a lot of the recording process that I probably didn’t deserve,” Hillard says. “But I think he also recognized that we’re collectively—between the four of us—doing something that’s bigger than us. And I think he understood that really early on, so he extended a lot of grace to me during plenty of recording sessions where I wasn’t prepared or I would show up late and wasn’t taking it seriously. And I’m so grateful that he saw it through to the end, because he’s as much a part of this record as the three of us are.”

The record that the crew emerged with all but surpassed the expectations of friends, fans, and local scenesters. Heal_Thyself is monolithic. It’s evident in the instrumentation, from the album’s very first moments—the cavernous drums and quaking, deep-space synths of “Chuck Ds”—to the penultimate number “Bloodletting,” a cathartic and intimate song that sounds like the soundtrack to a scene in a Christopher Nolan flick (if Nolan’s work possessed the emotional dynamism of the Tusks, that is). There’s just as much beauty in the album’s industrial-grade clatter as there is in its somber mallet percussion.

The harsh nature of some of these sounds has already caught at least a few listeners off guard. Member Nathan “Geese” Giesecke played the album front to back for his family during a road trip last year and describes their response as “baffled.”

“I think they were a little bit scared of it,” Giesecke says. “Because I think the overall tone of the record is pretty dark. I enjoy that reaction, because you’re feeling something. That’s an emotional reaction to art. I don’t know if I’d say they enjoyed that experience, but as a person who helped to create it, I was like, ‘I’m cool with this.’” Smith concurs, saying, in a Garth Algar-esque tone, that he thinks receiving a strong negative reaction is also “pretty sweet.”

In addition to being a challenging listen from a production perspective, Hillard’s lyrics can be a bit tough to crack, too. He says he doesn’t mind if the average listener doesn’t get it, though. “I’m really blessed because I have friends in Topeka who, when they hear certain lines, hear certain stories in the music, they know exactly what I’m talking about,” he says. “And for me, that means more than anything, because if I wrote it for anyone other than myself and the three of us, I wrote it for them. I wrote it for the people who lived these stories that I wrote about, who actually had these experiences.”

The community has long been at the heart of Ebony Tusks as a band and it manifests in several ways. In addition to inspiring a number of their songs, it’s a common theme wherever they’re performing. The group tells me that their impassioned and interactive performances have on multiple occasions been likened to a churchlike experience. They’ve been asked to perform for youth groups, too. And like any worthwhile church, that concert experience is meant to feel as far from exclusive as possible. I once joked with Hillard about how their crowds can skew a little bit dorky and occasionally fumble a clap—or sing-along moment. You can even hear it happen for a moment on the record—the conclusion of “Schuyler” features a clip from a show. “We do have some call-and-response which I feel like is harder than average,” Smith laughs. “It’s just like, are you willing to be a little embarrassed for 30 seconds so you can enjoy like 40 minutes of really hardcore rap music?” Hillard adds.

Being the curious and communicative person he is, those audiences often turn into friends pretty quickly. “We always joke, Dan and I, that Marty knows everybody,” Giesecke says. “Marty is genuinely interested in knowing people and communities and music.” A trip down to Oklahoma City a couple of years ago to play a punk festival went off without a hitch due to Hillard’s connections and the group’s earnest attitude.

It makes sense that a trio so motivated by interpersonal connection itself shares a tight bond. In conversation, Hillard, who presents like a born leader, occasionally delegates questions aimed at him to his bandmates (like a good leader often does). Their communication thrives in performances, where glances and gestures are expertly exchanged. And as you could probably guess, the guys are more than just bandmates—they’re friends!

“We’ve all had various struggles the past few years,” Hillard says. “This is something that also sits and lives in the music I would like to think, and the fact that we were even able to complete this album is almost like an honor to all those difficult experiences and adversities that we all experienced personally, and as a testament to our friendship.” Smith, earlier in the discussion, as we discussed the album’s cryptic nature, told me that he also sees it as a document of the trio’s time together so far. “You didn’t go on the trip to make the photo album.”

So, listen to the album and throw your hands up like you’ve got the Holy Ghost in you. Marvel at all of its nuances and complexities, its darkness, and its joy. Best of all? The decade-long journey isn’t over yet. Hillard says “Punks Jump Up”—a shorter and relatively simpler song—was chosen as the closer over the more dramatic “Bloodletting” to illustrate that their story continues.

Hillard says he’s employed mantras over the years to combat negative feelings in his life and his work. One of them? “The best is yet to come.”

Heal_Thyself is out now via High Dive Records and Intelligent Sound. It is available to purchase on Bandcamp and to stream on all digital platforms.