Heads of the Class 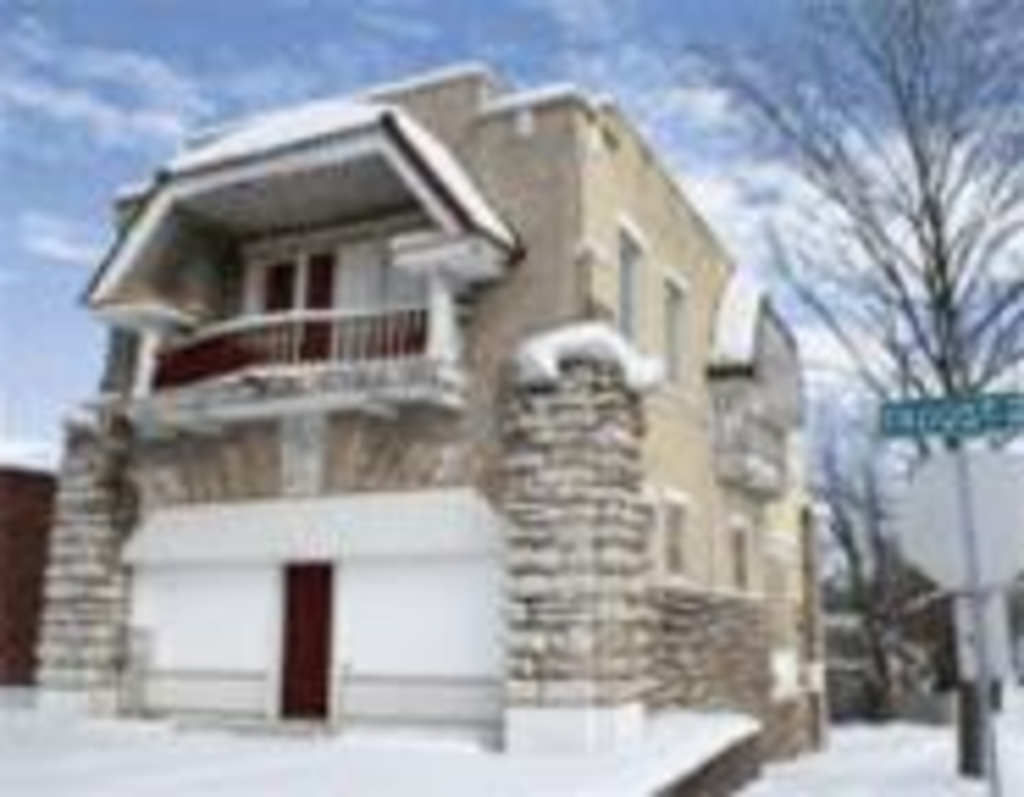 Some people are too cool for school. And then some people own the school.

Nikol Lohr has four schools in Kansas. They’re located squarely, she says, “at the intersection of No and Where.” Abandoned as a result of school consolidation in rural Kansas, the buildings went up for sale to the general public, and Lohr pounced at the opportunity to realize her childhood fantasy of living at school, officially making her the coolest person on Earth. When guests visit her in Harveyville (just west of Topeka), she often sends out a reminder that she has a gymnasium handy for anyone who wants to bring some roller skates. When they arrive, she houses them in the science room, where a comfy bed shares space with anatomical models.

Before buying the schoolhouses, which she hopes to turn into artists’ retreats and workshops, Lohr lived in a regular house in Austin, Texas. And she isn’t the only artist to make a move on abandoned institutions around these parts. I know four people who have moved into firehouses and two who have their own churches.

The idea of taking a building meant for public use and turning it into a live-and-work space isn’t new. Susan Wiegand turned her Troost firehouse into an art studio years ago, transforming a row of firefighters’ lockers into a hall of closets — ideal storage for a garment maker like her. But lately, it seems less like an anomaly for artsy folks and more like a trend.

It’s about historic preservation, fixing a building instead of letting it crumble. It’s about having huge, open spaces to work on projects that require huge, open spaces. It’s about cost. It’s about living and working in a place that hasn’t been identified as artistic and the freedom that fleeing the scene affords. It’s what lofts were before anybody noticed them.
When I told my insurance guy I was buying a firehouse, he said, “If it has a pole, I’m hanging up the phone right now.”

Fire Station 28, at 60th Street and Troost, is now owned by Randy Wolf, a sound engineer. One of the first things he shows me is the cornerstone: “1911, Edgar C. Faris, ARCHITECT.” Wolf has done his homework; a firehouse built in 1911 would have started operating right around the time when firetrucks replaced horse-drawn wagons. He can’t be sure whether his new home was built to accommodate horses or trucks, but he plans to find out. He also knows about the architect. Faris was renowned for giving public buildings an international architectural flair. He built the structure that houses the City Market. (He also built Tom Pendergast’s first house, near the Plaza — but that’s another story.)

The building is in decent shape, but Wolf has his work cut out for him. He wants to restore the station to its former glory, bringing back as many of the original features as he can — a front door big enough to let in a truck, for example — while adding a few details of his own, such as a small stage in the living room. “I’m an audio engineer, so if I want to have a band over, I can.” He’s also installing an industrial kitchen, so he can serve food to 20 people at a time. “This is about music, food and people. Those are my hobbies,” he says. “I’m not doing anything commercial. I’m not selling anything. I just wanted a place where I could really enjoy music.”

Wolf wants to invite favorite bands to practice in his home, and he wants to serve everyone a heaping plate of fried chicken. He thought about buying a bigger house, then realized: “I don’t want a bigger house. I want a screwed-up compound. I want to do some high-end shit.”

This is his version of the American dream. He’s doing all the building himself, using skills he learned growing up in Iowa, and when he’s finished, it will be all his. “I’m single and 40,” he says. “What the fuck else am I going to do? I have to have something to do other than work, and it has to be a sizable project, or it wouldn’t be worth doing. This is what I’ve chosen for the next five years.”

Russell Fergusson, the sculptor and Kansas City Art Institute professor, isn’t quite ready to talk about what’s in his church at 10th Street and Ferry in Kansas City, Kansas, or what he’s doing there. He’s still in the early stages of his mysterious project, but his plan for the Baptist church turned Buddhist institute turned artist’s studio will become clear soon enough.

But what’s the appeal of a church?

“It had what I thought were good lines,” he begins. “It’s not what you might be picturing. It doesn’t have vaulted ceilings, and it has no pews. It’s just a wide, open space.”

One thing that appealed to Fergusson, beyond the church’s fulfillment of his structural needs, was the site. “It’s isolated. It’s about privacy. As an artist, I don’t want to perpetually live in the space where I shall work or with the art-viewing crowd surrounding me at all times.”

Fergusson agrees with my theory about these institutional buildings representing what lofts did 10 years ago. “As various industries abandon their space, artists move in,” he says. “That’s what lofts were. Schools are abandoning themselves now.”

And that’s why Nikol Lohr is having so much fun.

“I really liked school,” she says. “I like learning, and I like being graded and judged.” That’s not a sentiment you hear every day, but it makes some sense. As someone who works for herself (on projects such as the entertaining Web site Disgruntledhousewife.com and an upcoming knitting book called Naughty Needles), Lohr misses evaluation, structure and external sources of motivation. Don’t misunderstand — she doesn’t miss the kind of evaluation she got in the workforce, back when she had a boss. “That just kind of made me seethe with resentment,” she recalls. No, she misses that teacher’s stamp of approval and the stern but sweet discipline that must be followed to earn it.

Living and working in a schoolhouse, she says, “You’re that person you lose when you get out of school.”

She wants to share the experience with other artists — who, she says, could really get some work done if only there were fewer distractions. That’s what makes the Harveyville Rural High School and Grade School buildings and the Eskridge Rural District 31 High School and Grade School buildings so perfect. In Harveyville and Eskridge, she says, “There truly are no distractions. Except yourself.”

The Harveyville Project will begin operating as an artists’ retreat in the spring. Lohr hopes to draw writers working on books with deadlines approaching, artists with shows looming, and people who just want a weekend getaway. Because of the bigger gym-and-auditorium complex at the Eskridge campus, Lohr is also thinking about hosting a film festival, but for now she’s in the process of seeking nonprofit status and applying for grants.

Lohr lives in the Harveyville High School building. Her bedroom is a classroom. Her bathroom has stalls. She has converted the band room into her personal library. When I visited, I stayed in the social-studies room — and used the projector to watch a movie before bed. That night, I was too cool for school.