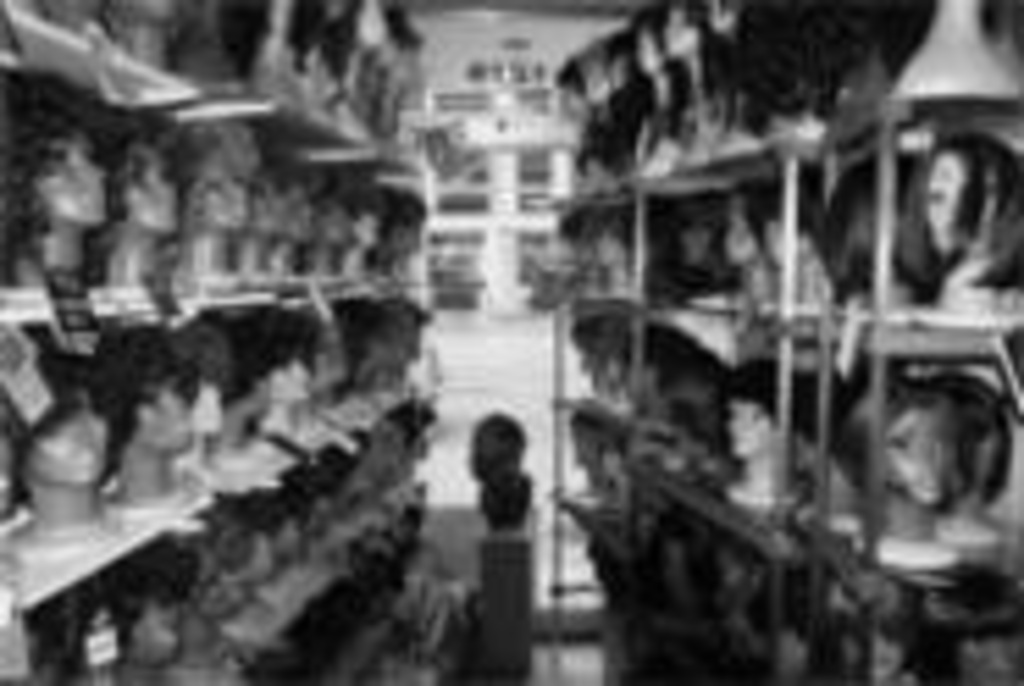 Mannequins with distant stares have modeled wigs at Gigi’s on Grand in downtown Kansas City, Missouri, since 1984. But if the city’s Tax Increment Finance Commission has its way, the owners of the shop, Chung Hoe Ku and his wife, Myong Suk Ku, will be forced to pack the heads in boxes and vacate the premises.

The TIF Commission is trying to condemn the Kus’ property, forcing them to sell. Condemnation is a powerful redevelopment tool the TIF Commission used to acquire several properties the city needed to begin construction of the entertainment district and the new H&R Block headquarters, major projects in downtown’s South Loop.

The wig shop, however, stands just outside the boundaries of the entertainment district. The property is clear of the site where the new arena is going, too. There is, in fact, no project planned for the block where Gigi’s Wigs stands.

Just the same, the TIF Commission has demanded the Kus’ property — and is poised to transfer it to one of downtown’s largest private developers.

A TIF Commission official says the agency is being “proactive,” but proactive looks oppressive to the Kus, who are fighting the condemnation in court.

The dispute over a humble wig shop in downtown Kansas City is an example of an intensifying conflict between the rights of property owners and the ability of cities to foster redevelopment. In the coming weeks, the U.S. Supreme Court will decide whether the city of New London, Connecticut, can use its power of eminent domain to displace waterfront homeowners in favor of privately developed offices and hotels.

The decision will be watched closely by property-rights advocates, who warn that a decision in favor of New London will put every home, church and corner store in peril of being bulldozed by Costco or some other big, tax-revenue-generating business. Groups such as the National League of Cities argue that increasing the tax base qualifies as a “public use,” a condition for the taking of private property allowed by the Fifth Amendment of the U.S. Constitution.

Yet even New London’s defenders might frown upon the way Kansas City’s City Hall and its surrogates have used the power of eminent domain.

In pursuit of the property owned by the Kus (Korean-Americans who live in Leawood), the TIF Commission has bent the truth.

Gigi’s troubles began on August 6, 2004, when the TIF Commission made a written offer to pay $335,350 for the Kus’ building. The letter to the Kus from Colliers International, the TIF Commission’s real estate agent, described an “exciting redevelopment cycle” happening downtown, specifically the entertainment district and the arena. The letter said the Kus’ property stood “within the area that will be purchased for the above described developments.”

But the statement was not true, which Missy Wilson, the TIF Commission’s vice president of development, was forced to admit during a February court hearing. Wilson also admitted that failure to acquire the Kus’ property would not hold up any of the 11 projects pending or proposed in the South Loop.

The TIF Commission had already purchased property to the north and south of Gigi’s Wigs when Wilson testified in February. The wig shop, Wilson said, was needed to complete a contiguous parcel that would make redevelopment feasible.

What kind of redevelopment? Wilson testified that Copaken, White & Blitt had “expressed interest” in obtaining property on the block to satisfy its parking needs. Copaken operates two nearby high-rises, 1201 Walnut and Town Pavilion. Copaken, Wilson said, lost parking for the towers when it gave up land to make room for the entertainment district.

But Wilson undersold Copaken’s interest. On the same day she testified, the TIF Commission sold the parcels around Gigi’s to Copaken subsidiaries, records show.

“It wasn’t like it was a gift,” Miller says. “It was a commercial transaction to replace the parking that was taken away.”

Yet smaller businesses forced to make way for the entertainment district were not offered prime relocation spots. Daryl Penner, whose family owned a formal-wear shop where H&R Block is building its new headquarters, tells the Pitch that the TIF Commission never showed him an alternate site within the downtown loop. The Penners’ business, American Formal and Bridal, ended up across the state line, in Mission.

In court, the TIF Commission hinted at its justification for favoring Copaken over other property owners.

Wilson testified that Copaken was “retenanting” its office towers but that it lacked sufficient parking.

“So to provide for the economic utilization of the existing buildings in downtown, there needs to be more parking, is that right?” Steve Mauer, a TIF Commission attorney, asked Wilson.

(Wilson declined to comment to the Pitch, citing the ongoing legal action. When the Pitch asked for a comment from Jon Copaken, the director of development at Copaken, White & Blitt, he deferred to Miller.)

In testimony, Wilson tried to describe the blighted conditions of the block where Gigi’s stands. Wilson said there were “surface parking lots and abandoned buildings, limited use of the properties.”

Blight is important to the TIF Commission’s case. Mauer argued in court that eliminating blight qualifies as a “public use,” according to Missouri case law, and that the TIF Commission therefore did not need a project to justify taking the parcel. “Whatever is going to happen to it after the blight is eliminated is of irrelevance,” Mauer said.

But what happens to the property is apparently relevant to the Kus (who declined to be interviewed). Roe says Chung Hoe Ku would be more willing to move if he knew for certain that he stood in the way of city progress. “He says, ‘If I could see why they wanted property, I would understand it,'” Roe explains. “But he says, ‘This I don’t understand.'”

The Gigi’s Wigs block is, for the most part, an eyesore. The Kus have kept up their building, but it is surrounded by vacant storefronts and grimy walls. Throughout the South Loop, slumlords and speculators have outnumbered conscientious business owners.

Still, the idea of the government taking private property for purposes other than building roads or schools unsettles even those who advocate a liberal interpretation of the Fifth Amendment. Anthony Williams, the mayor of Washington, D.C., and the president of the National League of Cities, has said the power of eminent domain “is not to be used lightly.” The American Planning Association recommends that governments consider subjective notions, such as the emotional attachment a property owner might feel after running a family business at a location for years, and pay more than fair market value to those displaced by urban renewal.

Kansas City has chosen a different tack. The Penners, for instance, are still fighting with the TIF Commission over how much they will be paid for the Main Street property they were forced to sell (“Always the Bridesmaid,” August 19, 2004). “You put a gun to somebody’s head and you’re about to pull the trigger, they have nothing to do but squirm and fight, and that’s what we did,” Daryl Penner says.

Missy Wilson told the Pitch last summer that nothing she could do or say would make the Penners happy.

But for Jon Copaken, who is chairman of the influential Downtown Council, Wilson’s agency had no problem coming through.