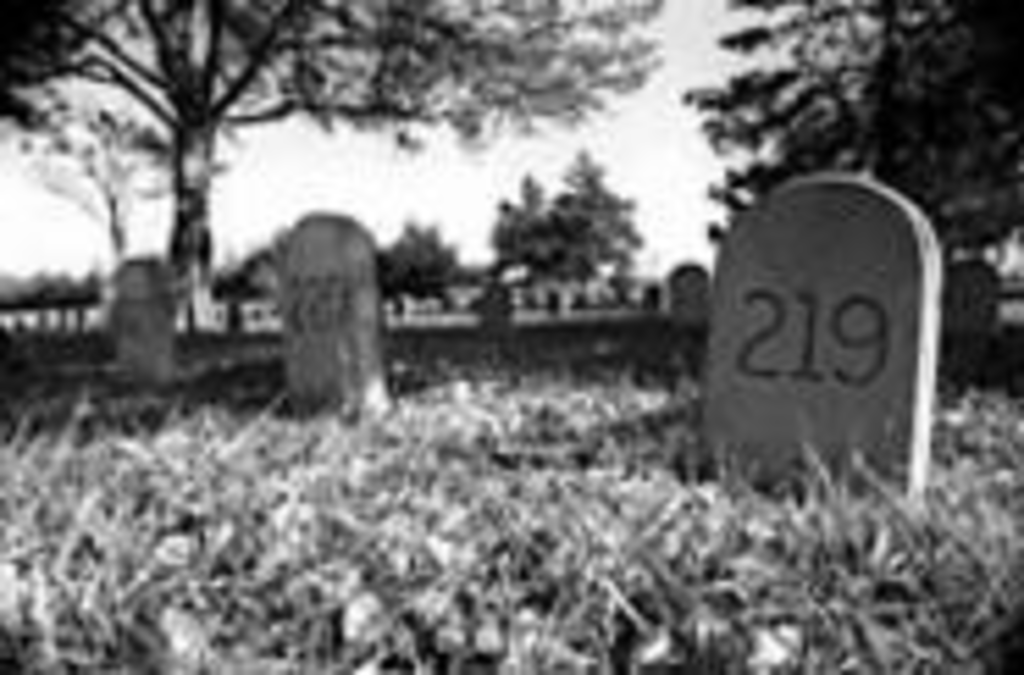 When the Kansas State Insane Asylum in Osawatomie, Kansas — a small town fifty miles south of Kansas City — opened in 1866, one of the first patients to arrive was a woman from the western part of the state. She’d been hauled more than 100 miles across the prairie in a wagon, with her hands and feet tied by the people who delivered her.

Today Osawatomie State Hospital patients arrive by car, exiting off Highway 169 onto a two-lane road leading to a circle drive on the hospital grounds. They pass a graveyard where 346 headstones sink into the grass. Faded numbers identify people, most of whom had no family that would claim them, who were buried there until the early 1950s.

Osawatomie’s tree-shaded campus, where 25 buildings are spread out over 1,000 acres, recalls a time when doctors recommended an isolated, pastoral setting for their mentally ill patients. And because of state budget cuts, psychiatric patients in Kansas City, Kansas, may be headed back to those days.

In the past twelve years, employees at the Department of Social and Rehabilitation Services — the state agency in charge of Kansans’ mental health — have cut down the amount of time people spend in state psychiatric hospitals. SRS staffers developed close relationships with social workers at local mental-health centers where, instead of languishing in hospitals, patients see counselors, join support groups and get help finding homes and jobs. Social workers helped ease these patients back into their communities, teaching them life skills and making sure they stayed on their medication. As a result of the state hospitals’ collaboration with such centers, the average number of patients at Osawatomie State Hospital dropped from 343 in 1990 to 178 in 2002.

On October 8, though, in a statewide conference call that included around 400 people — mostly SRS staff, social workers, administrators from mental-health agencies and state legislators — SRS Secretary Janet Schalansky proposed closing Rainbow Mental Health, a sixty-bed psychiatric hospital near KU Medical Center. Its adult patients come from the ten counties in and around Kansas City, Kansas; children arrive from 46 Kansas counties. Rainbow is the only state psychiatric hospital that sits in the middle of a large metropolitan area with easy access to therapists, support groups, drop-in centers and an extensive mental-health network.

With therapy, close supervision and medication, Rainbow’s patients are usually out in three weeks.

The Kansas state budget is “down to the bare bones,” says Stacey Herman, an SRS spokesperson. Rainbow hasn’t been operating at capacity, she says, and it’s “very likely” that SRS will close the hospital.

If this happens, by July the state will begin sending Kansas City, Kansas, patients to Osawatomie.

“We’re moving backward,” says Leslie Young of Wyandot Mental Health Center. Young says that her agency’s social workers won’t be able to pay such close attention to patients, and distant family members will find it hard to visit them in Osawatomie. There, the average patient stays for two months. Some have lived on the campus for years.

Like Rainbow, Osawatomie State Hospital has “liaisons” (masters-level social workers from mental-health centers like Wyandot, who help patients arrange medication and discharge plans) and case managers who help patients find homes and jobs. They’re just not as available. Social-worker liaisons are on the Osawatomie hospital campus at least once a week, says Don Jordan, the hospital’s superintendent. Whatever happens with Rainbow, he says, “We will do whatever we have to do to facilitate making this work.”

Not everyone is so optimistic.

“By closing Rainbow, we’re increasing the chance that someone’s first experience with inpatient treatment is going to be a large hospital far from home,” Young says. “It could be anyone’s mother or child. That experience shouldn’t be far away from people who care about them.”

And the cost-cutting measures won’t make mental-health care more efficient in Kansas City, Kansas. Wyandot’s case managers, who find it easy to drive Rainbow patients to job interviews or to look at apartments in Kansas City, would have to drive four hours, making two 100-mile round trips to run those same errands with a single patient from Osawatomie. Sheriff’s deputies would rack up hours of drive time shuttling patients to and from courts.

This isn’t the first time SRS has considered closing Rainbow. In 1999, Governor Bill Graves appointed a task force to study the state’s hospital system. The group recommended in March 2001 that Rainbow stay open — and serve as a model for the state’s psychiatric hospitals. Now SRS is acting against its own advice.

Times have changed, Herman says. “There has been a lot of progress made in the mental health-field in Kansas, and we don’t want to go back. Nobody wants to go back.”

Osawatomie State Hospital bears little resemblance to its asylum days. The hospital has a skilled staff, an adult education program, a greenhouse, a pool, a gymnasium, an extensive library and a sheltered workshop program. Closing Rainbow “is not a service reduction,” Herman says.

“The services are just moved down the highway,” she continues. “We have another hospital that’s fifty miles down the road, and that’s really not that far in Kansas City terms. There are people who commute fifty miles every day.”

On a recent afternoon, 41-year-old Gilda Hodge, who endures the mood swings of bipolar disorder, chatted with family members in the Rainbow lobby. She can’t imagine what it would be like to be far from relatives who ride city buses to see her now.

“I don’t want to go to Osawatomie,” says Hodge, who has been a patient at Rainbow before. “This is my community.”

“It’s pretty,” another patient, Rose Bui, says of Osawatomie. “But there are a lot of people there. I get one-on-one treatment here. Sometimes you feel like you can’t wait, and you need someone to talk to about private things.”

At the museum in downtown Osawatomie, asylum memorabilia reveals that few people visited the “unfortunates” locked within the hospital on Asylum Hill. One pamphlet tells of a sixteen-year-old girl named Mary who was admitted to the hospital in 1897. She didn’t leave again until 1958, when she was transferred to a nursing home at age 77. Hospital records showed no record of anyone having visited the woman during her 61-year stay.