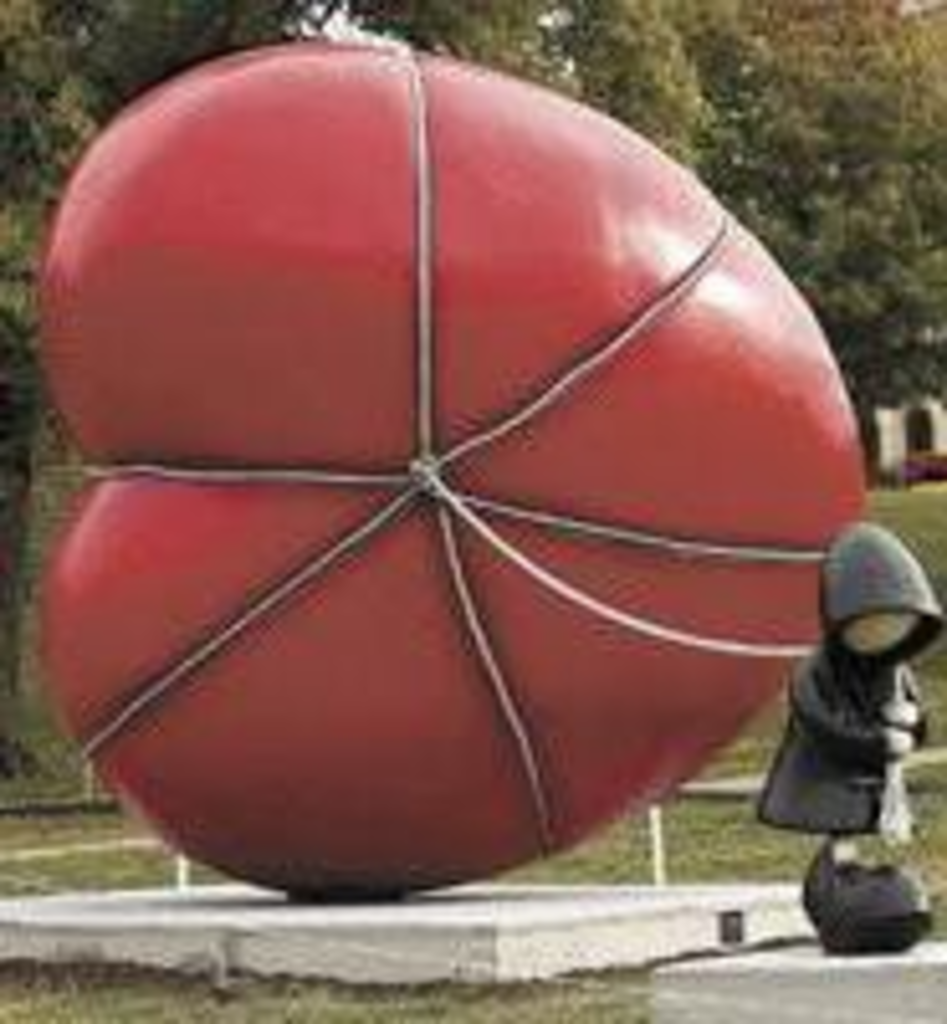 The same people who poo-poo suburbanites for coming to Crossroads art openings are the same people who will probably be bothered by the Mackenzie Thorpe show at the Leedy-Voulkos Art Center. Thorpe is an internationally known artist, represented by the Chase Group in Chicago. This exhibit covers 10,000 square feet of gallery space, and Thorpe also has sculptures on display through December at Mill Creek Park on the Plaza. Thorpe has a cult following throughout the world and could arguably be likened to Thomas Kinkade, a man who mass-produces prints of his paintings and sells them in Thomas Kinkade galleries (stores in U.S. shopping centers, including one on the Plaza).

Yes, Thorpe’s marketing machine consists of his own gallery, Arthaus, that exclusively shows and markets reproductions of his work. Yes, he is represented by a large agency and sells calendars and mouse pads with his work on them. But who cares?

Actually, Thorpe’s presence is kind of a coup for the city. The fact that Kansas City is the first stop on Thorpe’s world tour garnered attention from an international art community in which Thorpe’s work is sufficiently respected. Holly Swangstu, gallery director for Leedy-Voulkos, says people from all over the world have come to see the show; at least 300 new gallerygoers turned up for opening night. Besides, Swangstu says, Thorpe’s show at Leedy-Voulkos consists of original work — all of the pastels shown are new and one-of-a-kind. Also, she says, the serigraphs that usually make up the bulk of his shows are created in his presence, not made in a factory. Thorpe reportedly said he was “blown away” by Kansas City and its First Fridays, and we do love anyone who loves us back.

On top of everything else, Thorpe seems to be a genuinely nice guy. His charitable organization, the No One to Catch Me Foundation, aims to help disadvantaged youth, and he often leads workshops with children. (Some of the kids’ artwork hangs in the Opie Gallery in the back of Leedy-Voulkos.) Finally, the first 10 percent of Thorpe’s sales at the gallery will be donated to the Boys and Girls Clubs of America.

Thorpe, the oldest of seven kids, was born into a working-class family in Middlesbrough, England. His dyslexia went undiagnosed, and he quit school at a young age to work in the shipyards, as the rest of his family had done. He struggled through art school but eventually graduated from the Byam Shaw School of Art in London.

Why would people begrudge a struggling artist’s successes?

Because the art isn’t that interesting.

Swangstu tells us that children particularly like it, which makes sense; his original pastels resemble children’s-book illustrations. Thorpe’s sculptures would fit well in a children’s park or garden — their oversized heads and minimal facial features recall Hello Kitty. Thorpe’s recurring hooded character pulling a large heart behind him with strings (like a hobo with an extra-large knapsack) suggests a macabre, gothic version of the cartoon character Ziggy.

There’s a universality in Thorpe’s work that makes it easy to relate to, much like the themes in fairy tales such as Hansel and Gretel: Being lost in the woods beneath looming trees can be a metaphor for any overwhelming situation in life. Rendering these ideas in the way that Thorpe has done is less threatening. But to some, Thorpe’s work will seem overly simple.