‘He did good plays well’ 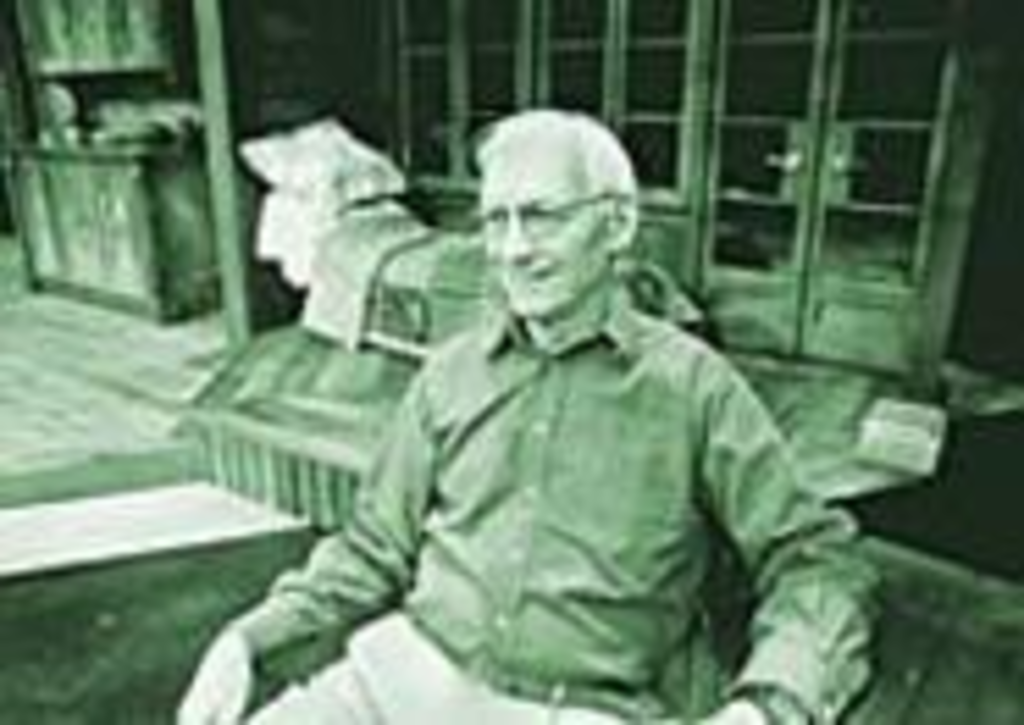 When Missouri Repertory Theatre’s artistic director, George Keathley, first came to the institution more than 20 years ago, he had been living in New York directing such soap operas as All My Children and the occasional play. His call to Kansas City was to guest-direct The Visit, a title that proved to be a lie.

Six years later, the theater named him the successor to departing director Patricia McIlrath. After 15 seasons of shows that have both invigorated and alienated local audiences, it is Keathley’s time to go. He is returning to Key West, Fla., where he was born and where his mother’s family established roots in the late 1800s.

“I thought I’d stay five (years),” he says, “but one thing led to another. I was able to do the plays I wanted to do. The theater was the draw: this wonderful building, the board of directors, the institution itself.”

It was a strong enough draw to lure him from a lucrative position. “While the pay on the soaps was fine — extraordinary as a matter of fact — I hated the work,” Keathley says. “I had come out here in 1979 to direct The Visit and they brought me back to direct The Dresser. Then they offered me the job. I was then 60 and, at that time of my life, to go back into theater in a deep, full, meaningful way was very exciting to me.”

The media blitz accompanying the import of the new artistic director, Peter Altman, has prompted rumors that have the acting community in knots. Chief among them is that Altman likely will hire mostly out-of-town actors.

“I’ve heard a great deal of that (speculation). That’s the fear, isn’t it?” Keathley asks, recalling a similar charge made about him early in his tenure.

“I remember that Robert Trussell did a scathing article in (The Kansas City Star) where he took me to task because I did not use enough local actors. I was furious about it. I read them the riot act: ‘This is unconscionable. This is yellow journalism. You have not done your research. I use more local actors than any regional theater around.'”

It’s hard to believe such a fuss ever erupted, given the plethora of local actors — Mark Robbins, Gary Neal Johnson, Peggy Friesen, Mindy McCrary, and so on — who show up on The Rep stage over and over again. When asked about the scope of local acting talent, however, Keathley isn’t overly complimentary.

“The pool of acting talent here is not vast, but it’s good — about one deep, occasionally two deep. If Mark Robbins can’t play it, who do I get? There’s John Rensenhouse and Larry Greer. If I can’t get Peggy, who do I get? Merle (Moores). Then where do I go?”

Keathley says he manages to check out the local theater fare when he can — mostly watching the acting — and heartily discounts the allegation that he and other companies have ever “fought” over rights to perform the same productions.

“That is all very misconceived and misquoted,” he says. “I’ve never gone out to try and take a play away from somebody. That perspective is skewed.”

Still, there have been cases where The Rep and the Unicorn have wanted the same play. A recent example was Gross Indecency: The Trials of Oscar Wilde. Keathley had the rights and the Unicorn wanted them. The Rep won that one, yet both theaters came out winners, what with the Unicorn’s production of the other biographical Wilde piece, Judas Kiss, superlative in every way to the Broadway production starring Liam Neeson.

But it’s the tale of Wendy Wasserstein’s The Sisters Rosenzweig that raises the most chortles.

“I had the rights, and Cynthia (Levin, artistic director of Unicorn Theater) called and said, ‘Are you going to do it ? Because I’d like to.’ So I read the play for the third time, still not pumping up any enthusiasm for the fucker, and then a road company of the play came through Topeka. Thinking that I was missing something, that I didn’t know how to read a play, I went to see it. I sit there in this huge house and see this awful play, left at intermission, came home, and called Cynthia and said, ‘Cindy, if you want Sisters Rosenzweig, you can have it.'”

Keathley says The Deputy, Three Tall Women, M. Butterfly, and the recent Seagull rank among his favorite productions, while Tons of Money “was a low point.” But he’s reluctant to define what, if any, legacy he leaves.

“I don’t know what it would be. I would hope it would be that ‘He did good plays well. He worked well with actors.’ I would like to be known more for that than anything else.”

Although Keathley will return to Kansas City this fall to direct A Christmas Carol, the end of the Keathley era is not going down too well.

“I’ve been a little depressed about all this, about leaving. What does Bernie say in A Country Girl, a Clifford Odets play about the theater? In the last act, he says, ‘A job is a home to a homeless man and now my job is over.’

“That keeps going through my head like a loop. I’m ambivalent and a little depressed. It’s been very, very good to me.”