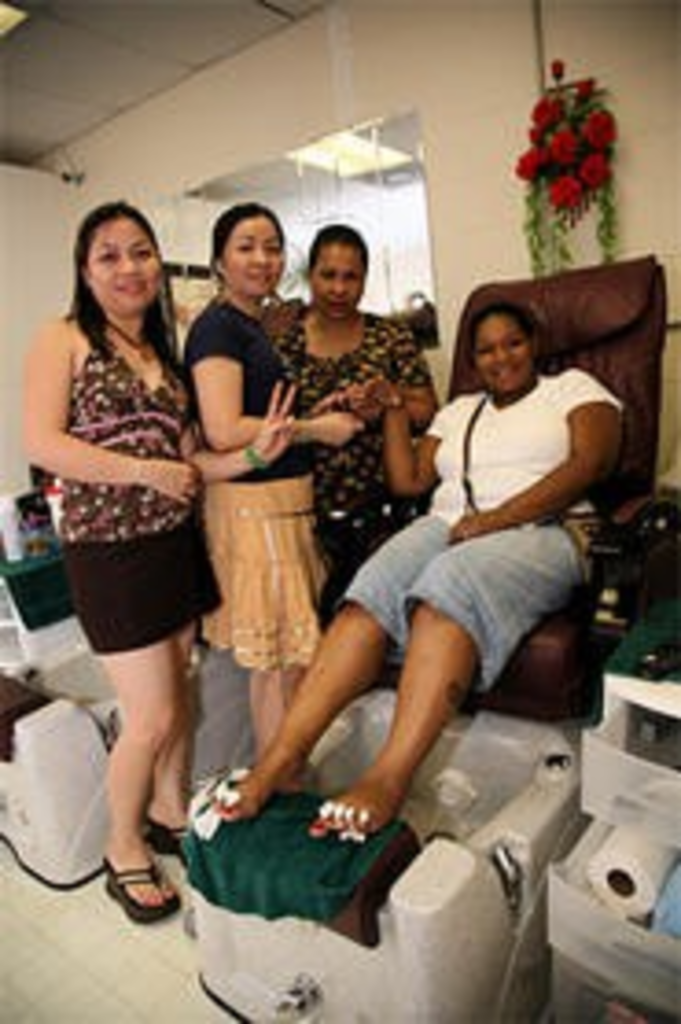 A few weeks ago, Kansas City, Missouri’s City Council let a piddly $36,000 contract with an engineering company bloat all the way up to $22 million. (You read that right: three additional zeroes.) That same day, the council held up a nonprofit group’s measly $125,000 funding request.

Care to guess which deal would have put money in the hands of black people?

Those who guessed the lower amount get a gold star for healthy cynicism.

OK, I’m not playing fair. My opening question gave you limited information. I didn’t note that Mayor Mark Funkhouser and other council members clearly weren’t happy that the $36,000 contract, a five-year-old agreement with Burns & McDonnell, was being rewritten for the 10th time. And I didn’t tell you that the nonprofit, the 12th Street Heritage Development Corp., had made a special request because sloppy bookkeeping kept it from traditional funding sources.

The council had reasons for approving one deal and frowning on the other. Still, the episode said something about the way business gets done in Kansas City, where East Side projects seem to come under greater scrutiny than those driven by connected white people.

Let’s start on the East Side — at 12th Street and Brooklyn, to be precise. Unlike at 18th and Vine, the storefronts on these four corners are real. Developed by barbecue baron Ollie Gates, the development at 12th Street and Brooklyn offers places to eat (Chinese and soul food, as well as Gates’ own saucy meats); beauty schools; nail salons; a hardware store; a minimart; a self-service laundry; and offices of the Southern Christian Leadership Conference and Freedom Inc., the black political club.

Gates Plaza won’t win any urban-planning awards. The stores, which sit back from the sidewalks, defer too much to the automobile. But I have a crush on places like it and the area around Southwest Boulevard and Summit, which meet the needs of residents who live in census tracts that developers tend to ignore.

Gates helped found the 12th Street Heritage Development Corp. in the early 1980s. The organization has built 70 new homes in the area, including a block of painted ladies, brightly colored town houses along Michigan Avenue. The town houses went up with the help of the federal government — and tax abatements less generous than what the city has bestowed upon luxury condo developments inside the downtown loop.

A success story on the ground, 12th Street Heritage Development had trouble on the administrative end. The organization became ineligible for federal grants after a 2005 audit found irregularities. A 2007 city audit of agencies that receive city funding also highlighted deficient accounting practices.

The 12th Street Heritage Development Corp. then did what a lot of businesses do: It found a sympathetic council member.

Third District Councilwoman Sharon Sanders Brooks sponsored an ordinance to give 12th Street Heritage Development $125,000. The proposal met resistance. Neighborhood groups and other council members complained that the money was being taken out of the minor-home-repair fund. Funkhouser said he opposed the request because it circumvented a new housing policy that the city had put in place. (Sanders Brooks withdrew the ordinance before it came to a vote of the full council; it will be reintroduced on September 20.)

The 12th Street Heritage Corp.’s request had fleas, all right. And I can’t fault city officials for being tight with housing money after highly public debacles like Beacon Hill, where a bumbling agency spent nearly $600,000 fixing up two modest bungalows.

Still, it seems there was a lot of fuss over $125,000 for an area that is far from a sinkhole of urban development.

Burns & McDonnell, meanwhile, has been working with the city to develop a plan to improve our antiquated sewer system. The city is under state and federal pressure to come up with solutions for minimizing the bacteria and other nasty stuff that pour into rivers and streams after storms. A draft of the plan will be submitted this month.

The council seems to realize that good governments don’t let $36,000 contracts metastasize into Powerball jackpots. Yet the importance of the project drove the council to hold its nose and approve Amendment No. 10 anyway.

Elected officials are saying the right thing, that they don’t like the way the Burns & Mac contract has been supersized. But turning back wasn’t an option. At the August 23 council meeting, Councilman Ed Ford pointed out that the city had known at the outset that developing an overflow-control program was going to be a long-term and costly endeavor. “This would be a terrible time to stop the process and start all over,” Ford said. (Sanders Brooks was the only council member to vote against the amended contract.)

City officials have also questioned the substance of the Burns & Mac deal. Of the $6.95 million the council recently appropriated, $1.6 million goes to public relations. “Are we just spending it to say that we’re spending it, or are we spending it and actually getting value?” Councilman Russ Johnson asked during a committee meeting.

One of the public relations subcontractors is Astra Communications. Astra is owned by Lynn Hinkle, who was treasurer for Councilman Ford’s campaign and has given $500 to former Mayor Kay Barnes’ 2008 run for Congress. She’s connected, in other words.

One of Astra’s primary duties has been to raise awareness of the effort to build 10,000 rain gardens in Kansas City. Rain gardens put thirsty plants in the path of storm water and snowmelt; these mini-wetlands filter pollutants, such as fertilizer, that would otherwise rush into the sewers.

Hinkle says rain gardens are a low-impact way of mitigating the city’s storm-water problem, a job that might require a $3 billion investment in new sewer lines. “If you can save the public money by doing it, you do that,” she tells me.

I don’t question Hinkle’s enthusiasm for the project. But the results appear to be lacking. So far, the campaign has registered only 255 rain gardens on its Web site. Seems hard to believe that the Environmental Protection Agency will look at the effort and tell the city to forget about replacing sewers that date back to the Civil War.

The campaign, to be sure, has made rain gardeners out of residents who didn’t bother to register. But I was curious about whether Hinkle had made believers of the city’s storm-water experts-for-hire. So I drove to Burns & McDonnell’s building on Ward Parkway last week.

I saw asphalt, grass that looked chemically enhanced and one of those fitness trails that came into vogue in the 1970s.

But I didn’t see a rain garden.