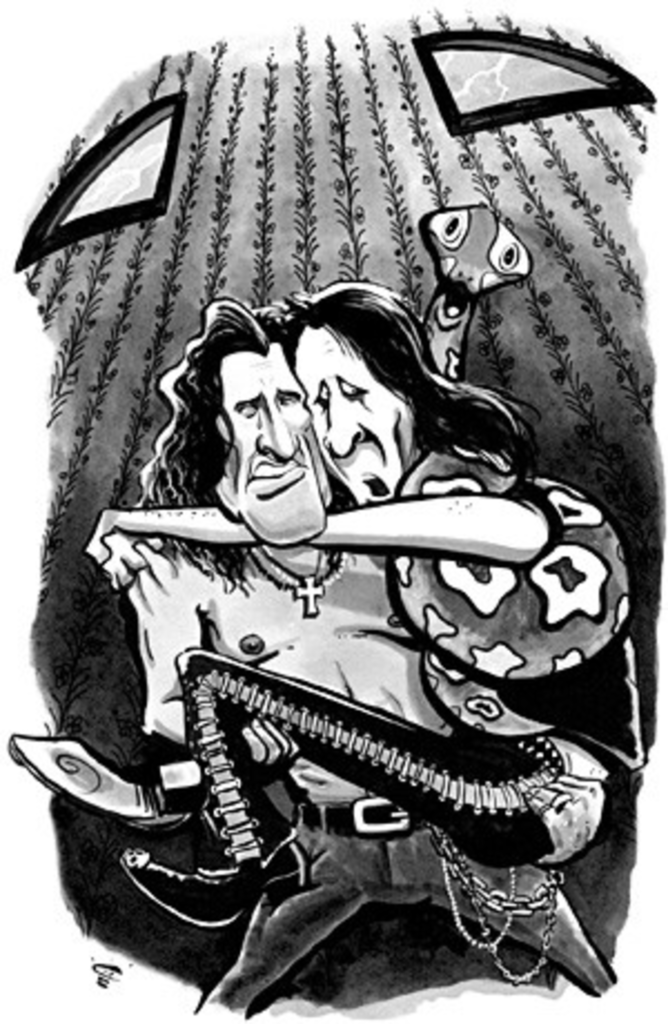 With Halloween right around the corner, we thought it might be interesting to get a few rock stars to share a few of their ghost stories. We got more than we expected.

On recording M5’s latest, It Won’t Be Soon Before Long, at Rick Rubin’s allegedly haunted house: “One night, when I was there alone, I saw a figure walking up the stairs when there was nobody else in the house except my girlfriend at the time. I was so certain that I’d seen someone that I called out to this thing and then went up to the room that it had walked into. There was nobody there. I don’t know how to explain it, but that’s what I saw.”

“[I formed this band with this guy], and on the night of our first jam, we drove forever out to his place, this really forested area. He hadn’t drummed in a year because, he said, he’d been drinking and into drugs … but he says, ‘I’ve quit now.’ So I play guitar, and he plays drums. But I remember he was sweating a lot, pretty profusely through the whole damn thing. That night, I have this really crazy dream where I go into the bathroom and see this guy in the mirror. This ghostly figure in the mirror is [basically] saying goodbye to me, and he gives me this necklace, this medallion. The next day, I heard that three hours after the jam, he died. His heart stopped. I guess his body was so run-down that drumming for three hours essentially killed him. It’s creepy … when he died was basically when I had the dream.”

“School’s Out” by Alice Cooper, from The Muppet Show:

“I get out of rehab, and Joe Perry got out of rehab at the same time. I was going to write two songs for this movie I was going to be in and thought, I’ll call Joe and we’ll do this together. We checked into this big old house in the middle of [upstate New York], this big gothic-looking thing. I’m putting my clothes away. I leave the room and come back and … the drawer I was packing is closed. Hmm, I don’t remember closing that. This house was so full of whatever that, on the second night we’re there, we’re sitting there eating dinner and it sounds like somebody is moving furniture in the basement. It’s making so much noise, it’s not even trying to be subtle. I say to Joe, ‘We’re the only ones here, right?’ I’m not going down into the basement to find out what’s down there. I say, ‘This house, every time I put my coat down, I come back and it’s gone.’ Joe said, ‘The same exact thing is happening to me, too. I thought I was just going through a recovery thing, being forgetful.’ So we ran out of the place. I found out later this is where the guy who wrote The Amity­ville Horror wrote the story, there in that house.”