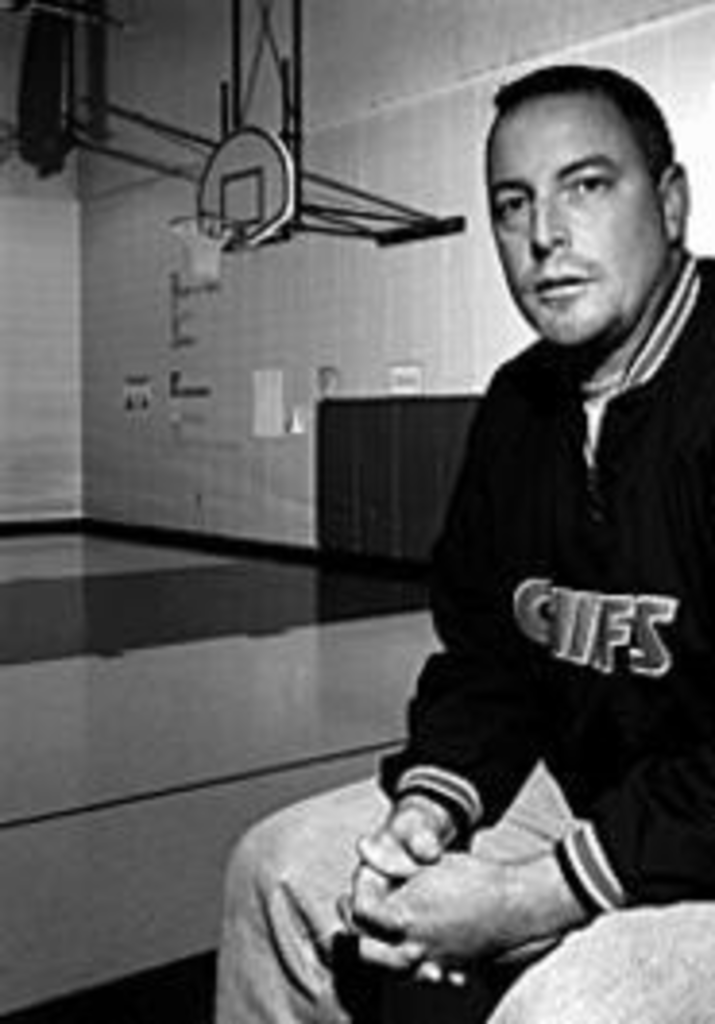 Volunteer youth football coach Kevin King was glad to comply when the Heart of America Pop Warner Football League asked him to fill out a consent form agreeing to a background check two years ago.

The last thing he expected, after all, was to be wrongly branded a child molester.

All during August 2001, King had held practices three nights a week, putting his team of twelve first- and second-graders through running, weaving and passing drills as cheering parents sat in lawn chairs on the sidelines.

When the city of Independence requested screening of King and about 400 other Pop Warner coaches — the city lets the league use its playing fields as long as its employees are checked against state Social Services and Highway Patrol records for “inappropriate behavior” — King knew his clean record meant he had nothing to worry about.

So he was shocked when Richard Grove, then a member of the league’s board of directors, pulled him aside at his team’s first game on a warm Saturday afternoon in early September and told him that a report from Missouri’s Department of Social Services indicated that King might have sexually abused children. The report, which had been mailed from the state Department of Social Services to the city of Independence and then to Grove, said there was “probable cause” to believe King had been involved in the “sexual maltreatment” of a child in two incidents in 1995.

King was stunned. No one had ever accused him of such a thing, and he had been a volunteer coach for kids’ teams in the Independence area for almost two decades. He finished coaching that day’s game, then contacted the Jackson County Division of Family Services, a division of the DSS. There, Gretchen Wheaton-Weston immediately realized the DSS had made a mistake. The error likely occurred because King was listed as the current spouse in DSS records regarding his wife’s custody dispute with her ex-husband. But King had been accused of nothing.

After the DSS admitted that its staff had made an error, King notified Grove, who requested proof. On September 14, 2001, Wheaton-Weston sent Grove a fax stating that the DFS had “no probable cause or finding of sexual maltreatment or physical abuse by Kevin King.”

But the fax wasn’t good enough for Grove, who tells the Pitch that he refused to accept the document because it had come from a county office, on DFS letterhead, rather than from the state office of the DSS. “There could have been information that the county didn’t have but the state did,” Grove says.

Grove called a meeting of team parents to tell them about the questions regarding King’s past. At the meeting, Pop Warner board members told the parents that King would no longer be coaching.

Some parents turned against King, but others defended him, pulling their kids out of the Pop Warner league and signing them up at the Independence YMCA, where King was able to serve as an unofficial assistant coach.

“It hurt. It really hurt,” says King, a father of five.

Wanting to see his name cleared, King tried to get back on at Pop Warner. Independence city ordinance mandates that the league must disqualify a coach if a conviction involving violence against or exploitation of a child turns up on his background check. The coach, however, is allowed to appeal the decision before a committee of three city officials. But King never got such a meeting.

King wrote a letter to the city requesting an appeal, and he and his wife delivered it to the Parks and Recreation Department, where Program Manager Sue Reynolds signed and dated it. King says Reynolds told him there would be a hearing on the matter and gave him a time and date.

“Me and some parents from the football team showed up for the meeting [on the assigned date], and no one was there,” King says. “They didn’t bother to call us.”

But Grove blames King himself.

When King learned he’d been accused of being a pedophile, he got mad, Grove says. “That’s what it boils down to, is his pigheadedness,” Grove says. Grove, who is no longer involved with Pop Warner, says he urged King to quietly step aside and give the city and the league a chance to investigate the matter. “But he ranted and raved and got vulgar,” Grove says. By the time Grove got a letter from the Missouri Department of Social Services officially exonerating King — three weeks after the board had removed King as coach — Grove no longer wanted King to be a part of Pop Warner.

“He should have handled it politely,” Grove says.

King, however, wasn’t inclined to be polite about false charges of child molestation. This September, King filed a lawsuit against the city of Independence, the Pop Warner Football League, Grove and former Pop Warner Board President Terry Bowen. He is seeking at least $100,000 from each defendant, and he wants a court injunction ordering the city to rescind his coaching disqualification and remove from the Parks and Recreation Department’s files all records regarding the erroneous charges. (Independence Parks and Recreation Director Bob Belote tells the Pitch he can’t comment on a case that’s in litigation.)

King says he is still dealing with what he views as fallout from the false accusations. Although the YMCA has allowed him to help out another coach (a friend of King’s), King says the organization has four times turned down his applications to coach basketball and football there over the past two years. A few weeks ago, a Fort Osage School District after-school league also refused to let him coach.

“[Pop Warner] didn’t double-check to make sure this was true before they told everybody about it,” King says. “I know there are still people out there who think this is true.”

One of the few places that will let him coach is Sports City, a 76,000-square-foot facility in Blue Springs that runs sports leagues for children, teenagers and adults. There, King coaches a boys’ basketball team.

“He’s coached here several seasons, and we’ve never had any problem with him. He’s always been really cordial,” says Paula Pickett, a Sports City manager. “Seems like a nice guy.”