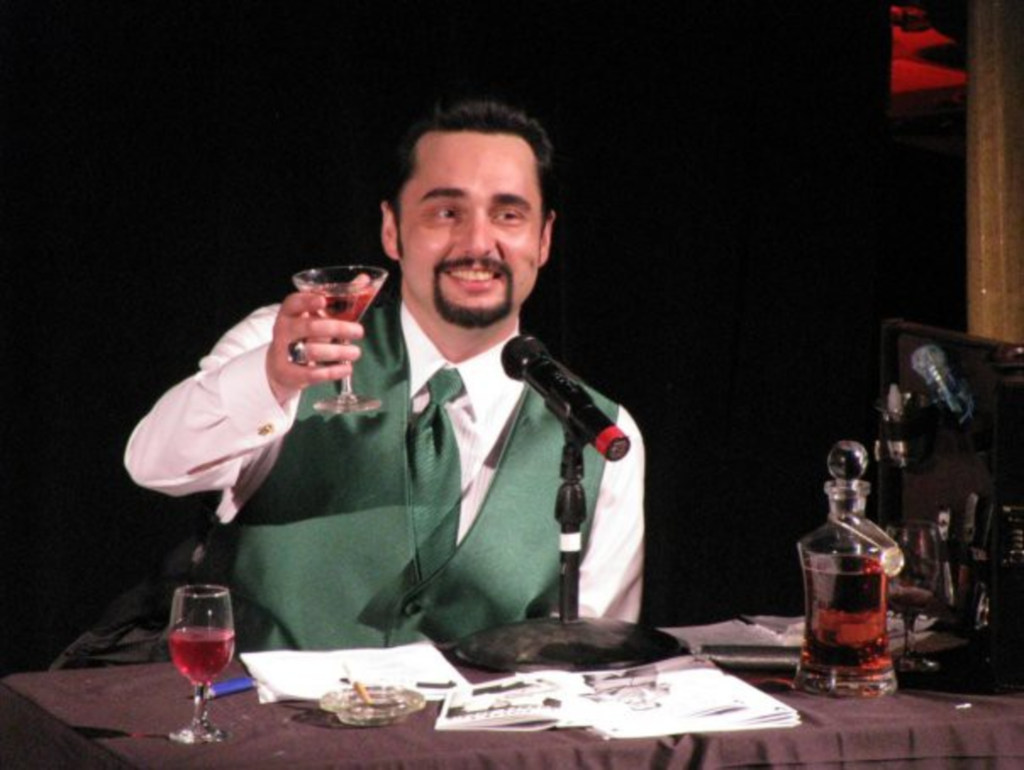 Martini-swigging, sweet-talking Victor Continental resurfaces in Lawrence for the sketch-comedy-and-cabaret event Victor Continental’s Hard Times. The long-running Victor Continental Show, which debuted in 1998, has become a Lawrence summer staple. This 16th installment invades Liberty Hall (644 Massachusetts, 785-749-1972) tonight and Saturday and features two dozen actors from Lawrence’s Card Table Theatre troupe performing foulmouthed comedy and having a rowdy good time. Director Will Averill says much of the show, true to its name, will touch on the state of the economy, though the troupe also plans other topical and region-specific humor. Audience participation is highly encouraged, and Averill promises a built-in drinking game. Tickets cost $10 to $20 for this 21-and-older event. Doors open at 9 p.m., and the show starts at 10.— Sean Rosner