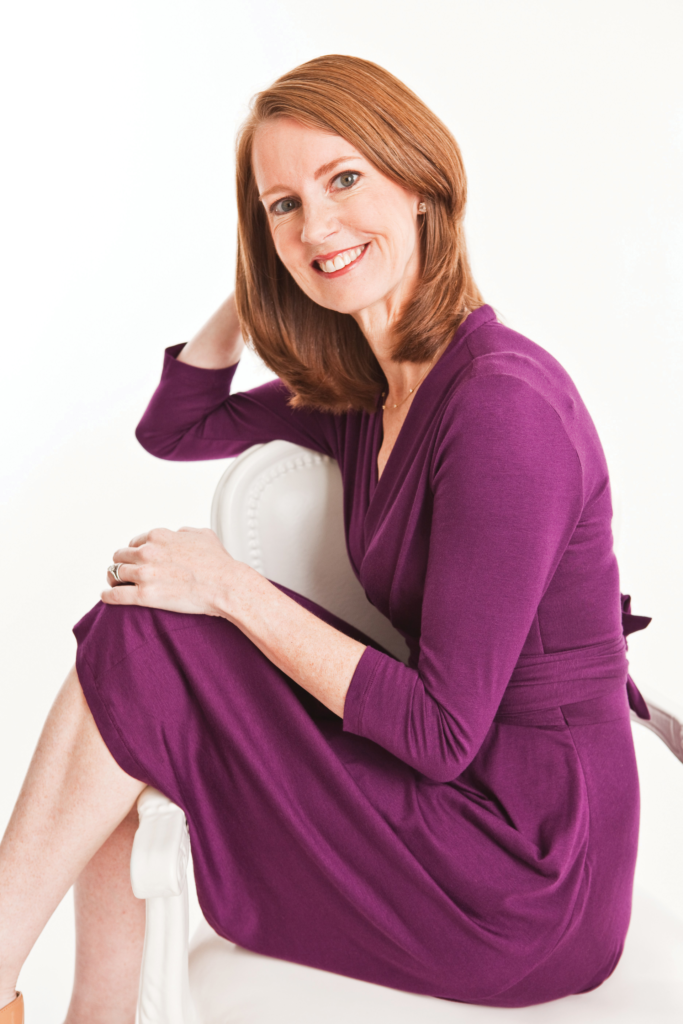 Gretchen Rubin’s extremely fantastic-seeming life began in Kansas City. She grew up on Stratford Road, which runs just west of Ward Parkway parallel to 59th Street, and graduated from Sunset Hill (now Pembroke Hill) in the early 1980s. Rubin went on to become the editor of the Yale Law Journal and clerk for Supreme Court Justice Sandra Day O’Connor — until one day she decided she wanted to become a writer and said goodbye to all that.

Rubin broke through to the mainstream with the publication, in 2009, of The Happiness Project, in which she chronicles a year spent probing classical philosophy, modern ideas, and scientific research for ideas about what makes us happy. She’s gone on to host a very popular podcast (Happier with Gretchen Rubin) and write several more books, including Outer Order, Inner Calm, which was released in March and contains several helpful organizational nuggets, including “Everything looks better arranged on a tray” and “Put up hooks for clothes in-between clothes that you’re worn but aren’t ready to go in the laundry.”

Rubin will be the keynote speaker at “Books and Boutiques,” a benefit for St. Luke’s South, on Friday, April 12. (The event is at the Overland Park Convention Center; see rainydaybooks.com for more info.) We spoke in mid-March.

The Pitch: How often do you make it back to KC? Rubin: I come back two to four times a year, I’d say. My parents are still there. They live just off the Plaza. I gotta come back and get my Winstead’s.

I’m curious about how you describe yourself, particularly now that you have this popular podcast. You write books, you have a podcast, you do talks. Are you a self-improvement guru, a public personality, an author? What are you? I usually just say “writer and podcaster.” I think what links everything together is my interest in human nature. Even the book I wrote about Churchill [Forty Ways to Look at Churchill, 2004] is about human nature. The fact that he’s such giant character makes him an interesting study in human nature — everything about him is so huge that it’s easier to see.

How big has the podcast been to your career? It has dramatically increased my audience. Some people don’t read very much, or maybe they do read, but it’s just easier to reach them while they’re walking their dog or exercising. So it’s very exciting to find new people that way. Now, at many of my book events, people seem to know me through the podcast, which is definitely not how it used to be. And it’s weird, because they see me as a podcaster, whereas I feel like I am a writer — that’s the core thing I do. But clearly these days, many people I come across found me through the podcast and then the books, instead of vice versa.

Do you think your quest to become happier has actually made you happier? Oh, absolutely. Just thinking through the implications of your decisions can make you so much happier. For example, I’ll think: Should I come back to Kansas City for this high school reunion? And the answer is “Yes, I should,” because I’ve done the research and I know that relationships are a huge key to happiness, and to reconnect with people from my past will likely make me happier. Whereas I think at an earlier point in my life, I would have thought it was too inconvenient, or that I shouldn’t bother.

One of your suggestions for decluttering in Outer Order, Inner Calm that I thought was interesting was taking a picture of a space in your house to see it from another perspective, which might help you figure out how to improve that space. Why do you suppose that’s helpful? That’s something they do with hoarders sometimes. It’s a way to pull things out of context. I think it’s also helpful to take ourselves out of context — to detach your identity a bit. You can pretend to be a real estate broker trying to stage a certain part of the house, or a party organizer, or whatever. Anything that forces you to look at a space with a different set of eyes will get you the distance you need to help you see the ways in which you’ve become inured to disorder.

I’m trying to get out of this interview without mentioning Marie Kondo— Oh, no, I love Marie Kondo.

Well, I think some people associate her and her success with a growing interest in minimalism. And I was wondering if you see your new book as having minimalist type of ideas, or adjacent to minimalism, or what? I don’t, actually. I think minimalism works for some people and not others. Some people want collection and choice. Not everybody wants total simplicity. But the definition of minimalism is different to different people, so it can sometime be hard to really talk about.

You’ve spent more than a decade now research happiness. What’s the secret? Tell us. Or, at least, tell us the stock answer you give people at parties when they ask you this. There are, I guess, two ways to answer that. One is: relationships. That’s the core of it. Ancient philosophers and contemporary scientists agree that enduring bonds, and having somebody with whom you can confide important secrets, and having people to give support to, and receive support from — in other words, enduring relationships — is a major key to happiness.

The other way is self-knowledge. We can build happiness through knowing our own nature, our own temperament. That sounds easy, but it’s actually the great task of our lives to understand ourselves. And again, this isn’t new. “Know thyself” is written on the temple at Delphi.