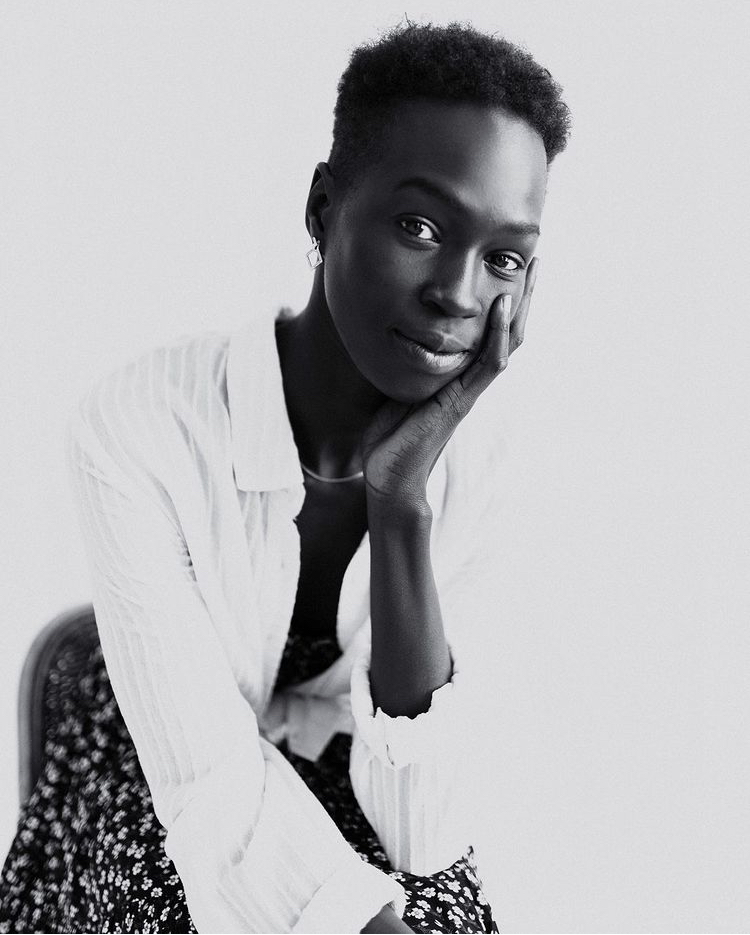 One of my favorite things about Kansas City is that it is filled with talented people: artists, writers, photographers, models, and so on. Everyone has their own thing, and it seems like they all excel in what they do. For example, there are tons of well-known photographers using the hashtag #thekccreatives on Instagram. It’s a cool community that exists in KC, where creatives know each other and work together often, sharing the space. But I know that isn’t always the case, especially for people who aren’t cis-gendered and white.

Hanno Riak is a KC model who has worked with both local businesses, such as The Bardot and Kindred Shops, and international ones including her newest campaign with Morphe. While Riak continues to grow more successful, it hasn’t always been easy for her. From dealing with uneducated retouchers to what she is most proud of, Riak shares her honest experience within the modeling industry as a Black model in The Pitch Questionnaire. 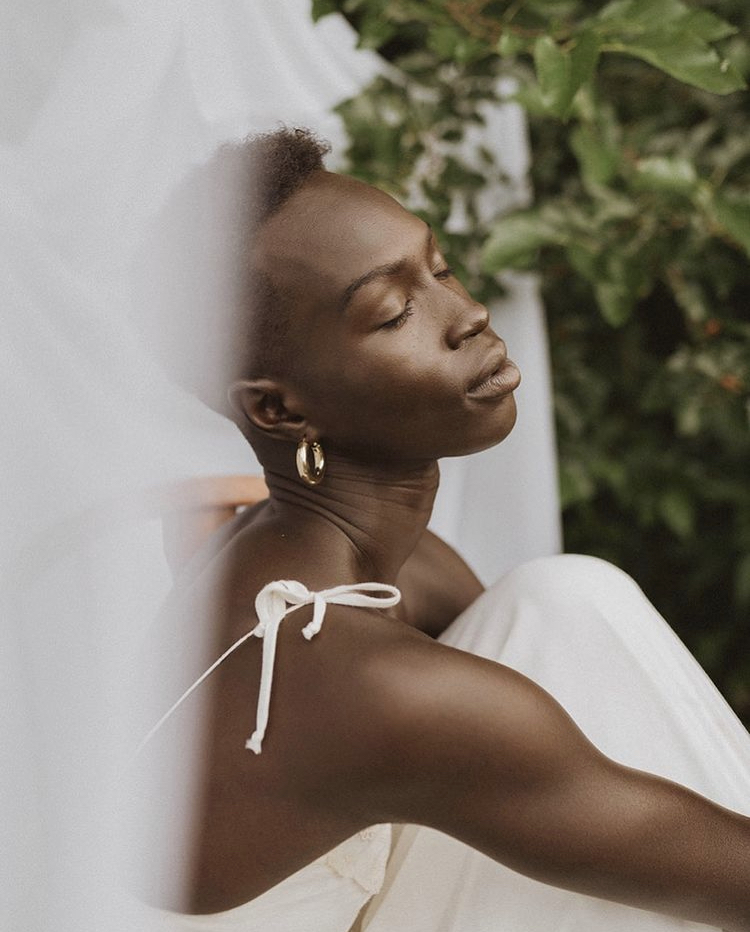 What is the last thing you laughed at? When I dropped a bucket full of ranch. It ended up everywhere, and I had to work through a shift smelling like hot Mayo.

What’s your hidden talent? My biggest secret would be my strength. I’m stronger than what people assume. For instance, my boyfriend and I are our own moving team. I once helped him lift a 300lbs treadmill into the house.

What would you tell your younger self? I would tell my young self to trust herself more. The world is a crazy place to be in, but enjoy the moment and the people you have now. Don’t become your own opponent. Meaning, don’t let fear of failure get in the way of anything you set your mind to.

I am currently binge-watching… I don’t have much time to sit and watch, but I am watching three series at once. For Life, Black-ish/Grown-ish, and Power.

Your drink: A PBR’s with a straw, and water. I don’t usually crave much else. 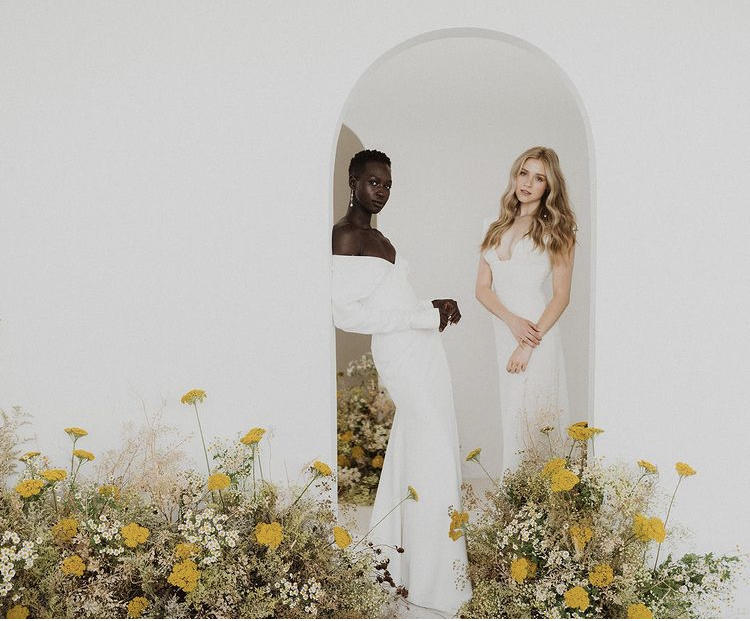 How and when did you first get involved in modeling? I first got involved with modeling when my little sister Akota randomly called me during KC Fashion Week and told me her friend needed another model. So I agreed, and it honestly opened my eyes to a whole new world.

What inspired you to become a model? I’ve always loved photography and art but I never in a million years imagined being behind the camera. I grew up a very reserved turtle; I was athletic but not very outspoken. I cried at everything—even the slightest comment about me. It’s not until Akota started posting photos and I admired her so much, I just didn’t have the confidence to do it nor did I think I was even unique enough. Then I met my boyfriend, Orin. He has opened my eyes to a world of fitness and self love. He gave me the space and opportunity to nurture my growth and has supported me in everything. While on that journey of realizing, I met Shea Swinford; she noticed my crazy poses while I was taking photos of my friends. Later she took some digitals of me and introduced me to VoicesAnd, where I started my modeling career. Now I look in the mirror with confidence and grace. I know myself and what I stand for, and nothing is getting in my way.

The modeling industry can be really challenging for Black, Indigenous, and people of color, with only 40 percent of industry models being BIPOC. What are some challenges that you’ve faced in this industry because of your race? People of color face so many challenges in the industry. For instance, there aren’t enough makeup artists and hairstylists that are people of color. Eight out of tien times I’ve attended shoots where it starts with someone whispering “I’ve never done anyone’s hair/makeup like yours, so bear with me.” That’s not a very good start to my day. Automatically I know I’m not gonna feel as confident as everyone else because they have a variety of beautiful makeup and hairstyles, I get the bare minimum. That’s not really fair, but we see it so often. Just because I have dark skin does not mean you have to automatically throw on a bold lip and call it a show. There are times where I don’t get a job because I have natural coils and a taper. They say the world isn’t ready for “a boyish look.”

On the other hand, that’s my natural hair. I can’t grow it any faster or change my curl pattern. Then when I decide to embrace my culture and get braids, I’m required to take them out before a shoot. Why? I should have the right to wear any hairstyle I want without judgment. I don’t understand why I’m being docked for expressing my culture when you can find someone that can actually pull it off.

Lastly, it’s the agency not allowing more than one to two people of color in their agency. One time I went to a casting and one of the men told me he has someone in my agency that’s from the same country as me. Then proceeded to say, “I don’t know if we have room for another.” We’d be competing against each other. What? I don’t understand. You have more than one of everyone else; not all People of color look alike nor do we all have the same talent. We should be judged for our work, not for how many people of color you have on your roster.

After Annie Leibovitz’s disappointing photos of Simone Biles for Vogue back in July, many of us outside of the photography industry have come to realize how uneducated many photographers are on lighting and retouching Black skin. As a model, have you experienced similar issues? I’ve experienced that a few times. I feel like photographers should get out of their comfort zones and actually shoot with People of color. That way you can learn to edit all complexions. It makes me very sad when photographers [are] only shooting with a certain shade range. Then when they finally shoot someone with a deeper complexion, it’s like they don’t care to look at the details anymore. They tend to just darken the filter and call it a day. To you, that might be a beautiful photo, but in reality, I can’t use that in my portfolio. It’s not a good photo.

What advice do you have for other BIPOC models looking to break into the industry? The advice I have for People of color breaking into the industry would be to keep going! Don’t ever let the industry try to change you into someone you’re not, and don’t ever let a job get in the way or talk you out of your dreams. The “no’s” are a chance to have them double back when they see you later.

What would you consider to be your greatest success (so far) as a model? My greatest success would be quitting my job to pursue my dreams. Soon after I got booked for my first shoot in San Francisco with Morphe.

What do you wish people knew about you and your career? At the moment, I haven’t been able to invest much time into modeling. I’ve been part-time since 2018. It’s not until I caught Covid and ended, [when] I decided to finally pursue my dreams. Every day is a step closer to where I want to be. My anxiety has been getting the best of me lately, but I refuse to stop. Thank you for all your support and for always believing in me. I’ve met the most extraordinary people that have changed my life!