Hannibal Buress’ moment is about more than just the Cosby thing 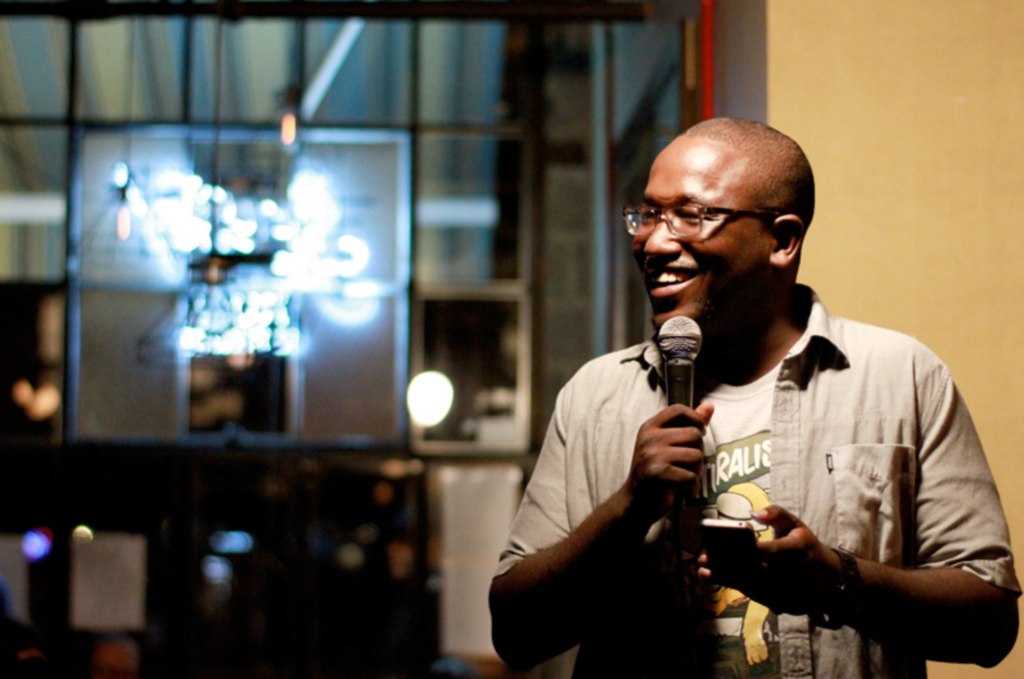 Fifteen minutes on the phone with Hannibal Buress feels like catching up with your most ridiculous college friend. The 31-year-old comic and co-star of Comedy Central’s Broad City doesn’t deliver zingers or punch lines — he’s just an unusually amusing conversationalist. And lately, he has been in the middle of a significant cultural conversation. It was partly Buress’ onstage labeling of Bill Cosby as a rapist that propelled charges against the comedy legend back into the news cycle.

Buress’ publicists made this interview with him contingent on my not asking him about the Cosby thing when I called him at his hotel in New Orleans. That freed us up to cover such innocuous topics as baseball and human fertility. At no time during our talk could I be 100-percent sure whether Buress was being a little serious after all.

The Pitch: How does your material vary from night to night on this tour? Do you have specific talking points you plan to address in Kansas City?

Buress: I’ve got prepared material, and I write material as I go along. I’ll talk about how the Royals lost and how it looked like they would win and how heartbreaking that was for the city, and how, when I watched Game 7 of the World Series, I wished that — you know, when the Royals lost at home, they didn’t do enough reaction shots of sad Royals fans. That’s a big part of sports, when they show who’s upset, and they didn’t really show that on the game. Nothing against the Royals. I just wanted to see sad fans. If the game was in San Francisco, I would have wanted the Royals to win. I have no allegiance to San Francisco or Kansas City. It’s just situational.

You just signed on for a role in Daddy’s Home, with Will Ferrell and Mark Wahlberg. You’re playing a handyman who’s concerned that Ferrell’s character is a racist. What attracted you to that role?

I think somebody else couldn’t do it, and that’s how I got it. [Laughs.] I’m pretty sure that’s what happened.

I doubt that. I saw that you went to Cracker Barrel in Georgia. You did a pretty funny restaurant review for Twitter. Can we expect more of that? Are you looking for some KC barbecue to critique?

I would love to review a barbecue place. The thing is, the reviews I did, I was on a tour bus. I was with an opening act and a tour manager and my DJ, and it was easier to travel on a bus like that. But if I’m flying into Kansas City and I’ve got to get my guy to come so I can review some goddamn barbecue, that’s work, you know? I’m kind of a frugal dude, so I don’t want to pay, like, $400 for a flight for my video guy and whatever just to get there so I can comment on some ribs for YouTube. But that could be a new foray for me, just getting into restaurant reviews. I have a very unsophisticated palate, though.

What can you tell me about Season 2 of Broad City? Does the woman you’re in love with, Ilana, finally come around?

Me and Ilana in Season 2 — there’s a subtext there. You have to catch it. You have to watch. There’s an underlying energy that we’re carrying, but it’s not stated or that obvious. Ilana gets pregnant with twins! That’s your headline.

[Laughs.] Twins. So, if you had triplets, would you keep all three or would you give one away?

What? I guess I would probably give all three away.

How do you know?

Well, I mean, you can’t break up the band. You keep them all or you give them all away.

No. I think triplets are too many. I think two babies is OK. If I had triplets, I would give one away.

OK. What do your real-life romantic relationships have in common with your onscreen relationship with Ilana? Are you the sweet, lova-ble character you play or are you, like, a player?

There’s no middle ground with you, huh? I have a lady in my life. We call each other exes, but we talk pretty much every day. I think it’s gonna fix itself. I’m just a man out here trying to work in show business, and I’m just trying to make enough money to get out of the business. It’s like a drug to me. I want to make a lot of money and then get out before it gets too crazy.

You seem to be doing well. You’ve gone from writing for comedy shows to starring in comedy shows. What are some of the perks?

Concert tickets? I don’t know. One cool thing is being able to work with people and meet people I’ve been a fan of for a while. One minute I’m touring, then I’m on a movie set in New Orleans, doing a scene with Will Ferrell and Mark Wahlberg. That’s pretty fucking weird. Things like that happen, and I’m grateful and I appreciate that.

And then I come to New Orleans a lot, for work, but also sometimes just to kick it, just to experience those different aspects of life — visiting New Orleans on vacation is different than being here performing and working. So just being able to experience life in different ways, being able to do what I love to do, I’m grateful for that. I’ll keep doing it until somebody finds out about all my skeletons. [Laughs.]

Hannibal Buress is at the Folly Theater on Thursday, December 18. Details here.