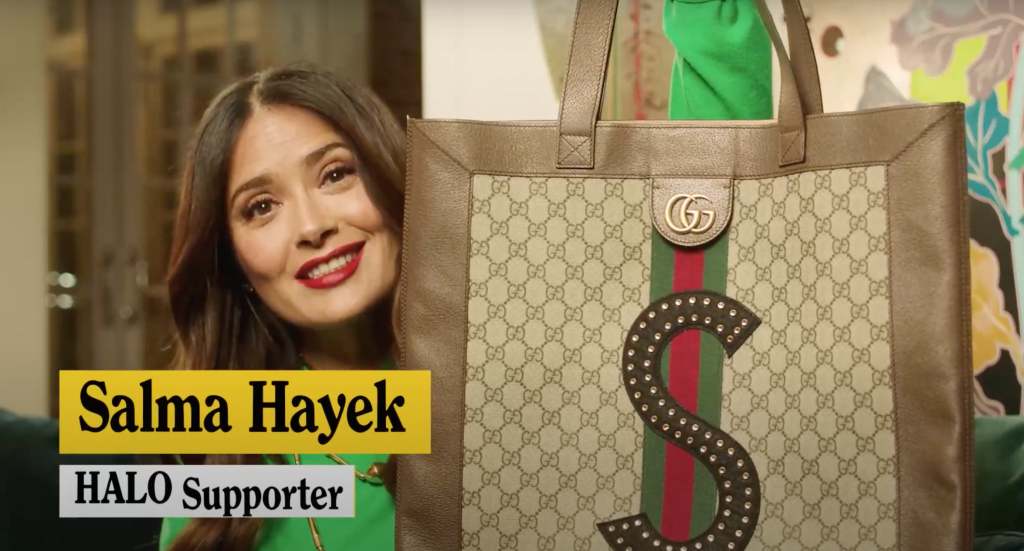 A sanctuary for personal and creative expression can be healing for at-risk children. The HALO Foundation was established by Rebecca Welsh in 2005 with an objective to aid youth experiencing houselessness.

HALO will virtually conduct its 17th annual Art Auction on February 25 in effort to support thousands of houseless children around the world. Special guest appearances are expected by Oprah Winfrey, Salma Hayek, Bryce Dallas Howard and many others who pledge to donate their personal belongings and exclusive items to be auctioned.

“Our work has become even more critical with so many kids who were living on the brink of homelessness who are now in dire need of support,” says CEO Rebecca Welsh. “HALO is fueled by volunteers, and this year we are so proud to announce that Oprah will join us again along with other actors, artists, and musicians all lending their voices to help. Any donation can make a difference, big or small.”

“HALO loves kids into a new way of life,” says Oprah Winfrey, who appeared at the 2021 HALO Art Auction.

HALO’s short film documentary, HALO Stories: Ziere­, will also premier live on Friday and is sure to tug at the heartstrings of bidders and viewers. The pre-show will begin at 6:30 p.m. CST with the official program airing from 7 p.m. to 8:30 p.m.

Ziere’s inspirational story of becoming a “walking miracle” began when his mother received news of his heart defect at the time of his birth, and he was expected to live for only a few days. At age 19, Ziere now plays for HALO’s AAU basketball team, Halo Heat, and has the opportunities to reach his full potential.

While showcasing stories that defy the odds, Welsh and her dedicated team buckled down to assist children as they witnessed the increase of houseless youths in the global pandemic. With the rise of volunteers, their goal was to reach more kids than the previous year.

HALO’s local learning center and housing program have given children an evolution to excel beyond measures. HALO alumni Marjai Neals’ poem “My Dream Home” sold for $11,000 during the live auction, demanding the attention of viewers—including Oprah.

“HALO worked behind the scenes in my artistic evolution. They invited me to open mics and talent shows to showcase my poetry,” says Marjai Neals. “They believed in my gift and fueled my passions before I took it seriously. HALO is family to me. They knew me when I was 9-years-old. I’m 21 now, and we are still in contact. I feel like that goes to show how they have impacted my life.”

The live and silent auction will be featured on The CBS Evening News with special musical performances from Sledge ft. Sledgendary (Grammy-nominated, “We Are Family”), Blessing Offor, and Tigirlily. You can register to bid and participate in the HALO Art Auction here.

Interested viewers can join a watch party or host their own for family and friends.