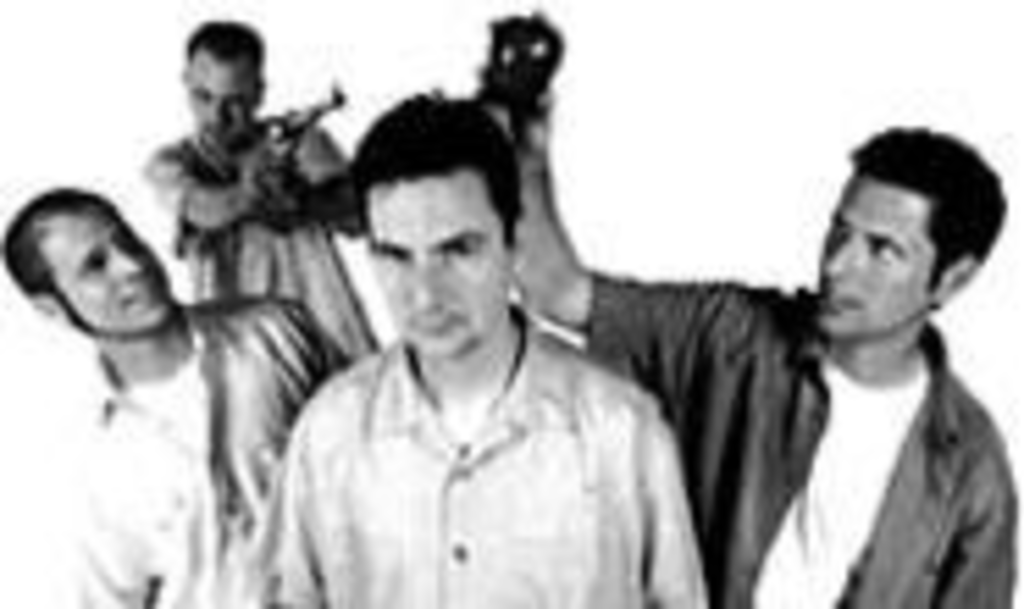 Somewhere, there’s a traditional country song just waiting to emerge from the mess that Hadacol has waded through in the past three years. Its first record, 1999’s Better Than This, debuted to critical praise, but then the band was forced to search for a new drummer. After bassist Richard Burgess and guitarists, songwriters and brothers Fred and Greg Wickham recruited Brian Baker to fill Scott McCuiston’s old seat, the group headed back into The Studio in Springfield, Missouri, to record All in Your Head with Better producer Lou Whitney once again behind the board. However, it took about nine months after its conception before that album saw the light of day on Slewfoot Records, thanks to some muckety-muck with the group’s previous label, Checkered Past.

“We’ve really been laying fairly low,” says Greg Wickham, sitting with the rest of the band at the Grand Emporium hours before Hadacol is scheduled to play a Toys for Tots benefit. “Since the record’s been done, we’ve been waiting until it came out to make the big push and make a grand re-entrance. We played some gigs here and there to stay sharp, but without a record to push, we’ve been working on some new songs. So hopefully it won’t be another three years before another new one.”

Which is good, because those who have tasted Hadacol’s country-flavored rock would almost certainly agree that it’s just as addictive as the heavy-on-the-alcohol cure-all from which the band takes its name. (Hadacol, the elixir, sponsored Hank Williams’ radio show in the late ’40s.) Often described as an Americana or alt-country band, Hadacol rocks harder than most of its neighbors in those parts, especially in concert, where it forgoes the frills (such as Greg’s piano and organ parts) that make All in Your Head such a big-sounding record. Though the group stays true to its rural roots, its members feel its down-home country connections might be slightly overplayed.

“Somebody wrote a long piece about us talking about our farm experiences, which is true. We grew up on a farm, but I haven’t lived on a farm in a long time,” Fred says.

“It’s not the farming background as much as just the small-town background,” Greg adds.

Although the brothers have similar formative experiences upon which to draw, they take different approaches to crafting songs. “Whatever issues I’m confronting, I write about a year or two after the fact,” Greg says. “Once I distance myself from what I’m going through emotionally, there seems to be a string of songs that trails.”

“Mine have nothing to do with what I’m doing,” Fred counters. “They’re pure fiction.”

It’s good that Fred claims to be making it all up, because his choice of characters veers toward the unsavory. “If you really listen to ‘All in Your Head,’ that’s a pretty fucked-up guy, and I hope that that’s not me,” he says. “And on ‘Better Than This’ from the first record, I remember Lou saying, ‘I don’t know if you really want to put that song on here. People are going to think you’re a real asshole.’ Well, I’m not writing from my perspective necessarily.” After a pause, he reveals, “Usually, most of my songs are about Rich.”

Though they skewer each other with playful insults, the Wickham brothers and Burgess, who have played together since 1996 (then under the name Big Iron), have nothing but good things to say about Baker. “We have a better connection [in the studio],” Burgess says. “We go in and pretty much play songs almost live.”

That means Hadacol had some downtime to spend with Whitney, for whom Burgess has another stream of niceties. “He’s just the snake’s hip, the zebra’s stripes, the cat’s meow; he’s all that,” Burgess gushes. “He’s one of the coolest guys I’ve ever met — supersmart, witty, funny and obviously a musical god.”

“One night we were mixing stuff real late, and we went to a bar, and some skinheads came out that we had to pass,” Fred recalls. “They’re pissed — I think they got kicked out or something — and they’re just cussing, you know, ‘Fuck this, fuck that.’ Well, Lou walks by them saying ‘fuck, fuck, fuck,’ mocking them, and they start yelling at him. He just turns around and walks right back up to them, a bald guy in his mid-fifties. One of the skinheads called him an old bastard. He looked right at him and said, ‘Did you call me an old bastard?’ The kid says, ‘Yeah,’ kinda scared. So he says, ‘Well, I am an old bastard,’ sticks his hand out, shakes his hand, turns around and walks off.”

“Who was that crazy cracker?” riddles Burgess, echoing what must have been going through the kid’s mind.

Hadacol is looking forward to hanging out with Whitney again this year, and not just for the purpose of collecting more amusing anecdotes. If all goes well, the group will complete its third album before 2002 ends. Also, Hadacol has an overseas trip scheduled for July. The band is hoping to play around here much more, because as of yet, Hadacol has never really had a steady series of gigs in these parts.

“We were gone all the time last time and hardly ever played in Missouri,” Fred says. “We’d drive to Chicago, play a show, get in our car, and drive back home. That’s just dumb. Nobody does that.”

“We didn’t even really consider those things in the past until we realized we probably needed to take a more active role in this,” Burgess explains. “We thought, we’re all about playing music; we don’t want to go out and do all the other work that’s required to have success. We figured, hell, we’ll just go play our music and if people like it, they’ll come, and if they don’t, then they won’t. But there’s more to it, we realized. You have to hustle a little bit outside of just playing the music.”