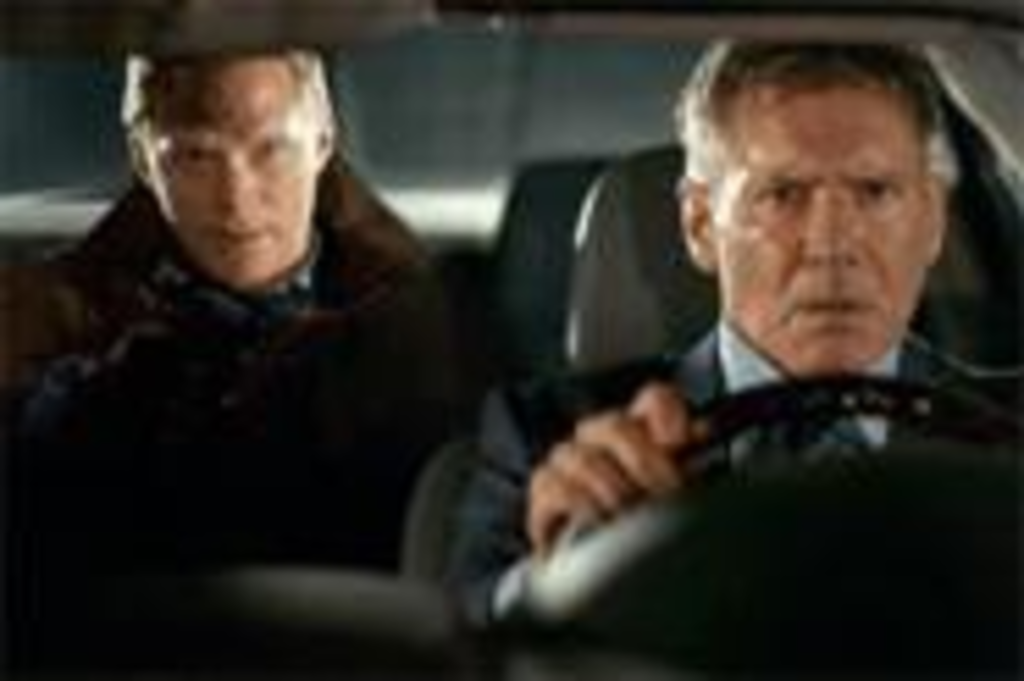 It is often written of Harrison Ford that he’s the most profitable movie star in history, to the tune of some $3.8 billion in box-office receipts worldwide. Of course, once one subtracts from that total the first three Star Wars movies, the Indiana Jones trilogy and two outings as C.I.A. agent Jack Ryan, that number diminishes significantly — and so does the quality of the filmmaking. There are the occasional detours into interesting territory — his movies with Peter Weir, say — but the franchise player seems more content to retrace footsteps laid down on the road well traveled. For every Mosquito Coast or Blade Runner, there are too many Random Hearts or Six Days Seven Nights — ill-conceived and poorly executed concepts that strand him with nothing to do except stare at the camera like an intruder.

So estimable is Ford’s star power that it’s almost painful to see him wasted in shabby parts in meaningless movies; Han Solo deserves better. It’s astounding to find so many ordinary movies on his résumé, because we take it for granted that he’s better than that. To see him meander through a movie like Firewall, yet another vacant film in which he plays a regular guy in a tie who must maim and kill in order to save his family, is to watch a movie star act too ordinary. We don’t buy it because he doesn’t seem to.

Ford plays a bank security expert named Jack Stanfield who must empty his employer’s vaults of some $100 million, lest bad guy Cox (Paul Bettany) kill Jack’s wife (Virginia Madsen) and two children. Cox’s plan is strictly hack work: He wants Jack to tap into the computers, find the accounts of the richest clients and steal from them $10,000 each — amounts they will never even miss, so large are their bottom lines. It’s reminiscent of the dastardly plot hatched by Richard Pryor in Superman III, later mocked in Office Space. One pities the movie that takes seriously a plot point already rendered a punch line.

Ford is not the only one wasted here. Bettany, all straight-faced sneers and it’s-just-business snarls, and Madsen, who set her poor career Sideways after too many parts like this, will forget all about this movie once they chat it up during their requisite Tonight Show appearances. Robert Forster and Alan Arkin, cagey vets lending their credibility to a film in need of more than their combined forces can offer, probably have forgotten it already. Even director Richard Loncraine can do better but hasn’t lately. Since making the creepy Richard III with Ian McKellen in 1995, he has turned out mediocrities such as 2004’s Wimbledon with Bettany, who clearly learned nothing from that experience.

The participants deserve no grudge for Firewall‘s existence; perhaps on paper it read like something gripping, this thriller about breaching servers and downloading code onto iPods and other things involving Harrison Ford mumbling techno gobbledygook. It ought to play well to 12-year-old nerds; it certainly sounds like one wrote it. But its execution is stultifying, laughable and a little offensive — especially the scene in which Bettany tries to kill Ford’s kid with a cookie made with peanuts. Nothing screams lazy screenplay like the attempted murder of a child to garner our sympathies, which Firewall doesn’t deserve.