Gypsy is sublime, and The 39 Steps is slapstick-silly 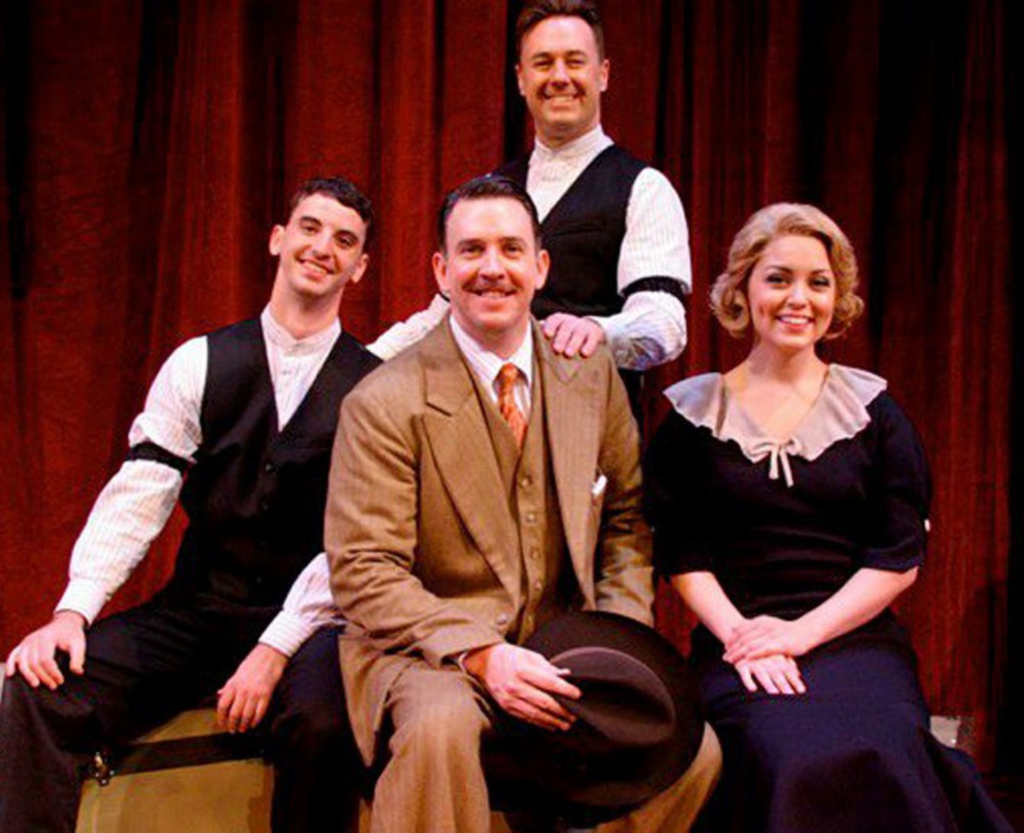 Gypsy isn’t just any bigger-than-life story. It’s a showbiz story. And that has endeared it to generations of theatergoers. For many, Gypsy is the greatest and most beloved of all American musicals. The powerhouse team of Stephen Sondheim, Jule Styne and Arthur Laurents (who died earlier this month) created a musical so immediately powerful and iconic that it has sunk into our culture like an ur-story. And the music is the soundtrack of the American dream: “Some People,” “Together Wherever We Go,” “Everything’s Coming Up Roses.”

It’s hard to make something so familiar feel fresh, but Musical Theater Heritage succeeds with its concert staging and terrific cast. When concert staging works, it strips away the distractions of prop changes and blocking, and sets us directly in the central nervous system of story and music.

With this Gypsy, I can’t say I was completely transported until the end of the first act, but I was always entertained and often charmed. The band’s blaring brass, under the energetic leadership of pianist Jeremy Watson, gives the show an appropriately rambunctious, cacophonous start, and the large cast follows suit, with a rousing, whooping entrance. The hardworking showgirls and showboys add plenty of fizz to the vaudeville numbers starring Dainty June (played by Molly Denninghoff).

There are times when it’s difficult to separate role from performance, and so it is with Momma Rose and Deb
Bluford. Bluford attacks the role the way Rose attacked life: head down, engines full speed ahead, lobbing grenades two-handed. Rose is not a woman given to introspection, and Bluford’s performance isn’t, either. Throwing gobs of charm in every direction and deploying her dimples as weapons, Bluford makes her songs Ethel Merman-style declarations, not psychological explorations.

I may be asking more of the role than it can give, but I kept looking for a little more complexity. Momma is a monster, yes, but Bluford’s Momma is a particularly deluded one, with little hint of self-awareness. What gives her dimension are the darker shadings of Kip Niven as a very affecting Herbie and Vanessa Severo as the neglected, untalented daughter Louise, who turns herself into Gypsy Rose Lee, the greatest burlesque performer of her time. Severo is stellar, giving us a hundred hues of longing, doubt and joy. Together, Severo and Niven pull steadily on the psychological tug lines that help haul the barge of Bluford’s broader, larger performance into more human waters.

The ecstatic looks on Herbie’s and Louise’s faces as they confront the prospect of a normal family life — a house, a job, school — provide the evening’s most moving moment. Then Rose begins belting “Everything’s Coming Up Roses,” and they know that such a life will never be theirs. Some people can be content playing bingo and paying rent. But not Rose. And not us theater lovers, either. That’s why we need Gypsy.

American Heartland’s Alfred Hitchcock’s The 39 Steps is no straightforward staging of the 1935 thriller. Though scrupulously true to
the movie’s plot, the play is a farce that spoofs the whole of Hitchcock’s filmography as well as his signature directorial touches, such as his dry sense of the ridiculous and his cameo appearances.

The 39 Steps is a variation of Hitchcock’s beloved wrong-man trope, but in this case, it’s a mystery wrapped in slapstick.
Humor is delivered in every form, from verbal witticisms and double-entendres to visual puns and a seemingly endless stock of hilariously creative stagecraft. Familiarity with Hitchcock or the movie isn’t required, but it does pay to be a Hitchcock fan, the better to enjoy references to Vertigo, Rear Window, North by Northwest, The Birds and Dial M for Murder (and probably more that I didn’t catch).

The industrious cast of four is great, with Emily Peterson sharply droll and confident as all but one of the female characters. John Wilson is comically bemused as the antihero, Richard Hannay, but it’s Jerry Jay Cranford and Doogin Brown who get to go wild in dozens of minor roles, each more ludicrous than the next.

At the play’s beginning, Hannay announces himself to be tired of life, politics and war. He wants “something mindless and trivial, something utterly pointless.” Beat. “I know! I’ll go to the theater!” Who doesn’t need a night of utterly pointless entertainment, profound silli­ness and shameless fun? This show delivers.