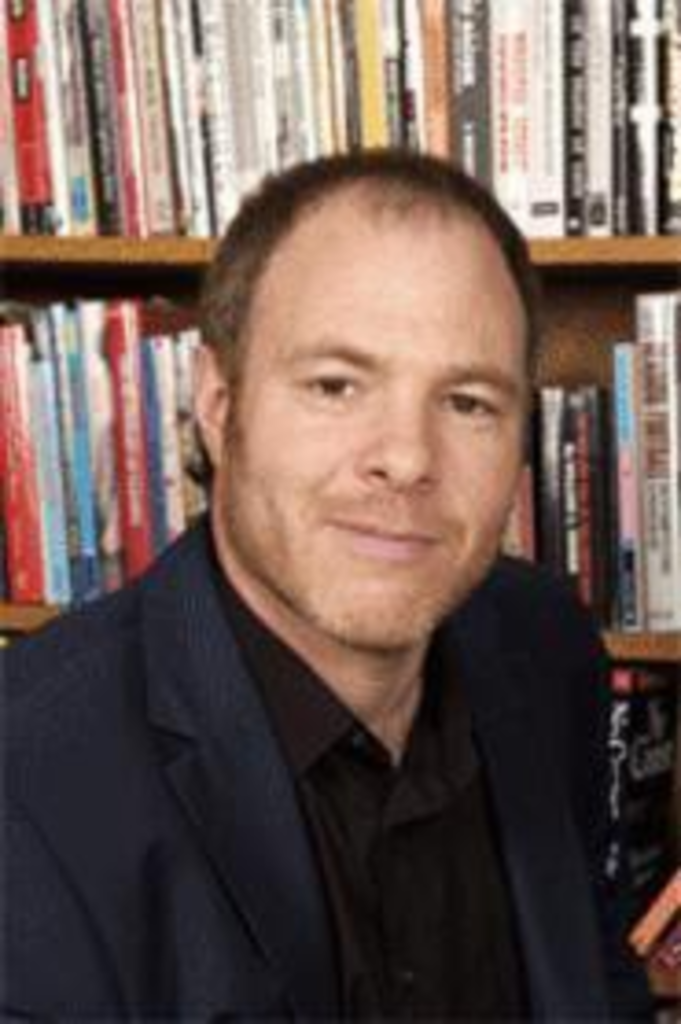 THU 11/3
Jackson Katz was an all-state high school football player, and he’s still an imposing figure. But though posters for his Thursday-night presentation at the University of Missouri-Kansas City’s University Center (50th Street and Rockhill Road) depict bulging biceps reminiscent of a steroids-studded slugger, Katz isn’t interested in making men more stereotypically manly. In works such as his film Tough Guise, Katz deconstructs media representations of masculinity and calls for men to take larger roles in ending domestic abuse and sexual assault. He uses sports talk, calling his Mentors in Violence Prevention program “MVP” and implementing it with “playbooks” and “trainer’s guides.” Katz worked in the Boston-based anti-sexist organization Real Men, whose leaflet-distribution efforts at Andrew “Dice” Clay concerts might have contributed to that performer’s merciful disappearance. Katz now directs the gender-violence-prevention program for the Marine Corps and conducts sensitivity training for the New England Patriots, who have apparently funneled any misplaced hostility into winning Super Bowls. Katz speaks at 7 p.m., and profoundly nonthreatening Kansas City Star sports columnist Joe Posnanski moderates a panel discussion with area high school and college students at 8 p.m. Tickets are free, but reservations are required. Call 816-235-6222 for more information. — Andrew Miller

All Threats Are Off
Kerri Fivecoat-Campbell honors her brother — and veterans.

SAT 11/5
Yellow-ribbon magnets might remind drivers to “support the troops,” but Kerri Fivecoat-Campbell wonders about the support troops get once they’re home. Her first book, No Immediate Threat: The Story of an American Veteran, is about her brother, a Vietnam veteran who committed suicide.

Fivecoat-Campbell, a former crime reporter for The Kansas City Kansan, worries about soldiers coming home today. “What Vietnam vets experienced with things like post-traumatic stress disorder is being repeated with those returning from Iraq,” she says. “I wanted to understand what went wrong in my brother’s life and help others understand that our VA system is overburdened in dealing with all kinds of issues.”

Drag Doc
We know who wears the pants in this film.

SAT 11/5
Director Sonia Slutsky should’ve adapted The Real World‘s catchphrase for Drag Kings on Tour: “This is the true story of six drag kings, picked to live in an RV and have their lives taped.” We bet the drama in her cross-dresser documentary might be more authentic. The filmmaker followed the performers — six women who adopt male personas — on their three-week, 16-stop “Kingdom Come” camper tour, combining individual interviews with footage from the shows and family interactions. Catch a screening at 9 p.m. Saturday at Screenland Theater (1656 Washington, 816-235-1708), where Slutsky, Canadian drag star Carlos Las Vegas and local kings lead a post-viewing performance and discussion. Admission is $7. — Annie Fischer

The ACLU raps it up,

THU 11/3
With its barroom ACLU 2uesdays, the American Civil Liberties Union recently earned our nod as the “Best Place to Find Intelligent Women.” Now the group sponsors “Let’s Rap About Free Speech” at the Red Vine (1700 East 18th Street), a mixer and forum with a focus on artists’ rights and hip-hop. Drink specials and door prizes start at 7 p.m. Thursday. Call 816-616-6924. — Rebecca Braverman