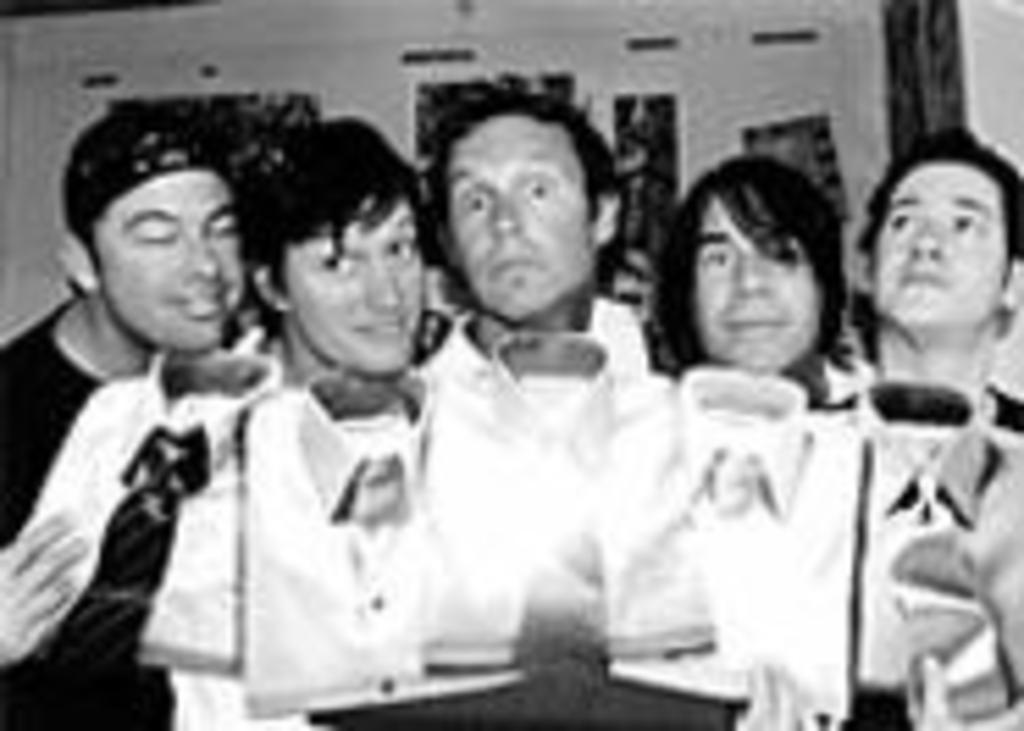 About a decade ago, Guttermouth gigged with Earth Crisis at a VFW Hall in Kansas City. For these provocative punks, the crowd packed with vegans and militant straight-edgers couldn’t have been more perfect. Singer Mark Adkins took the stage drinking and smoking, surveyed scores of angry glares and deadpanned, “Why the long faces?” At that point, it was already a classic contrarian concert; the fact that the group went on to insult almost every imaginable belief system someone could conceivably hold dear simply tossed more Molotov cocktails into an already raging bonfire. Almost as impressive was the group’s regional Warped Tour stop, during which it spent much of its set skewering spectators with caustic critiques. Recently, Guttermouth has finally found a way to outrage its up-for-anything fanbase, releasing albums that dabble with pure pop instead of old-school trash-and-thrash. In concert, the group still focuses on the outlandishly offensive high-speed romps from its early years, which, along with the chance to hear the most bilious banter this side of a heckled Ryan Adams, justifies a two-hour commute.