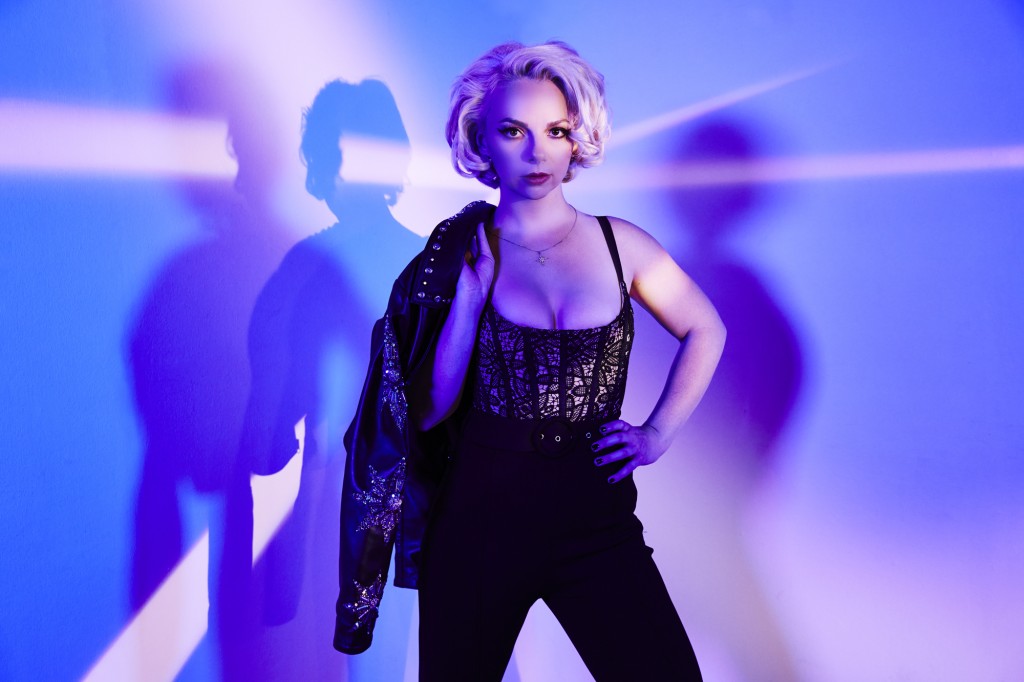 When I hop on the phone to speak with Kansas City blues guitarist and singer Samantha Fish, she is dealing with a crisis. She and her band are supposed to be in Portland for a show the next day but Southwest just canceled their flight and Fish is doing a mad scramble to figure out how the hell they’re going to make it there. That said, she’s happy to take a break to discuss the pre-pandemic release of her Kill or Be Kind album, the impending release of her next album, Faster, in September, and the nature of returning to the road.

The Pitch: You live in New Orleans now, but you make it back to Kansas City on the regular. Beside family connections and all of that, what’s the appeal of playing Kansas City as often as you do?

Samantha Fish: Kansas City is arguably my biggest market in a lot of ways. I grew up in Kansas City. I played Kansas City five, six nights a week when I was honing my chops, starting out, and getting the band together. I played more gigs in Kansas City than probably anywhere. We really come back once or twice a year—maybe three times a year sometimes—but it just feels good. You know what I mean? The people are incredible. I mean, I just honestly think that the people in Kansas City are special. We like to come back and play for them, and they’ve been really supportive of me and my band and the different iterations, and all the different sounds and stuff. We’ve just got a really great group of people around us there.

Your home club in Kansas City was Knuckleheads. What did that venue help you learn that you would then take out on the road?

I started going there when I was 17 years old. My upbringing was very practical and I wanted to perform. I wanted to play music, but it just seemed like something that was really far-fetched. I didn’t know how to get from point A to point B, but my first time going to Knuckleheads, I saw the past, you know? You see all these people come in, these touring musicians, these touring groups, and I’m like, “Wow. There’s a touring industry. There’s a way to go and build a career and build a foundation and build a fan base. And it’s grassroots and there’s a way to get to where you want to go.”

Knuckleheads really helped me see that there was a future in music. I started digging in once I started seeing it was possible.

You mentioned the various iterations of your band. The band was stripped down to a power trio. How has that affected your performances as you return to touring?

We started doing shows in October of last year when there was nobody else out there—just a small handful of people I could see that were trying to do these COVID shows. We started with drive-ins and outdoor venues, but part of the deal for me moving forward and trying to tour in this really freaky landscape was that we pared down everything.

We cut the band as much as possible. I’ve toured in a trio before, so it was just a return to something that I was familiar with. Honestly, it was probably the best thing for my guitar playing at that time, after being off for nine months. It’s an extreme workout for a guitar player to play in a power trio.

We completely pared down. We went to minimal crew, minimal band members, ’cause the less people in our group, the less chance we have of bringing the virus back into our camp. We kept things really tight in a small bubble. Things are shifting now: I’m putting together a bigger band to support the new album that I’ve been working on and to support the music that I’ve put out.

I’m in a four-piece right now and I feel very comfortable. You know, I miss the horns sometimes too, but it’s nice to mix it up. It’s a challenge. Like, “I missed the horns today. Let’s figure out a way to get that part in there some way with the people you have on stage.” It’s a nice challenge. It keeps me creative. It keeps me going.

That’s such an interesting thing, because you didn’t get to tour for very long behind Kill or Be Kind, so it seems as though this is yet another chance to revisit those songs anew.

Absolutely, and [it’s a chance for] revisiting this material with a new group so it’s a fresh perspective on the music. But it does feel weird because to me; the album feels old. I made it. I lived with it. The only thing we didn’t really do was tour very long, but still, the passage of time occurred. I’ve been doing a lot of interviews about it like it’s the brand new album because, for a lot of industry things, it is. But we still lived our lives in the meantime, so it does feel kind of weird to talk about it as a new record. But it is still really fresh and not a lot of people have heard these songs.

We’re going out there performing a good deal of the album. I’m mixing it in with some older material, getting ready for some new stuff. It’s like gently mixing. I’ve got more songs to choose from now than ever before. That’s a really fun kind of thing to try and figure out.

You’ve got a new album’s worth of material. I imagine that’s gotta be another wrinkle in this whole thing—just having a whole album’s worth of new material that you want to start road testing?

Well, yeah, because I lived my whole life during the pandemic and [as for] what I did when I couldn’t tour—I just wanted to continue playing music, so I just really focused on writing and making the next album. I recorded an album during the pandemic and so we’re gearing up for that. Now we’re stepping back into road life and touring, and I’m doing interviews, talking about my “new” album, Kill or Be Kind and it’s like, “Oh wait, yeah. Shoot. That is new.” I guess that’s weird. But yeah, it’s been interesting and a little bit of a wrinkle ’cause I feel like it got a little shortchanged, but I mean, what can you do?

Well, it’s not that people haven’t been listening to it. Several of your top songs on Spotify are from that album, so it seems like even if people didn’t get to hear you play them live, they’ve definitely leaned into it.

That’s been an interesting gift, in a way, for me. The silver lining of the pandemic is everybody has had to go to the internet and so, I’m focusing on: “How can I deliver these songs to people and continue to share this album while we can’t do it the traditional way that we’re accustomed to? [And the answer] is to just tour relentlessly. But yeah, I definitely feel like this one has reached people and they get excited about those songs when we go and play.

The reason we’re talking is because you’re coming back to Kansas City to play at this Wine, Jazz and Blues Fest. What is the festival circuit like, as a blues artist? I feel like there are so many jazz and blues fests that exist throughout the country. Does it provide a really interesting chance to play with other artists in the genre?

Yeah, absolutely. It depends on the festival ’cause we fall into a few different categories. The blues and brews festivals—I feel like those really fall into this realm of housing a lot of different styles of artists. It just kinda depends on the specific festival and what they’re going for. We’ve played some really straight-up blues lineups, but we’ve also done Americana festivals, we’ve done jam festivals, and so you kind of interact with all these different styles of music and bands.

It is kind of cool because festival season is the only time I get to see any of my friends that I’ve made over the years on the road. In the wintertime, you’re playing clubs, and you might get put on a double bill or something, but you really only get this chance when you’re all on the same bill at a festival. That’s kind of nice—to get to go and socialize again.

It’s hard to beat the atmosphere at a festival. All the fans that come are really there to cut loose and they know what they’re in for. They’re completely embracing the whole theme.

Now that you’re back on the road and you’ve got this new album that will be announced by the time this piece runs, how are you adjusting to everything? We started out by talking about dealing with last-minute tour issues. How are you personally dealing with all of this?

I’m looking at the month and July and August are still—I mean, we’re still dealing with COVID. We still have dates that we couldn’t fulfill because some festivals are struggling to get insurance. There are some liability issues with the pandemic still going on, so our calendar is still pretty scattered through the summer, which is completely abnormal. This time of year, I wouldn’t even think about going home. We’d be just out, but instead, we’re looking more at September and October—and November, even—just being when we’re really going to get busy.

So I still feel like I’m just taking my me time and trying to stay focused. But we have a lot of work to do, ’cause I’m working with this new band and we’re doing the new songs and getting everything ready. I feel like I’m like just training and getting ready for fall.

Samantha Fish’s Kill or Be Kind is out now, and Faster is out September 10, on Rounder Records. You can see Fish live at the Missouri Wine & Jazz Festival this Saturday, July 31. Details on that show here.