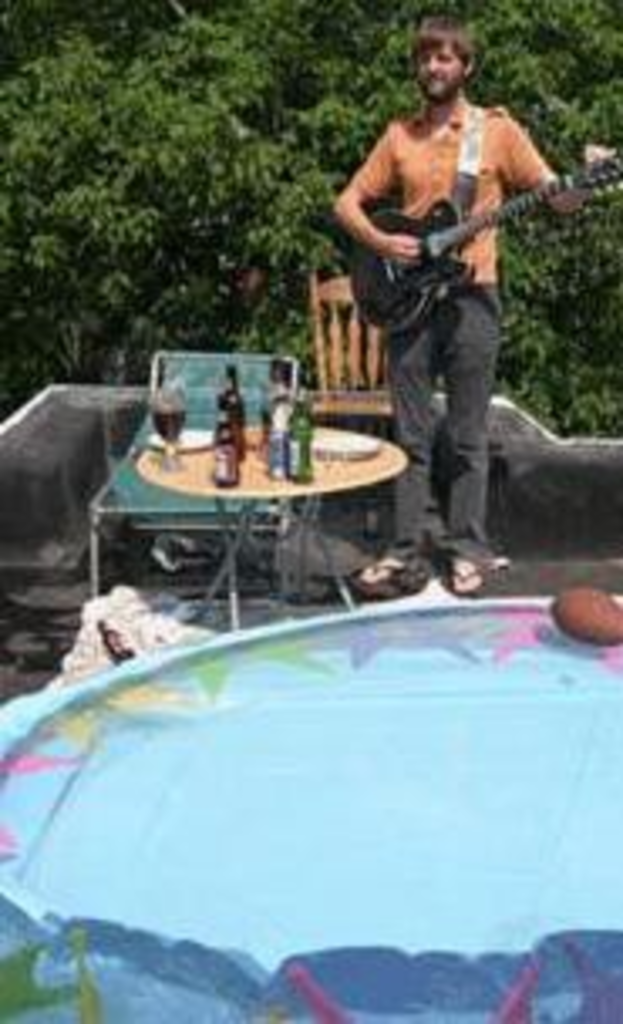 Though Grow Up or Sleep In caught the (mostly) affectionate attention of everyone from Wayne Coyne to The Washington Post (the album was also released to acclaim in Europe and Australia last spring), this homegrown quintet has distanced itself musically from the layered, heavily produced sound so characteristic of indie rock. Since last fall’s release of Grow Up, the band’s music has been tinged with new sounds, including folk. “We’ve gotten groovier,” Connor says.

Ghosty is toiling in the final stages of a new record that will be “a full-band effort” — as opposed to Grow Up, the near total brainchild of Connor both lyrically and musically — and also “more live, which we think is more interesting, more lush,” he says. It’s more rough around the edges. Raw. Live-sounding, he hopes, but not sloppy.

These hardly sound like the aspirations of a typical, slick rock outfit commonly found rubbing elbows in the indie-drunk music industry. The new album will take wing from (but won’t forget) the musical influences of Ghosty’s rookie days — the Flaming Lips, Wilco — and subtly absorb the rustic soul of someone like Bob Dylan. Freshly minted songs such as “A Good Customer” go for a sound that’s more immediate than produced, with drummer Josh Adams bringing intentionally ramshackle percussion to add to Connor’s edgy but still introspective, artful lyrics.

All this spells a tour, and in October, Ghosty goes groovy on the East Coast. Difficult as it is to juggle the planning and organization (as well as the “How can I leave for three weeks but not lose my job?” factor), Connor says it’s worth it. “We loved touring the few times we did it last year. And that’s what we want to be doing more of, that’s what makes us happy.”

Even if the album (tentatively titled No Nothing) isn’t out by then, Ghosty will travel from Boston to New York to Philadelphia. And with luck, the band will turn a few heads along the coast. “The relative isolation of the Midwest, where artists are able to germinate and grow into a fully realized talent,” says the band’s Web site, “has allowed Ghosty to flourish into something special.”

Confident, creative and willing to adapt and remake itself, Ghosty appears as prepared as any band to shoulder the hazards of releasing the Dreaded Sophomore Album. The good news for fans is that Ghosty is still recognizably Ghosty. But the band of late has gained something new to prove: That it isn’t just another one-dimensional indie rock act.

I want to be a clean slate, Connor sings on the new album. He’s speaking for the band on that one. Tuesday, August 22, at the Jackpot Saloon.