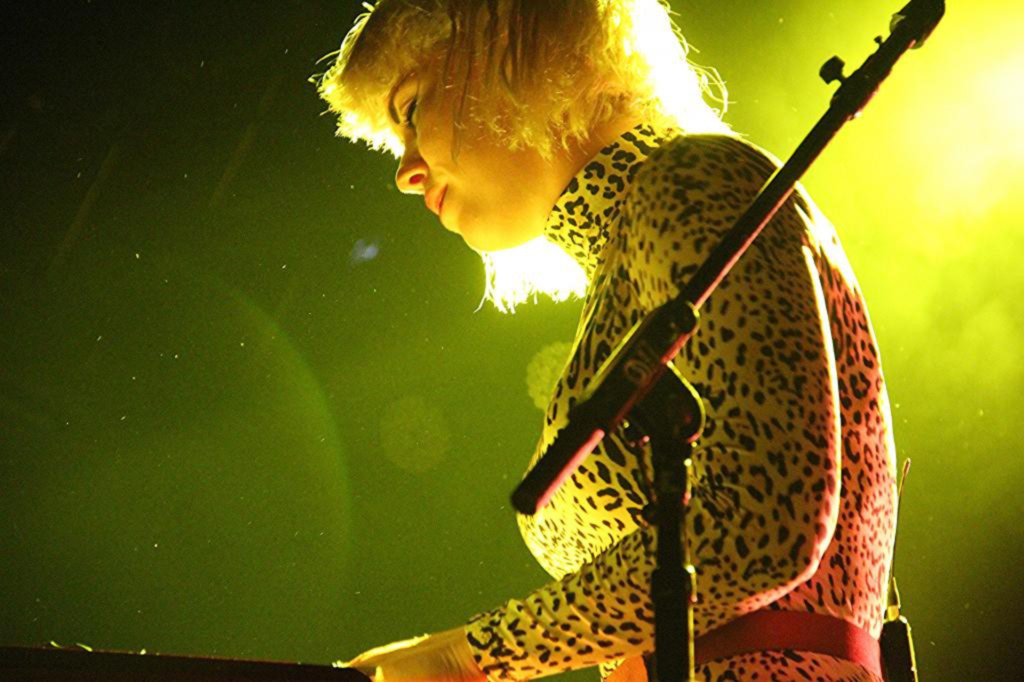 Grouplove, with Portugal the Man and Starfucker
Crossroads KC
August 29, 2014

As summer comes to a close, so do the muggy, sweaty, multi-act blowouts that come along with high admission prices and ultra-short sets. Last night at Crossroads KC, the crowd was treated to three buzzworthy acts, with a bonus thunderstorm. It felt like what it was supposed to: a Labor Day-weekend party. 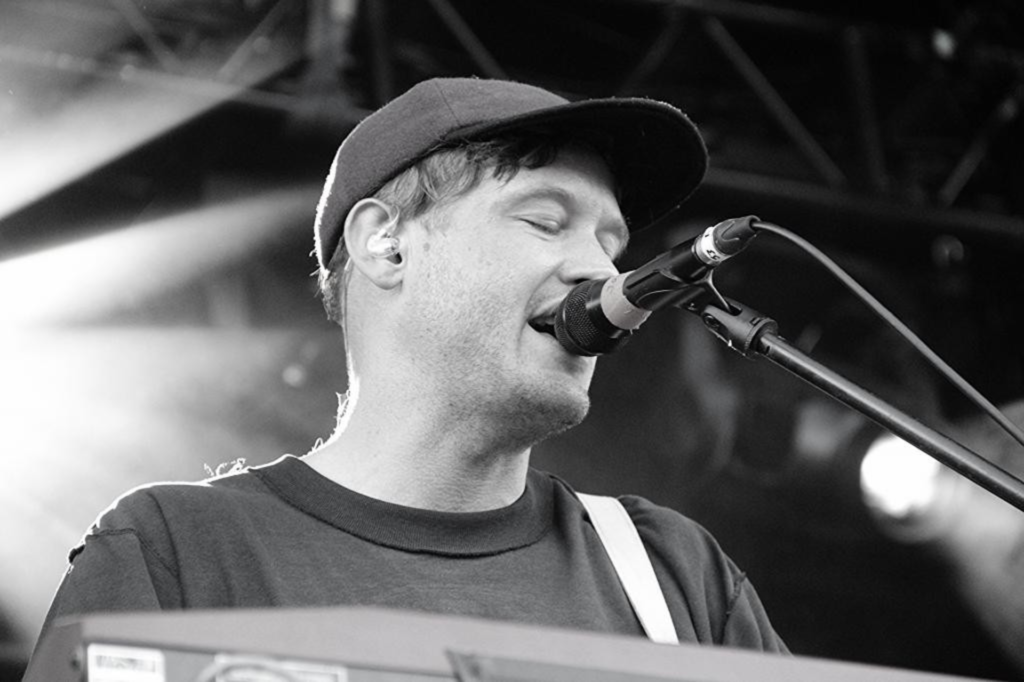 The night started with a surprise: Starfucker was opening. The band did the job just about perfectly on this warm evening, with a blend of dance hooks, guitar work and electronic beats. 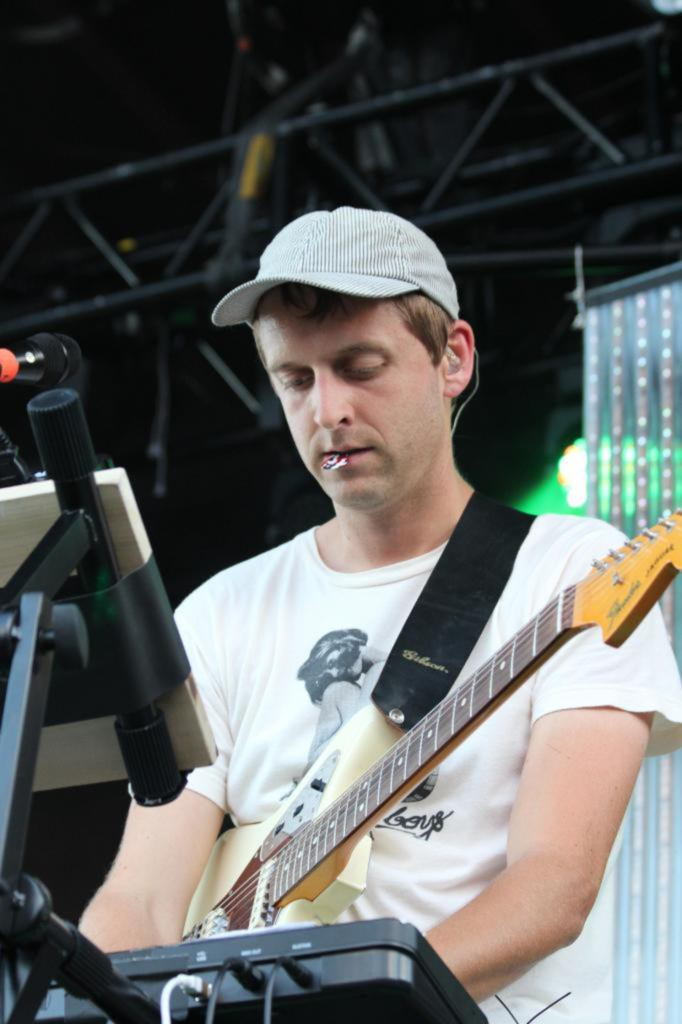 //instagram.com/p/sTWZUXRQIR/embed/
Local man Andrew Connor (most notably from Ghosty) played keyboards and guitar for the band, in a not-at-all insignificant role. Connor blended in as if he were a longtime member.

The crowd remained mellow, dancing mildly, until the band covered Cyndi Lauper’s “Girls Just Wanna Have Fun,” during which the roadie extras launched blow-up sex dolls into the crowd, inflatable penises erect and ripe for crowd molestation (those poor dolls). The energy remained high for “Pink Pepto” and the end of Starfucker’s too-brief set. (Please come back for a solo show if you can, Portlandiers.)  As the band walked offstage, frontman Joshua Hodges muttered, “Fuck Honda,” in reference to the evening’s sponsors. (The Honda Civic logo was emblazoned on the tour vehicles parked outside of the venue.) 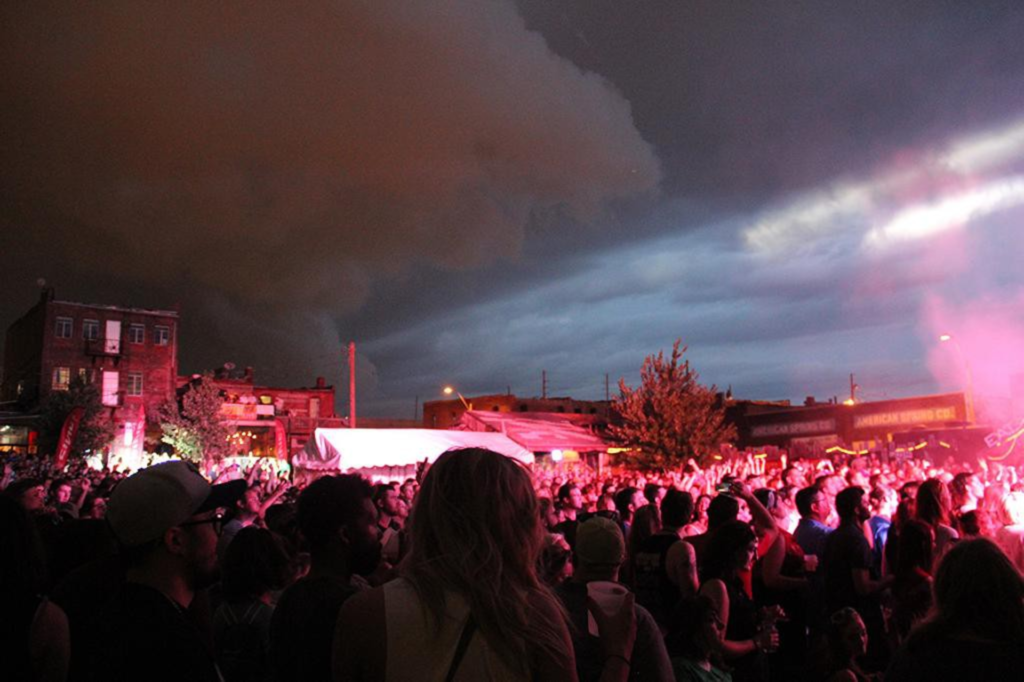 As Portugal the Man began its amped, energetic set with “Another Brick in the Wall” (a challenging cover done effectively), it began to become clear that the night may be cut short. A seriously ominous-looking storm rolled in, cooling the city off 5 degrees in just a few minutes with a strong breeze. The band soldiered heavily through about five songs before abruptly halting to unplug all equipment, due to the nearby threat of lightning. The crowd seemed to understand – but largely remained for the next hour of rain, lightning and thunder. 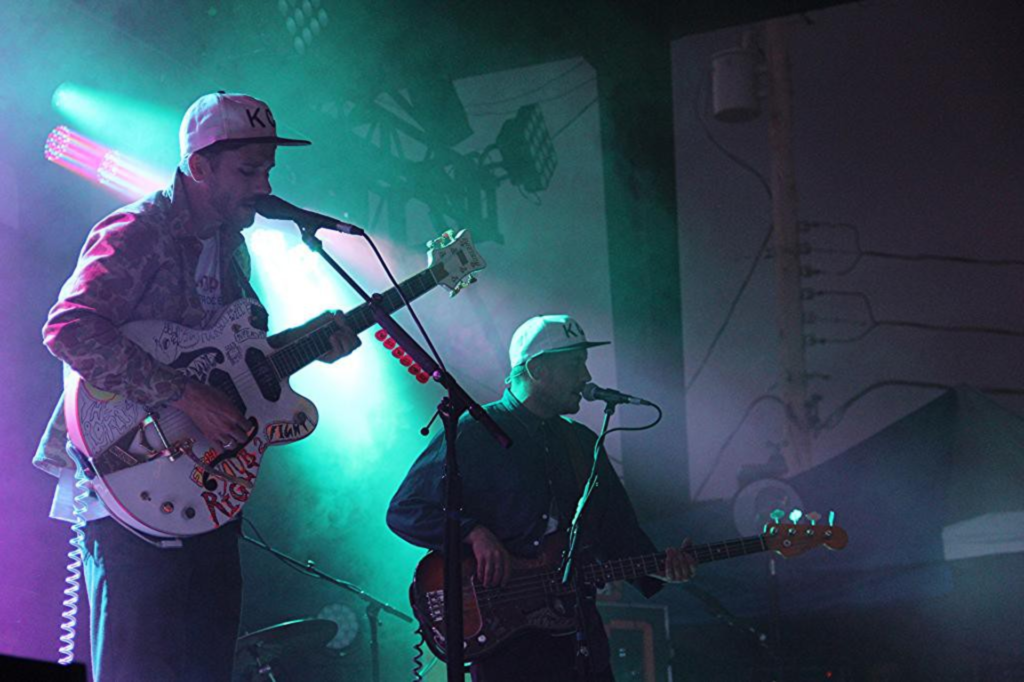 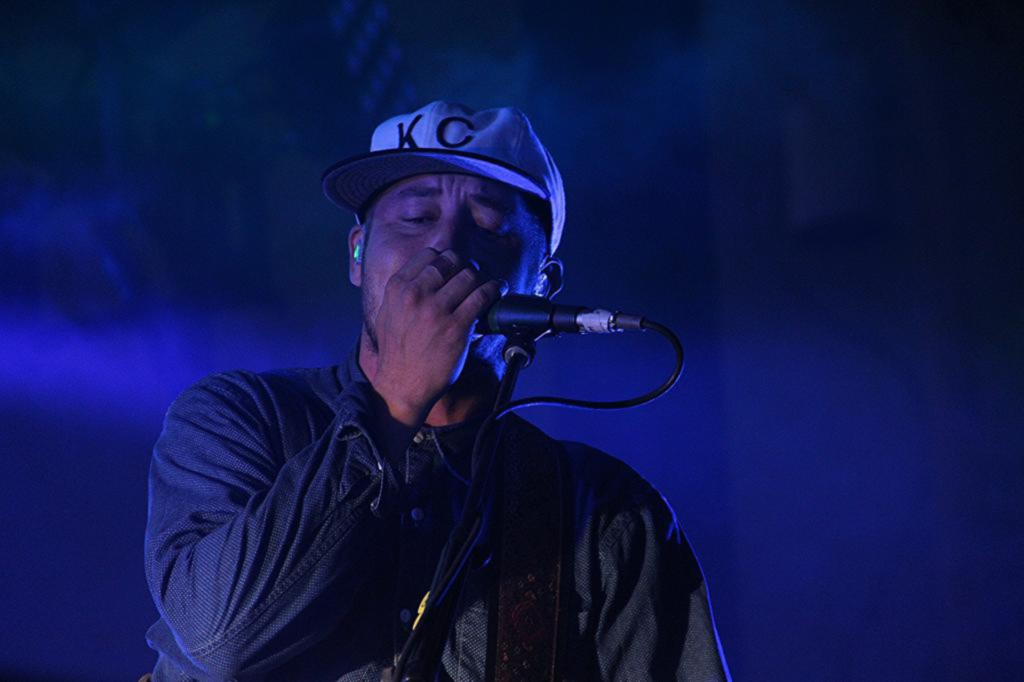 The band eventually came back to the stage to close out with another hour of music, including a performance of “Modern Jesus,” off the band’s most recent album, Evil Friends. The crowd responded to the 45-minute return as if they had played all night. An abbreviated cover of Oasis’ “Don’t Look Back in Anger” would have been a fine conclusion to the whole night had the band been the headliner. 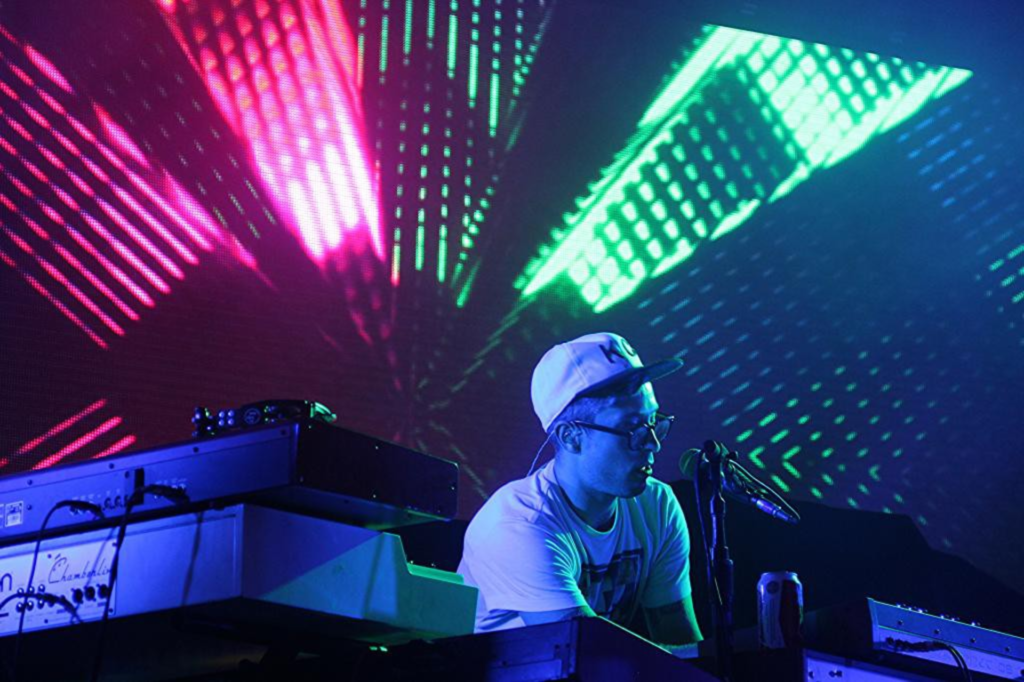 But then Grouplove took the stage. I was familiar with its material via some Internet buzz and occasional radio play, but the headliner status was a mystery to me — until I saw Hannah Hooper onstage. This woman, clad in a leopardskin bodysuit, bent herself in half and thrashed around the stage with gleeful rock-star abandon. She twirled, danced, headbanged and roused the crowd into exactly the right post-rain frenzy for a summer-closing show. 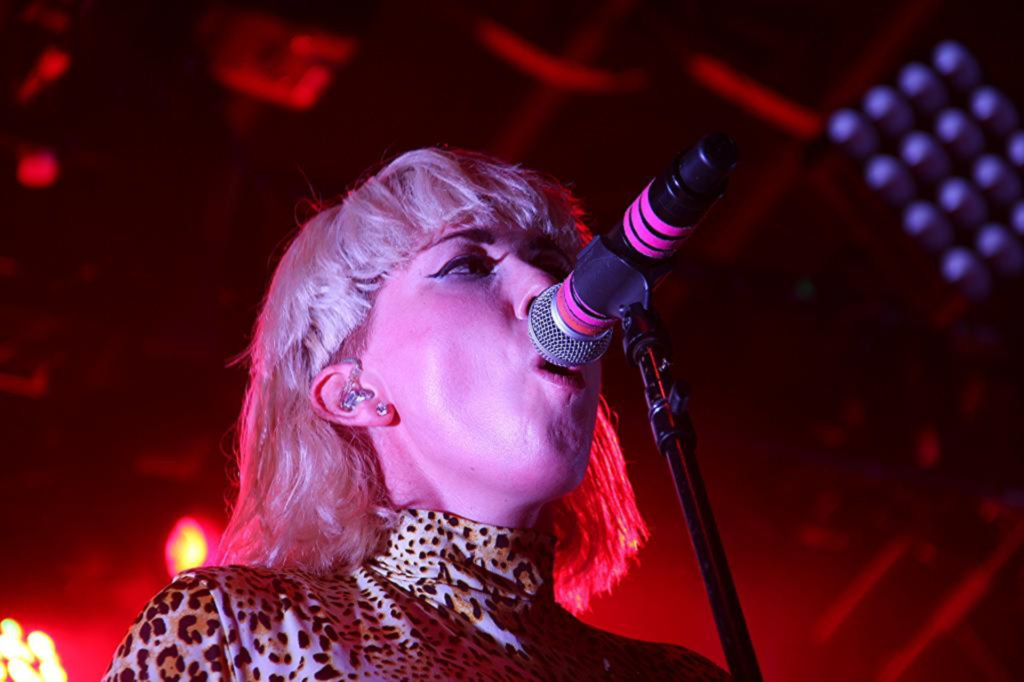 This is not to belittle the rest of the band’s solid work. It is just hard to watch anyone else when Hooper’s presence is so consuming. Christian Zucconi’s commanding voice and the band’s crisp percussion and surprising understanding of crowd dynamics, however, make this a surprisingly seasoned-looking live act that seems to have five more years under its performing belt than it actually does. It’s an impressive act. I expected a radio flavor of the month but got a headful of dance-friendly anthems to make a stormy night memorable. 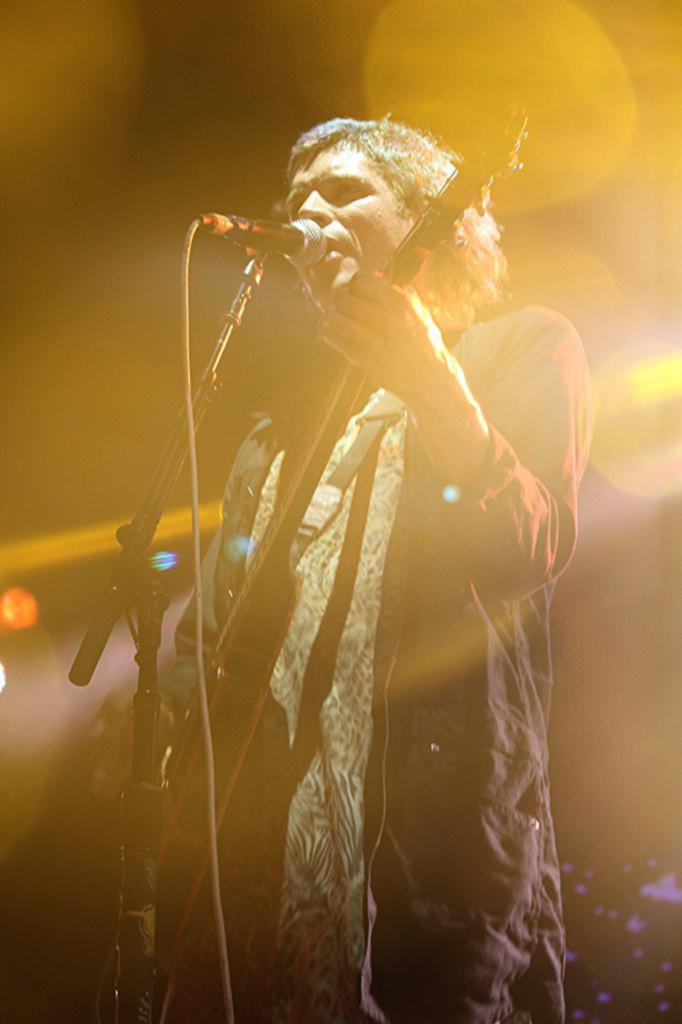