Letter claims bill to encourage red flag laws would "normalize support for the eventual disarmament of this nation." 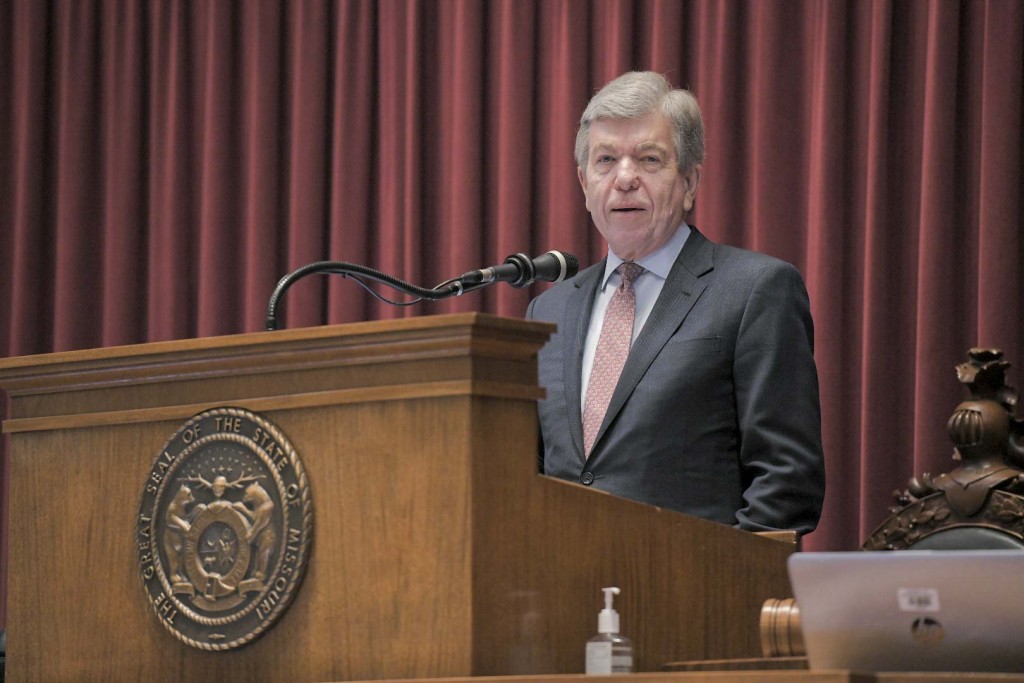 Blunt was part of a bipartisan group of 20 senators who crafted a bill that would give incentives to states to enact “red flag laws,” which allow the courts or law enforcement to temporarily remove a firearm from an individual who is distressed and poses a harm to either themselves or someone else.

Blunt issued a news release after the deal was negotiated to promote the mental health provisions he championed along with Sen. Debbie Stabenow, D-Mich., that would fund community mental health and addiction treatment centers.

The red flag law provisions have drawn attacks from gun rights groups and were the target of the letter from state Rep. Tony Lovasco, R-O’Fallon and signed by 44 additional Missouri House members and four members of the state Senate.

In the letter, they noted that most versions of red flag laws authorize courts to seize guns from someone considered dangerous without requiring a criminal conviction and, in many cases, without the targeted person in court.

“The proposal in question seeks to allow Congress to deflect responsibility for enacting such horrid laws by essentially punting to the states,” the letter states. “Knowing that forcing such immoral and unconstitutional provisions nationwide would not garner enough votes to overcome a filibuster, Senator (Chris) Murphy instead proposes to bribe states with their own tax money to do his dirty work for him.”

The proposal being drafted into a bill has the backing of President Joe Biden and, on Wednesday, Senate Minority Leader Mitch McConnell of Kentucky said he was “comfortable” with the framework as announced.

Because it needs to overcome an expected filibuster, the bill will need the votes of at least 10 Republicans.

“If the legislation ends up reflecting what the framework indicates, I’ll be supportive,” McConnell said.

At the news conference with McConnell, Blunt said the bill should be ready for debate by next week. He said he supports a provision of the bill allowing access to juvenile records for background checks if someone under 21 wants to purchase an assault weapon.

“The person in Uvalde, who on his 18th birthday underwent a background check to buy a gun, and since you have no earlier records from 18 available, it’s like that person was born that day,” Blunt said.

“If this measure comes to fruition, a vote for it will directly enable the spread of confiscation laws throughout the country, and further normalize support for the eventual disarmament of this nation,” the letter states.

Of the 45 House members who signed the letter, six are seeking seats in the Missouri Senate in Republican primaries this year and one, state Rep. David Gregory, R-St. Louis County, is running for state auditor. Seven are not running for another term and 31 are seeking re-election.

Two of the four state senators who signed – Mike Moon of Ash Grove and Eric Burlison of Springfield – are running in the 7th Congressional District primary.

Blunt is not seeking re-election this year and 21 Republicans have filed for the GOP nomination to replace him. Three of the candidates leading in the polls – former Gov. Eric Greitens, Attorney General Eric Schmitt, U.S. Rep. Vicky Hartzler of Harrisonville – have said they are opposed to the Senate proposal, the Kansas City Star reported.