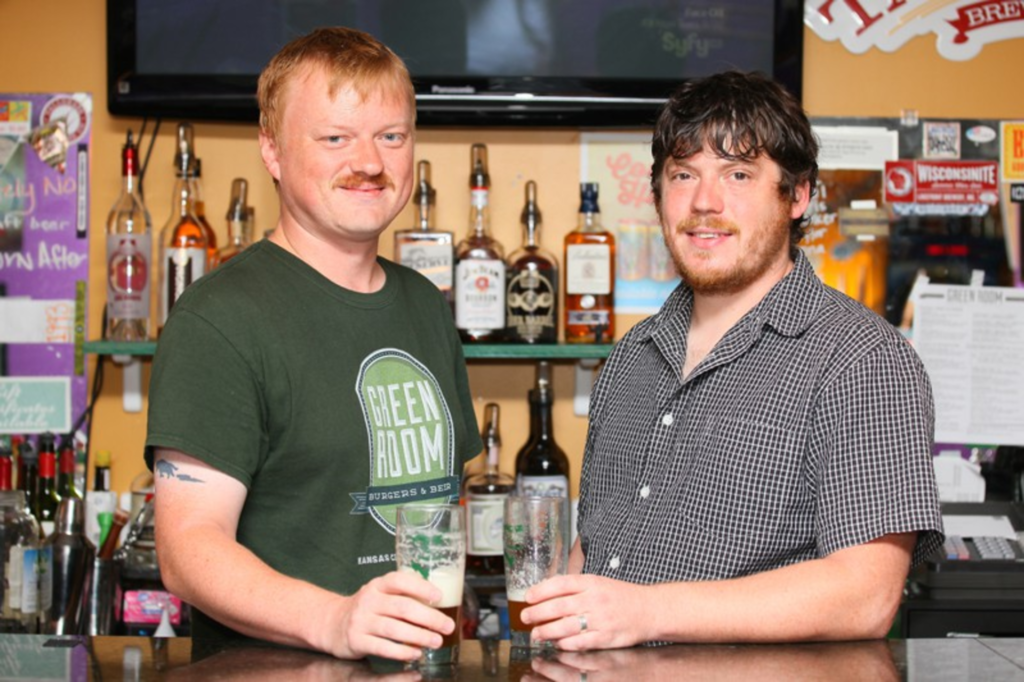 This week is about hoppy beers, with new IPAs from Green Room Burgers & Beer and Cinder Block Brewery.

Expect more of everything. As the name implies, the hopped-up brew is a tribute to someone who knew about excess: legendary Kansas City jazz musician Charlie Parker.

“I love jazz,” Ptacek says. “And it turns out [Green Room brewer Chris] Flenker is a saxophone player, so he knows a lot about Kansas City jazz. We’re both big fans of Bird. He knows a lot more about Charlie Parker than I do. We’re just trying to tap into that tradition a bit.”

Green Room plans to tap it every August 29 in honor of Parker’s birthday. Ptacek anticipates that the six kegs will last about a week.

“We’re really excited about everything he’s making,” Ptacek tells The Pitch. “He has a really good talent for it.”

“Definitely our best beer,” he says. “It’s incredibly complex. A lot of bitterness on the back end. And I would say a malty backbone on it. Just really excited about it.”

And Green Room is socking away some for the future. In fact, Ptacek says, Bird Lives is the first beer that Green Room has ever bottled.

“We’ll be holding those back for vertical tastings the next couple of years,” Ptacek says.

Meanwhile, in North Kansas City, Cinder Block Brewery is releasing the third in its Hop Maven series of IPAs, a West Coast–style IPA that comes in at 7.8 percent ABV and 100 IBUs.

Cinder Block owner Bryce Schaffter says No. 3 was brewed with all of the usual-character American-style hops (Chinook, centennial, Columbus, Amarillo, Simcoe), and 18 pounds of dry hops went into the beer.

“We love hops,” Schaffter says, “and the West Coast is supposed to be the massive-hopped IPA. We wanted to do something with a ton of hops in it but not the bitterness. For us, we did a lot of continual, large hop additions — the most hops that we’ve used in the brewhouse yet throughout the brew. And it really seemed to balance out — not give a big, bitter punch in the front but really have a big hop presence when you first get a taste, and then it just goes away and doesn’t linger on heavily.”

The Hop Maven No. 3 that I tried hadn’t been carbonated, but it was front-loaded with flavor. Schaffter was right that the taste didn’t linger.

Schaffter expects Hop Maven No. 3 to be on tap this week. And on Wednesday, September 3, Cinder Block plans to release a brown ale from Michael Wells, who won in the Kansas City Bier Meisters’ brown-ale category in February.

“We had said whoever wins, we’ll pick one of the categories and scale it up,” Schaffter says. “I’m pretty happy with it. It’ll be nice to lead us into the fall.”

The brown ale has a big, roasty, coffee flavor.

Also coming soon, Cinder Block’s KCfest, a take on the traditional Oktoberfest; a spiced-maple amber ale; and more in the Hop Maven series of IPAs.

“We love doing IPAs,” Schaffter says. “It’s just kind of an excuse to do an IPA that if we don’t want to do again, we don’t have to do it again. It’s been pretty cool.”