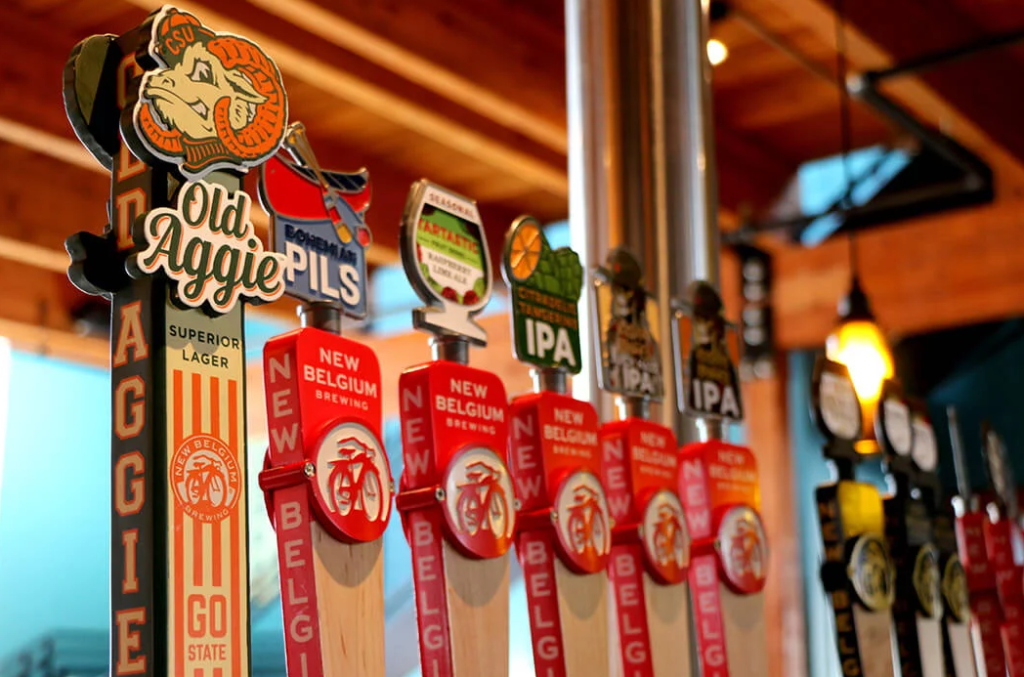 Take the rare opportunity to try imported wines from Switzerland at Andre’s Chocolates & Confiserie Suisse (5018 Main Street). According to Andre’s, Switzerland does not export a large quantity of wine, and thus it can be difficult to come by. Try three separate varieties along with tasting notes for $25, and add chocolate pairings for another $5. These specialty wines will be available through the end of January.

Hopcat (401 Westport Road) consistently offers some of the most affordable and accessible specialty beer dinners in town, and Tuesday night’s offering is no exception: get in starting at 6 p.m. for a four-course dinner paired with beers from New Belgium Brewing Company. On the menu: kale salad with goat cheese and pine nuts (Voodoo Ranger); cod and shrimp ceviche with grapefruit and mint (Sour Saison); black tea-braised pork loin with roasted beet, radish and leeks (Liquid Paradise); and maple-glazed apple fritters (Apple Felix). Tickets are just $30 (not including tax or tip); pick those up here.

Another affordable option is available from Liberty Hy-Vee Market Grille (109 North Blue Jay Drive), which is hosting a four-course Levi Garrison beer dinner, which begins at 7 p.m. Levi Garrison and Sons Brewing Company is based in Hamilton, Missouri, and is bringing in its Homecoming Ale, Dunk Dog Dunkelweissen, Winter Ale, and Chocolate Stout for the occasion. Tickets for this dinner are $35 a person; make reservations by calling 816-792-2442. 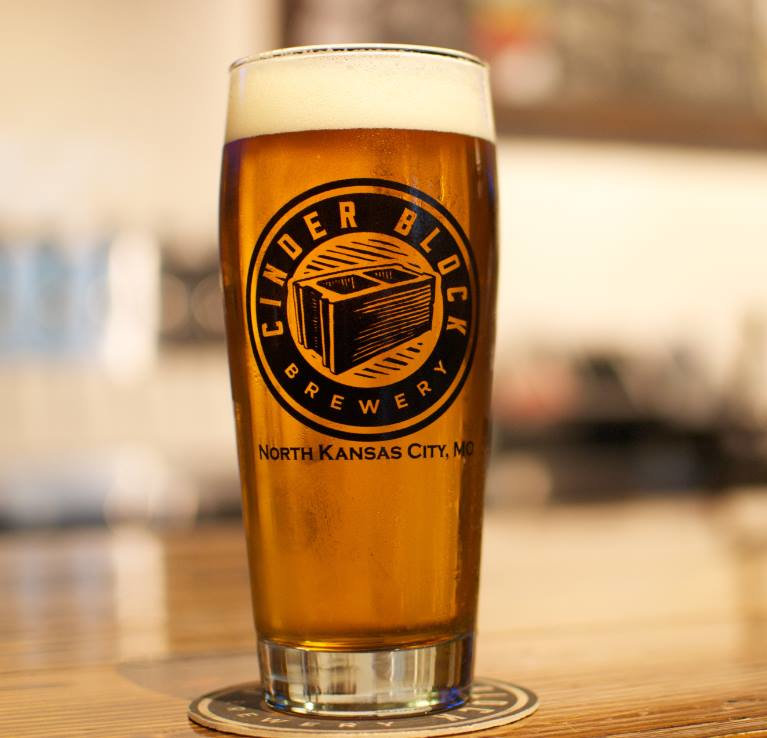 Cinder Block Brewery (110 East 18th Avenue) is tapping five house-made meads tonight for its Mead on Mead event, which begins at 4 p.m. (Mead, for those unfamiliar, is a fermented drink made with honey and water). Try Strong Mead
, Melon, Grapefruit, White Grape, and Braggot flavors while they last.

Patron Tequila ambassador Nathan Harrison will be on site to host a Patron-themed specialty dinner taking place Thursday night at the Sheraton Overland Park (6100 College Boulevard). Offered up is a five-course meal that includes cocktails and tequila pairings. A couple of sample courses: rendered pork belly with pozole sauce, fried hominy, radish, oregano crisp, and a crispy chicharron
will be served with Patron Roca Añejo; and duck mole will be served with baby carrot, masa cake, tomatillo and pepito, paired with Patron Extra Añejo. The meal is $79 a person, exclusive of tax and gratuity. Call 913-253-1906
or email winedinersvp@gmail.com for reservations. 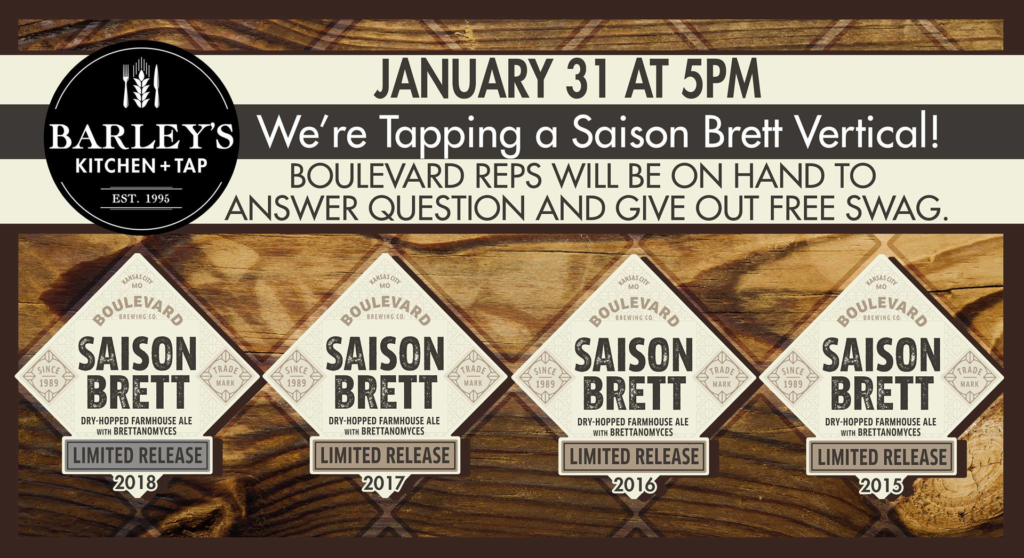 Visit Barley’s Kitchen and Tap (16649 Midland Drive) for a vertical tasting of Saison Brett, which runs from 5 to 8 p.m. A vertical tasting is one in which you try several varieties of a wine, beer or spirit. Tonight’s tasting is making available four vintages of Saison Brett: 2015, 2016, 2017 and 2018. Boulevard reps will be on hand with swag and to mingle with guests.

Today, Green Room Burgers and Beer (4010 Pennsylvania Avenue) celebrates its seventh anniversary. It’s doing so in style with a party that begins at 5 p.m. and runs until close at 1 a.m. Get in for a special collaboration beer made with Union Horse Distilling Company: Noble Steed, a Belgian-inspired dark strong ale aged six months in a single Union Horse Rye Whiskey Barrel. A specialty cocktail menu featuring beer cocktails and Union Horse Whiskey will also be available, as will a special beer-brisket sandwich. Special casks will also be tapped, including a pin of cinnamon stick brown ale as well as a firkin of double dry-hopped red IPA with Centennial and Mosaic hops.