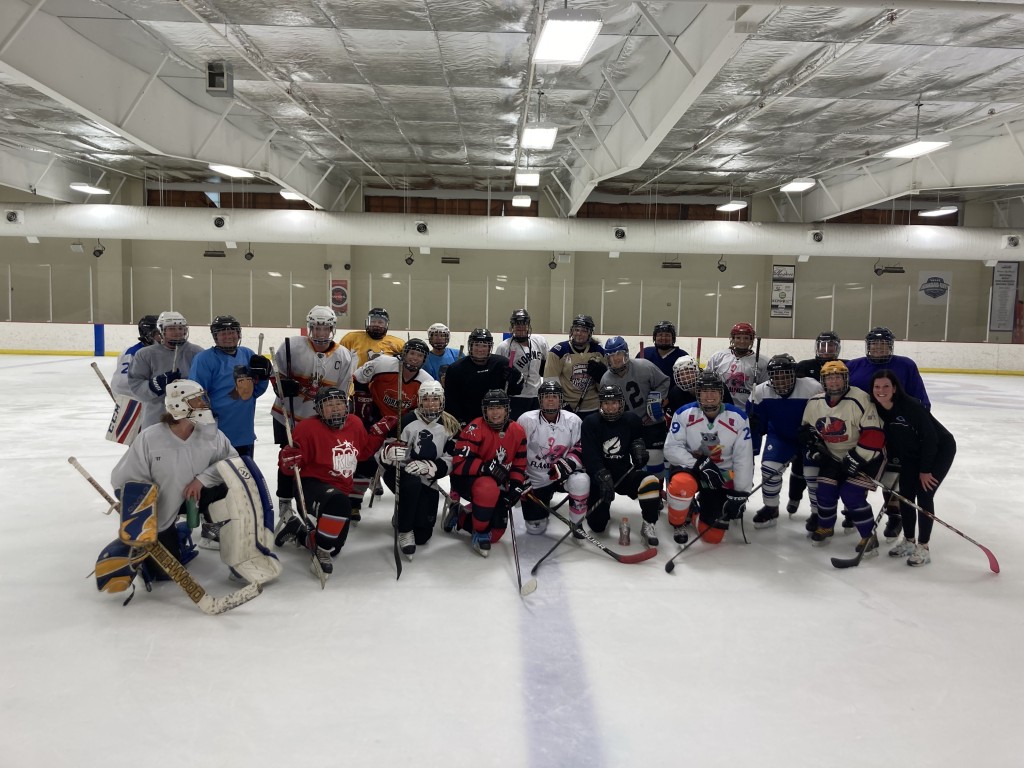 The Kansas City Women’s Hockey League aims to empower women and advance the sport by making ice hockey more accessible. And, of course, kick some ass.

The organization was created by women and for women who love ice hockey. The goal is to give women and girls the chance to learn and enjoy the sport in a competitive but friendly atmosphere. Growing pains are expected, and falls are not judged harshly.

“We are more than just a hockey league,” says KCWHL Member Bridget Treas. “We are a group dedicated to creating a strong sense of community, both on and off the ice.”

The mix of competitors ranges from former college ice hockey players to wobbly-kneed-uneasy-on-skates types that are just figuring it out. The objective is to compete and get better week by week in a non-intimidating environment.

The KCWHL 2022 season began March 12 and gathers weekly through the end of May. Women can drop in for a one-time session for $21 or $109 for four weeks. This helps overcome the barrier to entry as full hockey gear can cost between $500 – $1000.

The lower cost allows for women to try out ice hockey before committing to the full purchase of equipment. The fee covers skates and full gear borrowed from KCWHL’s gear library. 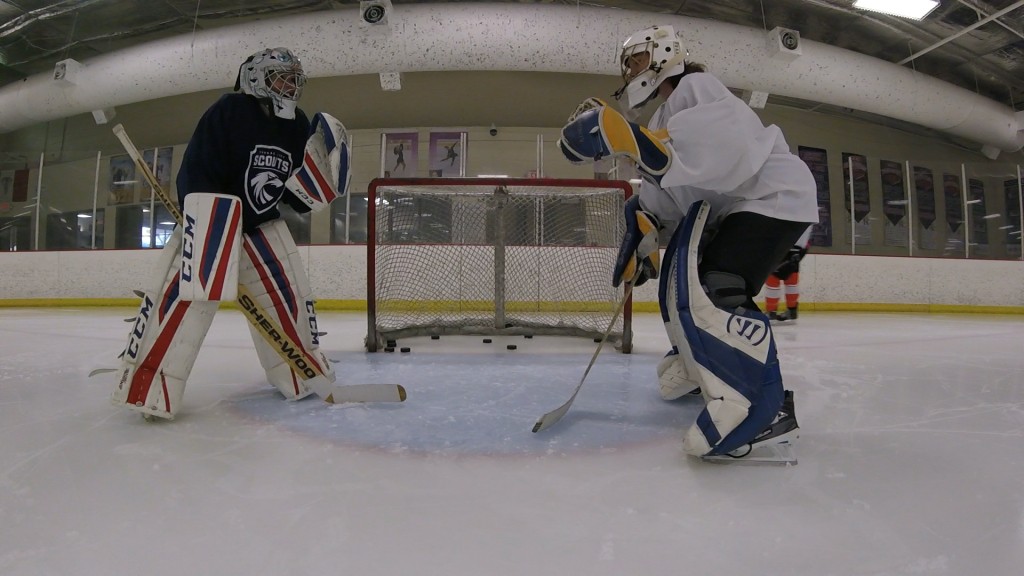 KCWHL competes in the evenings or weekends, alternating between practice and games in their weekly meetups. A typical session features roughly 25 women and girls divided into four teams where equivalent skill levels face off in a round-robin.

This season, most of the practices and games take place at Line Creek Ice Arena although some will be held at KC Ice Center in Shawnee.

Those interested in signing up need only email kcwomenshockey@gmail.com in order to get the puck gliding on the process. The full schedule of events can be found on KCWHL’s website along with additional information.

If you’ve considered ice hockey in the past, are looking for a new hobby, or just want to participate in team sports, then KCWHL could be a good fit.

Savannah Bananas vs. KC Monarchs in "banana ball" at Legends