Grammy-nominated saxophonist Miguel Zenón appearing at the Folly this Friday 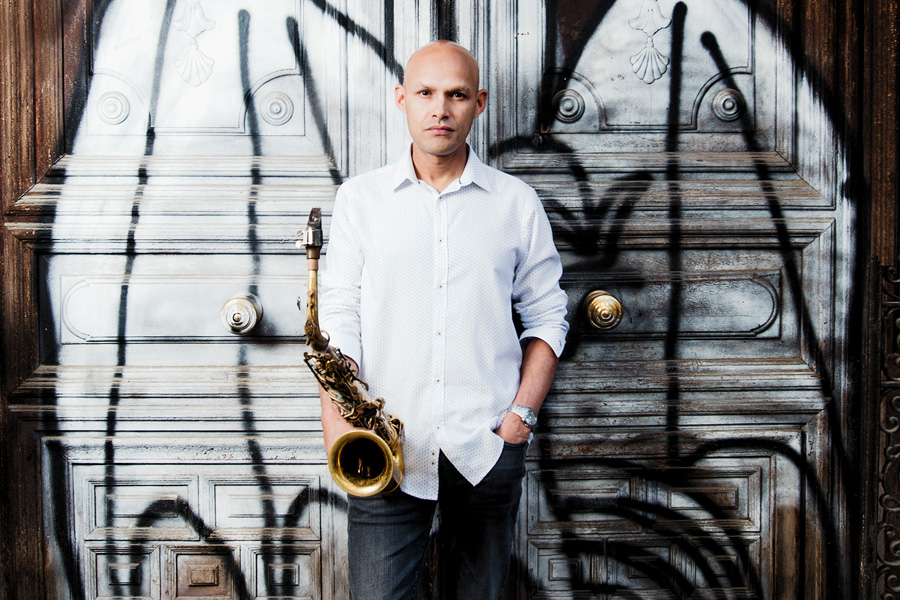 For the next installment of the Folly Jazz Series, saxophonist, composer and MacArthur Fellow Miguel Zenón will take to the Folly Theater stage Friday, January 20. Celebrating the Grammy-nominated Música de Las Américas, the 8 p.m. show will be preceded by a talk with the performers at 7 p.m.

If you’ve not heard Música de Las Américas, released last August via Miel Music, it’s a wonderfully-energetic, wider-ranging selection of songs. According to Zenón, “This music is inspired by the history of the American continent: not only before European colonization, but also by what’s happened since—cause and effect.”

You’ll find yourself moved both physically and emotionally by the albums’ tracks, which “reflect the dynamism and complexity of America’s indigenous cultures, their encounters with European colonists, and the resulting historical implications.”

Zenón pulled inspiration from books like Eduardo Galeano’s Venas Abiertas de América Latina (Open Veins of Latin America: Five Centuries of the Pillage of a Continent) and Sebastián Robiou Lamarche’s Taínos y Caribes (Tainos and Caribs: The Aboriginal Cultures of the Antilles), titles which track the effects of colonialism on the Indigenous peoples of the Americas, both then and now.

The entirety of this album reflects a view of what was, what is, and what might have been.

Zenón’s quartet with pianist Luis Perdomo, bassist Hans Glawischnig and drummer Henry Cole has been with him for quite some time, and if you’ve never heard Zenón and Perdomo perform a duo verion of Esta Plena‘s “Oyelo,” it’s talent and groove all summed up in one track. This is definitely the jazz show to kick off the year.

Miguel Zenón Quartet is at the Folly Theater on Friday, January 20. Details and tickets for that show here.