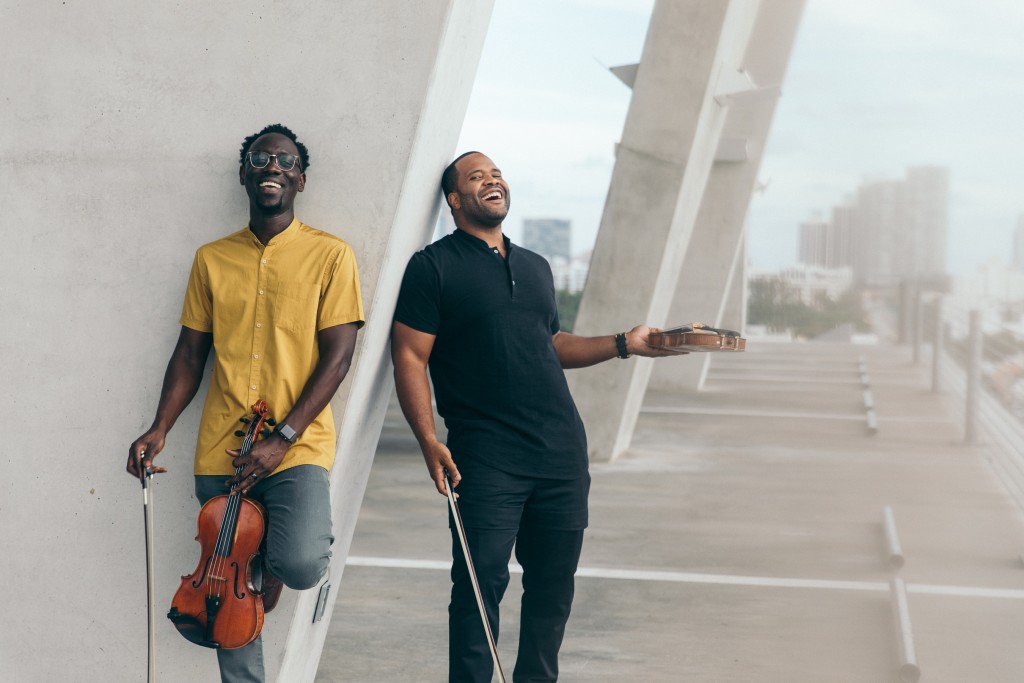 Wil Baptiste and Kev Marcus of Black Violin will perform Oct. 27 at the Kauffman Center. // Courtesy of the band

You’ve heard classical music, and you’ve listened to hip-hop, but have you ever jammed to both genres in the same song? That’s the sound that’s coming to the Kauffman Center Oct. 27 with Black Violin.

The duo of Kev Marcus and Wil Baptiste write and perform their own music that’s a fusion of the two genres. And don’t let the name fool you, string aficionados—Marcus plays the eponymous violin, but Baptiste is actually on the viola.

Both have classical training in the form of musical college degrees, but also from the Florida performing arts high school where they met.

Although both Baptiste and Marcus are Black, the name of the group actually comes from “Black Violin”, a violin album by jazz performer Stuff Smith which Marcus discovered while taking a college course.

Sometimes they take an established piece and do a hip-hop remix as with their song “Brandenburg”, which takes the themes from Bach’s Brandenburg Concertos and uses the famous recurring phrases but adds a very different beat and structure.

“We obviously don’t fall into that category. We’re being true to who we are. We are hip-hop. It makes sense that we play these instruments and express ourselves the way we do. It births this new energy and this new style of classical music.”

That innovation has gotten them noticed. Their latest album, “Take the Stairs” garnered a Grammy nomination this year for Best Contemporary Instrumental Album.

Baptiste says they’ve taken inspiration from a wide variety of artists over the years, including Stevie Wonder, Bob Marley, and Kendrick Lamar. When it comes to a jazz town like Kansas City, he looks to John Coltrane, Miles Davis, and Grover Washington as favorites.

Because Black Violin’s sound is so different from everything else that’s out there, it’s sometimes a challenge to convince people to give them space to perform.

“The idea of classical and hip hop, it’s already like, ‘What is this?’ It’s foreign in a lot of ways. Just even trying to convince a promoter to allow you to perform or open up, you have to sell that idea of this thing is going be something people want to hear,” Baptiste says.

“When something is new and fresh, there’s always hesitancy.” 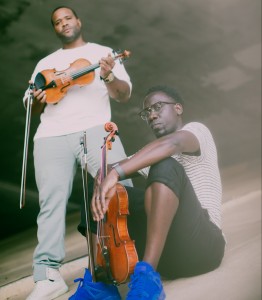 Wil Baptiste and Kev Marcus of Black Violin will perform Oct. 27 at the Kauffman Center.

Still, they’ve convinced everyone from the Kennedy Center to the Kauffman that their sound is worth a listen.

Black Violin is more than just a performing group, by virtue of the Black Violin Foundation. This non-profit provides scholarships of up to $2,500 for people ages 13 to 20 for music education such as summer camp or private lessons. It also provides stringed instruments to Black or Indigenous kids who need help getting access.

While they’re on tour, Baptiste and Marcus play for school groups all over the country, often in low-income neighborhoods. Although the pandemic has significantly curtailed that, they have done some online music performances and workshops for kids in the last 18 months.

“We’re trying to help kids stay engaged with this pandemic. That’s one of the things about young musicians—you lose the urge to want to play, so we want to help out with teachers,” Baptiste says.

Black Violin will perform at 7:30 p.m. Wednesday, Oct. 27 at the Kauffman Center. For ticket information, visit this link.