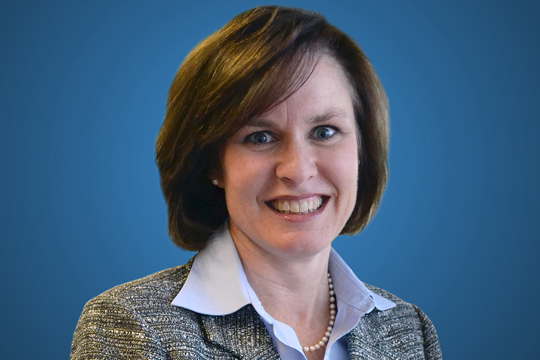 Gov.-elect Eric Greitens announced this morning that he is appointing Anne L. Precythe from North Carolina to be the director of the Missouri Department of Corrections.

Precythe, assuming that she is confirmed by the state senate, would replace George Lombardi, who resigned as director last week after a story by The Pitch revealed that the state had quietly paid millions of dollars to employees who were victims of discrimination, sexual harassment and retaliation by their co-workers and supervisors.

The complaints of discrimination have come from prisons across the state over the past two decades. In just the past five years, the state has been ordered to pay $7.6 million. More than 30 lawsuits are pending, and dozens more are expected to be filed.

Greitens, who takes office next month, began working to replace Lombardi after the story was published November 23 and announced his decision Wednesday in a message on his Facebook page.

“Throughout the campaign, we promised to fight the culture of corruption and politics as usual with a team of reformers and outsiders,” Greitens said in the post. “Today, I am proud to welcome a new champion to that fight. Missouri’s Department of Corrections is broken and that puts public safety at risk. Our corrections officers struggle in a culture of harassment and neglect, in a department with low morale and shockingly high turnover.”

Missouri corrections officers also are the lowest paid in the country.

The Pitch also found that legislators were unaware of the lawsuits and the amount of tax dollars being spent. At least two investigations are now under way.

Rep. Todd Richardson, speaker of the House, has called for one of the investigations. Richardson has said that The Pitch’s findings were “extremely concerning.” He added, “We cannot and will not tolerate what appears to be a pervasive culture of sexual harassment that is also costing taxpayers millions of dollars.”

Sources told The Pitch last week that Richardson’s staff is conducting interviews of prison employees about the working environment and mistreatment of employees. In addition, Nicole Galloway, Missouri State Auditor, said she has sent a letter to the department announcing her plans to audit the state legal defense fund, which has been used to pay for the lawsuit settlements and jury awards.

According to LinkedIn, Precythe has been director of North Carolina’s Community Corrections, in Raleigh, which is the parole-and-probation division of the state corrections department, since 2013. She oversees more than 2,500 probation and parole managers and staff, who in turn manage more than 105,000 offenders on probations, parole or post-release supervision, according to a North Carolina press release.

She previously served as the supervision-services administrator in Community Corrections and started her career as a probation-parole officer in 1988.

Last year, then-U.S. Attorney General Eric Holder appointed Precythe to the National Institute of Corrections Advisory Board for a three-year term.  Precythe will serve on the advisory board until September 2017.

“Anne started her career on the front lines, as a probation and parole officer,” Greitens wrote. “She grew within her department into leadership roles, and she hired and led a team that changed the culture of corrections. Using data and technology, she made the department leaner and more efficient. After she learned how tough life was for some employees under her charge, she launched a program to support employees who were affected by violence — at work or at home.”

Greitens characterized the incoming director as tough on crime and “a fierce advocate” for employees and officers.

“This work isn’t just a career for Anne — it’s a calling,” Greitens wrote. “She feels called to serve her in Missouri … We pledged in the campaign to ‘do different,’ and with Anne at the helm of the Department of Corrections, that’s what we’re going to do.”

Greitens did not immediately release how much Precythe’s salary would be. Lombardi, who has said he will stay on the job until Greitens is sworn in, was paid $122,000 a year.