Gov. Eric Greitens’ first state-of-the-state speech on the dull side 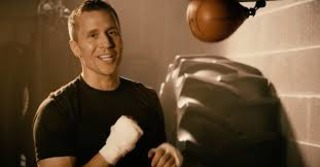 New Gov. Eric Greitens on Tuesday night described his plans for Missouri as “a strong and bold start” for a state that has been languishing.

But Greitens, the fresh face in Jefferson City, actually presented a warmed-over platter of ideas that have been kicking around the Capitol for years in his first state-of-the-state speech.

He started out vowing to kneecap unions with a “right to work” law, basically allowing workers to reap the benefits of union representation without paying dues. But we already knew that was coming; it was a major plank of Greitens’ campaign.

Next the Republican governor moved on to trial lawyers, asserting that they come to Missouri “to do work so dirty, and engage in lawsuits so murky, they wouldn’t pass muster anywhere else.” Matt Blunt, the last GOP governor to hold the office, made the same sort of murky accusations, and got little to show for it.

What is a state-of-the-state address by a new governor without a broadside on excessive regulations? Greitens did not disappoint. Over the last 17 years, he said, Missouri has issued 40,000 pages of new regulations. Using a somewhat head-scratching example, Greitens pointed out that the state requires 1,500 hours for a hair-braiding license. Perhaps he was inspired by Gov. Sam Brownback’s speech in Kansas last week, when Brownback lambasted duplication in his state’s “barbery and cosmetology bureaucracies.”

Greitens’ speech became more interesting when he went after the state’s bloated tax-credit system, accurately contending that “insiders and lobbyists” have “rigged the system” to gain big tax breaks while producing little in return. He promised an “end-to-end audit” of the state’s tax credit system. That is a great idea — in fact, Democratic Gov. Jay Nixon did that very thing in his first term. Lawmakers, who gave all those breaks to insiders and lobbyists in the first place, put the report on a shelf and busied themselves with finding new tax credits to hand out.

Thankfully, just as Greitens seemed poised to launch into a Republican spiel about how cutting welfare benefits bestows “dignity” upon the poor, he actually made some sensible points about the idiocy of yanking benefits from families because their pay increases.

And if multi-millionaire political donor Rex Sinquefield and his minions thought the new governor might lead the way in dismantling Missouri’s public education system, they surely were disappointed. Greitens made a modest proposal for education savings accounts for children with special needs. But he more than balanced that nod to school choice with a call for better teacher pay in public schools and a rather surprising pledge to protect teacher pensions.

Overall, Greitens’ speech contained material that will both anger and please partisans on both sides. Coming from the guy who blew things up with heavy artillery in his campaign ads, it had the feel of a soft landing.