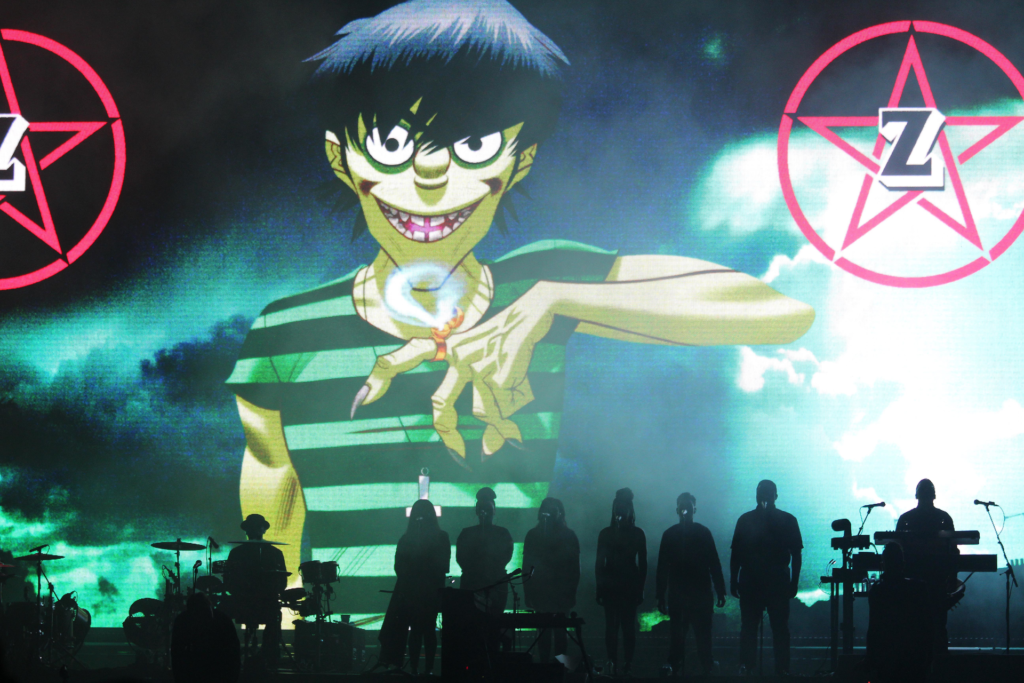 With Vince Staples and Danny Brown

Damon Albarn, the Blur frontman who moonlights as the primary composer for Gorillaz, gave fans at the Sprint Center two thumbs up last night and then committed the classic rookie blunder pretty much everyone expects by now: He shouted that this was Gorillaz’ “first time in Kansas!” 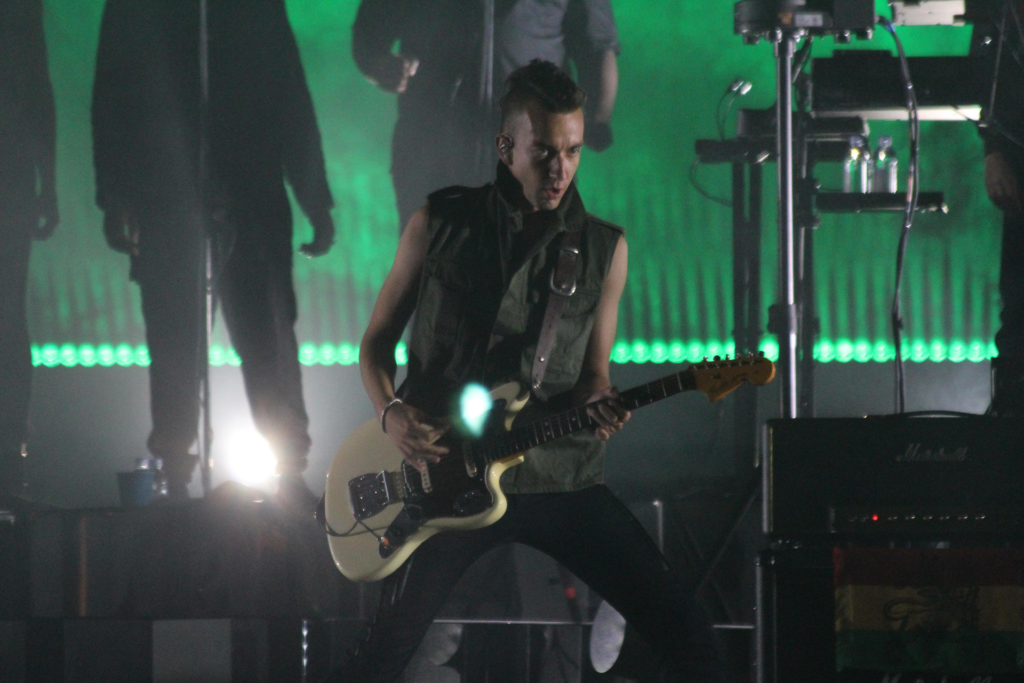 It was indeed the maiden voyage here by the world’s biggest virtual band, and, apart from that vaguely Trumpian misstep (the cluelessness, the double thumbs-up), it was one that delivered several bursts of sheer joy to fans. The opening “M1 A1” combined arena-rock power and Brit-pop flair, and the following “Last Living Souls” built off a sleek, reggae-dub rhythm. This was what we’d come to experience. Likewise, some of the show’s most rewarding moments came when Albarn ditched his guitar, crept across the stage and wailed into a microphone tweaked to sound like a bullhorn. 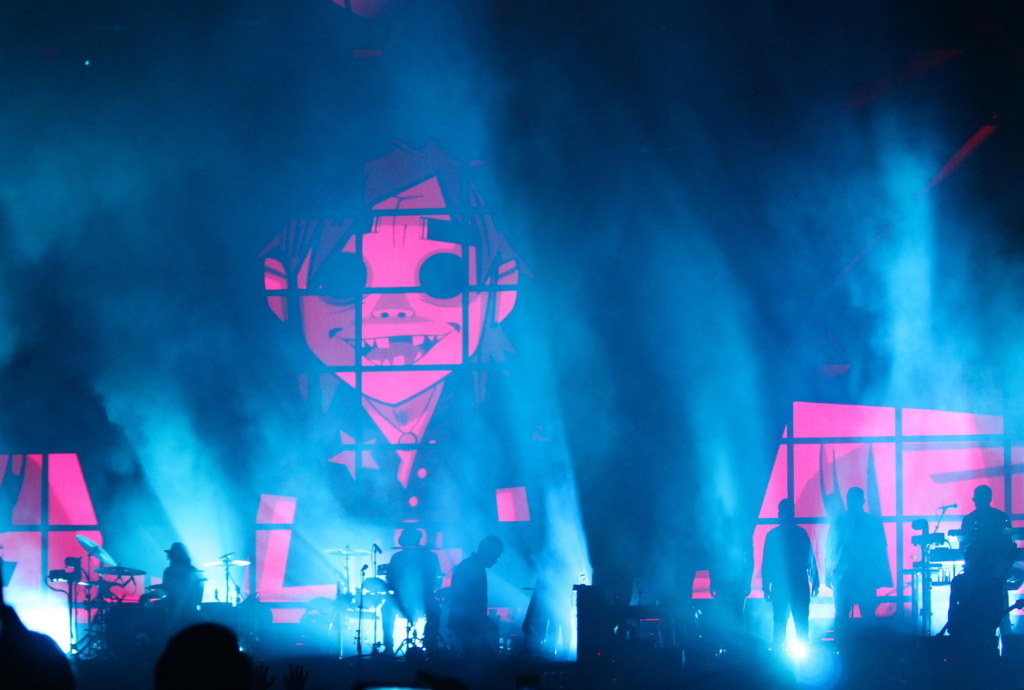 Die-hard fans of Jamie Hewlett, the illustrator who has brought the band’s virtual members to life in videos, had to feel disappointed. While it would have been unreasonable and perhaps redundant to see Murdoc, Russel, 2-D and Noodle perform every song on the giant video board that stretched the length of the stage, we didn’t get enough of the avatars, either. They were more mascots than true parts of the event, not fully incorporated into the set. 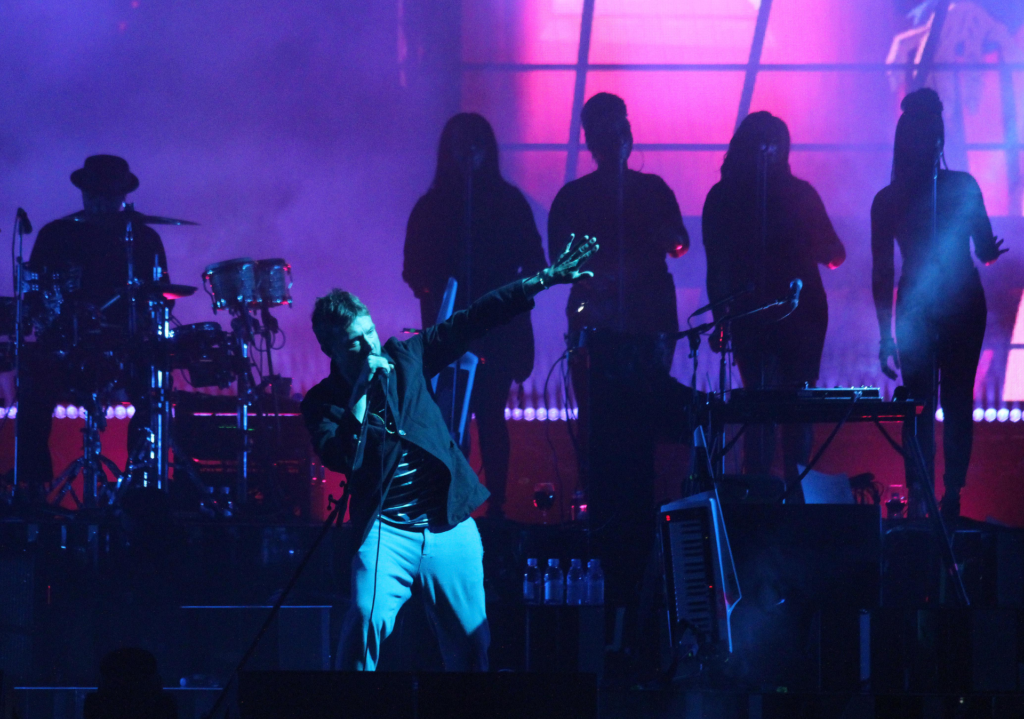 Some of the music simply didn’t land. The emphasis was on this year’s Humanz and its attempts at funk: grooves that don’t burrow below the music’s surface, and choruses that lack the hooks of the group’s early work. Fans seemed to connect with just a few of the eight songs performed from the new album, which made up a third of the set. 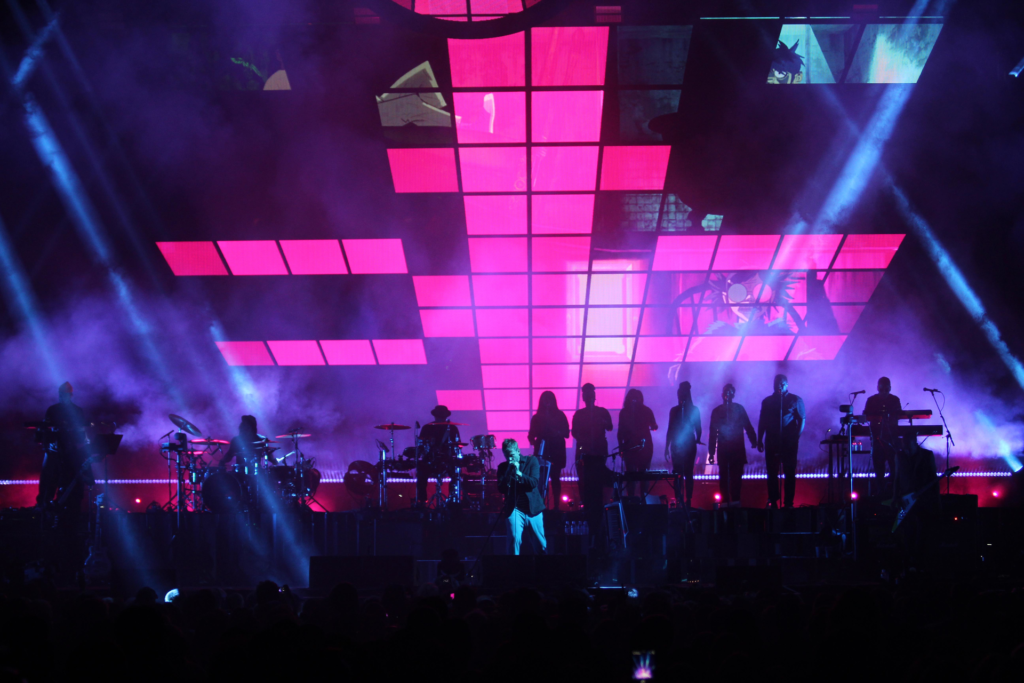 Albarn’s band of 10 or so musicians did manage to keep things lively through some of the more static cuts, and several guest appearances kept fans on their toes. Danny Brown, Vince Staples and Zebra Katz each performed their Humanz collaborations live. Jehnny Beth, of British post-punk band Savages, appeared for “We Got the Power,” and briefly united the 12,000 in attendance behind a rallying cry of universal compassion. 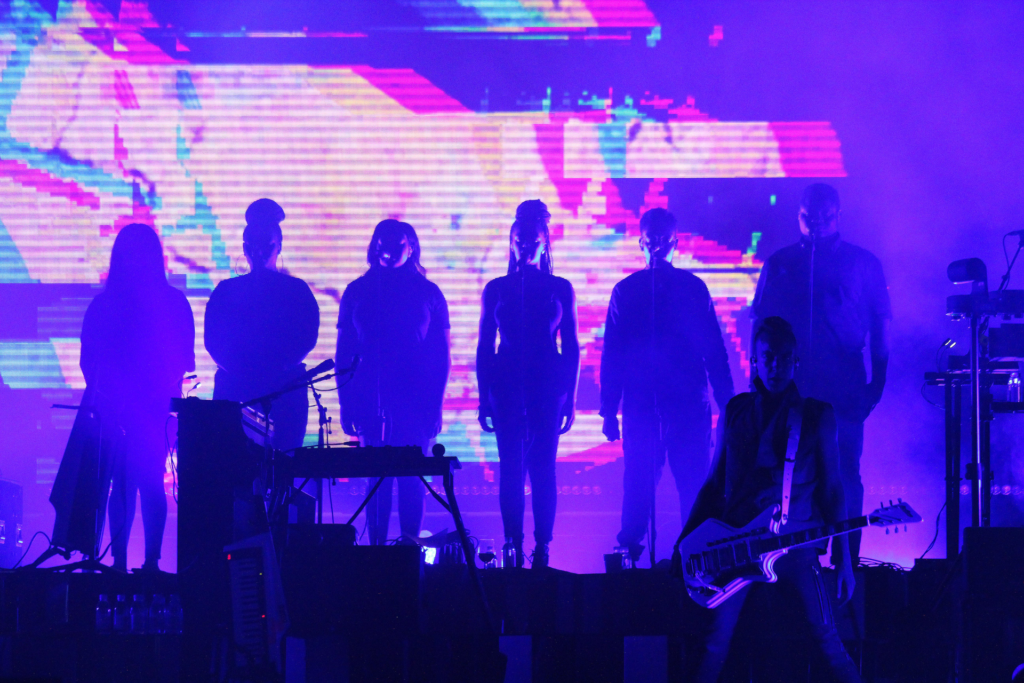 Like a true arena act, Gorillaz saved the best for last. Kicked off by the pulsating Plastic Beach single “Stylo,” the five-song encore was purpose-built to make fans lose their shit, and the plan worked. Albarn called in a couple of friends from De La Soul to perform their part on “Feel Good Inc.” — maniacal cackling included — and the energy rolled right into a memorable “Clint Eastwood.” The night ended with a stirring performance of “Demon Days,” accompanied by a heartwarming montage of portraits of the virtual band. 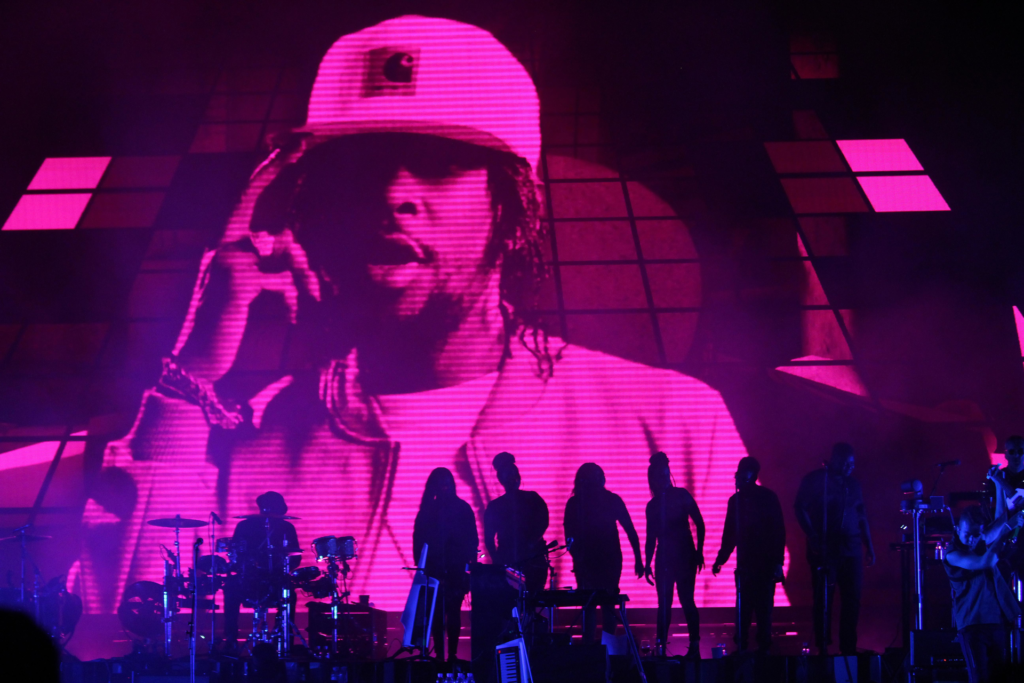 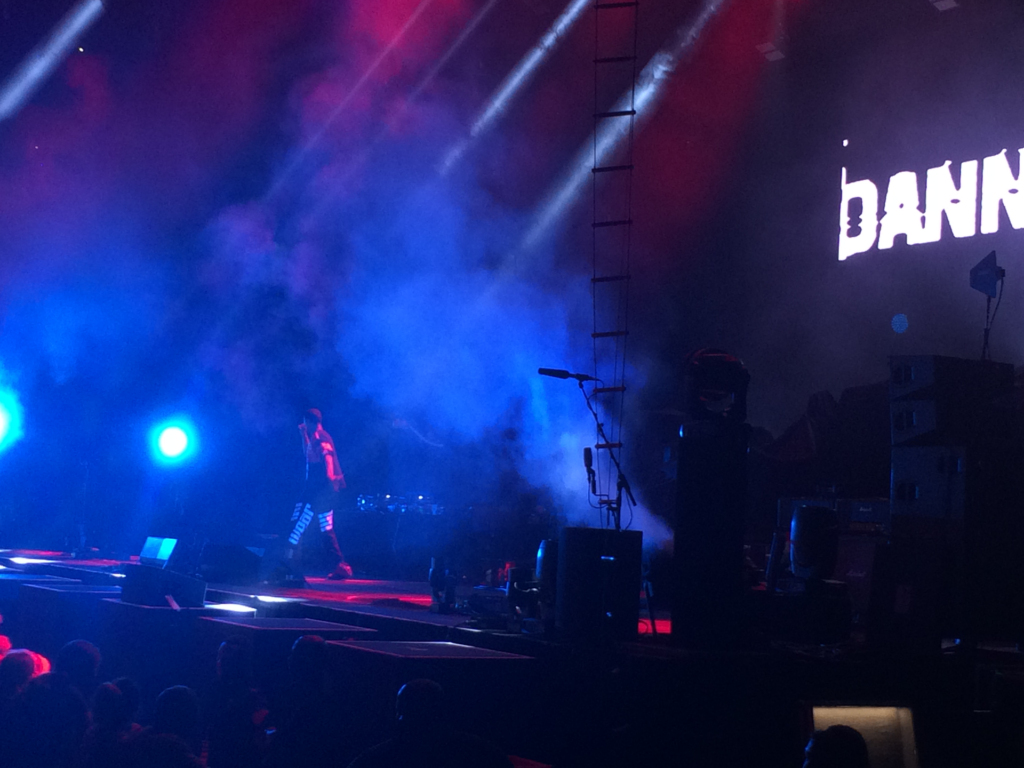 Danny Brown’s set began as a struggle. The Detroit rapper has one of the most distinctive voices in hip-hop, but the crowd refused to budge until two-thirds of his set had flown by. Off-kilter party-rap bangers that would have rocked a theater were met here with silence. By the time the final three songs rolled around, though, Brown was jogging across the stage, and fans had started to figure out Midwest hip-hop’s favorite oddball. 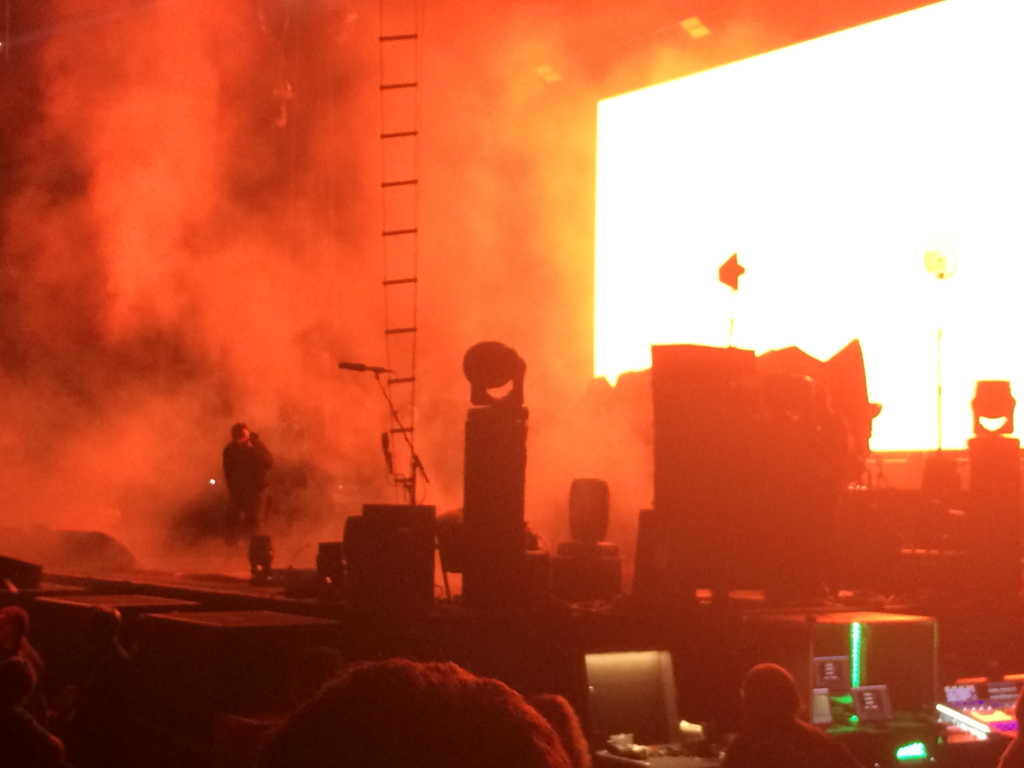 Smoke crawled across the stage and into the faces of front-row onlookers as Vince Staples took the stage. His visit to Lawrence earlier this year was a stark departure from his past local appearances. Some kind of switch had been flipped: Instead of the usual basic stage production and plenty of audience interaction (read: artist roasting crowd), Staples had invested in a big production and made not one joke. A musician we knew as laid-back and funny now wanted to be understood as intensely artistic.

Every Planet We Reach Is Dead

We Got the Power  (feat. Camille Berthomier)

Don’t Get Lost in Heaven