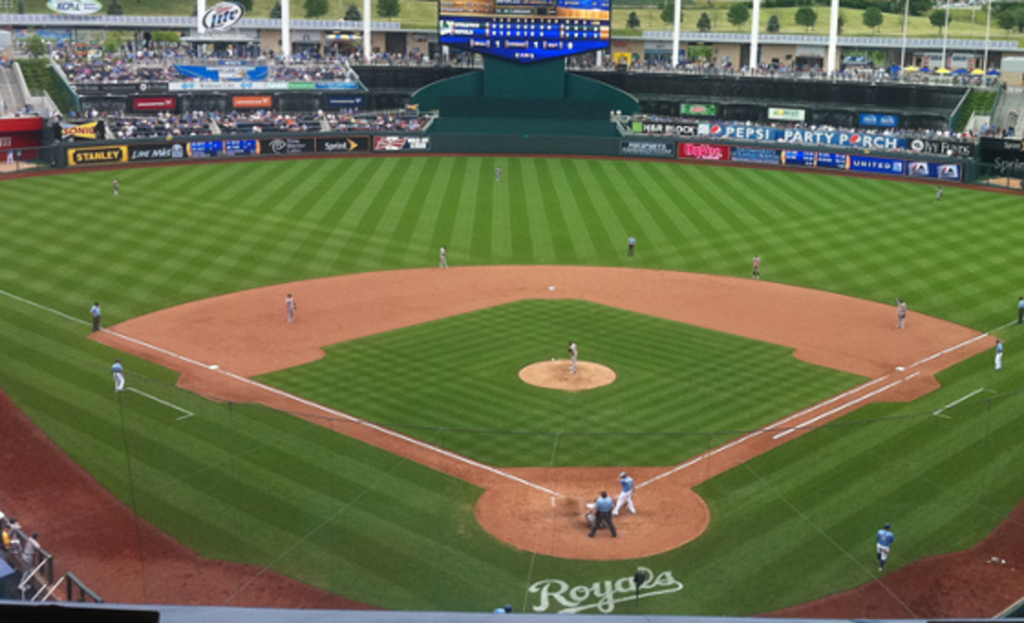 It was a foul ball that likely decided Sunday’s game between the Oakland Athletics and Kansas City Royals. In the top half of the fifth inning, left fielder Alex Gordon raced towards the Roma Bakery sign along the wall just past the visitor’s dugout as a ball off the bat of right fielder Josh Reddick sliced away from him. As the baseball dipped in front of his knees, Gordon shot out his glove for a tidy basket catch.

With his momentum carrying him toward home plate, he then fired a laser to catcher Brayan Pena, to nail Oakland’s Adam Rosales by three steps. Rosales crashed into Pena, managing to dislodge his mask, but not the ball. The double play preserved Vin Mazzarro’s shutout in the game the Royals would go on to win 2-0 before an announced crowd of 21,111 at Kauffman Stadium.